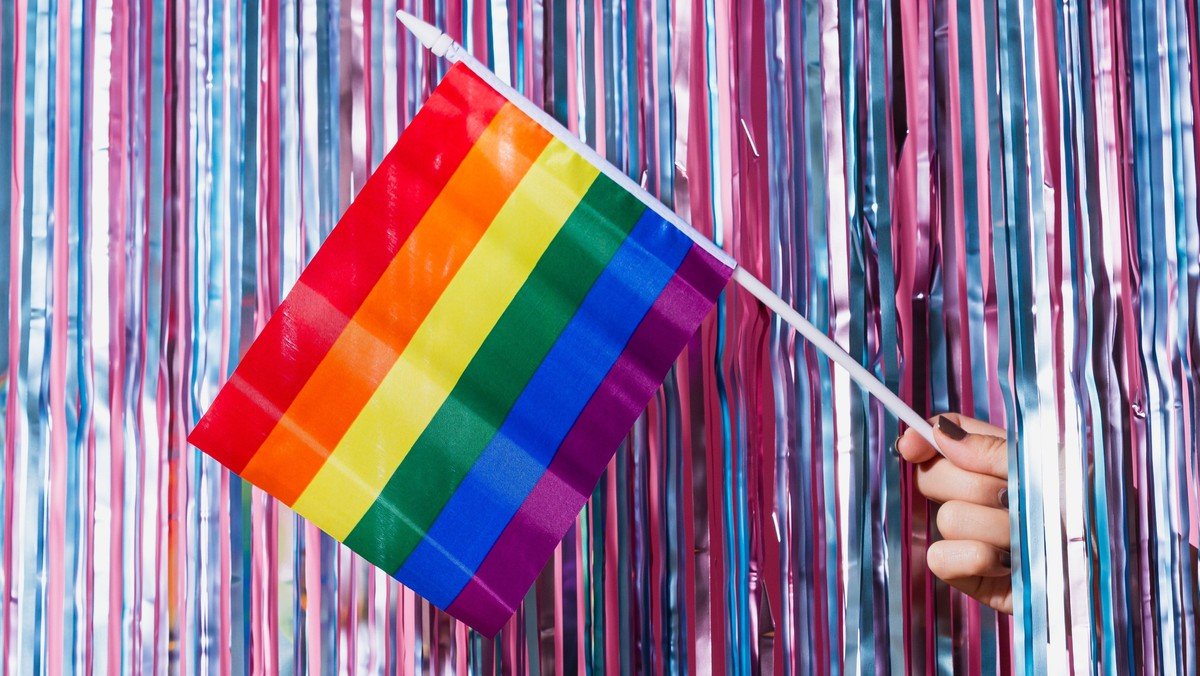 I was never one of the cool kids. I bet that doesn’t come as a surprise to you. But I’m not here to put myself on a pedestal above the cool kids. The truth is that, as a teenager, I came to mistrust and even detest the cool kids, because I feared what they would do to me if they even noticed I existed. I wish I’d had the perspective then to understand what I do now: that all the kids, cool or not, were just insecure and trying to figure out how to effectively manage their environment. Over time, each of us learns to use the tools that seem to work best for us.

In our reading from the First Book of Samuel today, the fledgling nation of Israel wants to be one of the cool kids. After a long period of libertarian-style small government—having only judges to settle disputes among the people and to muster resistance to foreign invasion—the Israelites have come to understand that this really isn’t working. Read the Book of Judges to see the litany of atrocities committed by unscrupulous strongmen and the frequent wars brought on by a lack of border security. Over time the wise judges have become less and less wise. Meanwhile other nations have kings—and they tend to win wars and to gain wealth and security.

Now, the people who come to Samuel don’t say, “We demand free and fair elections,” because, of course, the Greeks haven’t invented democracy yet. Monarchy is clearly the most effective form of government so far. This is why God is so frequently referred to as a king.

But in the metaphor of kingship we can find the reason Samuel resists the people’s request. The people say they want a king to fight their battles for them. Do they no longer trust in God for this? Don’t they remember when Gideon won a battle without even fighting, because God was Gideon’s tactical consultant? The people say they want to be “like other nations”—but what are the other nations like? They sacrifice to their local gods, but ultimately, they depend only on themselves. Why would Israel want to become like these other, ignorant nations? Furthermore, says Samuel, kings will be kings: they will live in wealth and comfort while the people slave away for them.

No, the people want the assurance of a mighty king who can be seen … not a mighty God who can’t be seen and whose prophets might even hold them accountable for their own shortcomings. In short, the people want nationalism. All the cool kids put their country first. Samuel understands that once Israel goes down this route, it will mean that they have rejected God as their king in favor of the idol of coolness.

Well, we might say, who wants to be like the cool kids anyway? Mmmm, anyone who has a well-developed survival instinct has probably at least toyed with the idea. Maybe all the others will not hurt me and will even accept me if I wear the right clothes and hate the right bands and hoard lots of money and have a king instead of these lousy judges.

This self-protective instinct is also on full display in today’s gospel reading, in which scribes from Jerusalem show up to blame Jesus’ healing powers on a demon. Beelzebul is understood to be the ruler of the evil spiritual forces. So the scribes, anxious about their status as cool kids, portray Jesus as working with these evil forces in opposition to God.

But Jesus obliterates their argument with one stroke: “You think I recruit demons to cast out demons? If so, that means that the whole demon world is in disarray, fighting among themselves. Excellent news!” In contrast, Jesus uses an unlikely metaphor, describing himself as a thief come to plunder the demons’ house. He breaks in and ties them up so he can loot their stuff—the stuff they never had a right to claim—the stuff of human thriving. Jesus then delivers some of his very harshest words to these scribes: “Whoever blasphemes against the Holy Spirit can never have forgiveness, but is guilty of an eternal sin.”

I’m afraid these words, taken out of context and misused, have traumatized countless generations of Christians. Have I ever blasphemed against the Holy Spirit? What does that even mean, and how can I know? Is my soul already lost, just because I didn’t know I was committing this sin? Well, please allow me to reassure you that if you’re even asking these questions, it means you have a conscience and are willing to grow and change. Jesus’ problem is with those who would never allow themselves to be that vulnerable.

So what is this “blasphemy against the Holy Spirit”? The scribes claim that Jesus’ healing power originates from evil. But how does this make sense? Casting out demons, healing people’s wounds, giving a home to people who have been excluded just for existing … these are good things, and nobody can argue with that! Unfortunately, the cool kids can’t tell the difference between the holy and the insane, so they are “blaspheming against the Holy Spirit.”

The passage does not say that God will not forgive them. It says that they cannot have forgiveness. We can all confess our sins to God in private, and that’s good. But we’re not just here to check off boxes. Forgiveness becomes effective once we get outside ourselves and into vulnerable relationship with others. If we can never admit to others, “I was wrong,” we cut ourselves off from the kind of community that brings healing. Jesus wants these scribes to hear: If you have become so hardened and afraid that you reject healing for yourselves and don’t want to see others healed either … what hope can there be for you?

Today, one of the worst abuses of Christianity is the insistence that the salvation of our eternal souls depends on believing the right things in our heads—having correct beliefs. In the end, this is no different from saying, “Wear the right clothes and hate the right bands, and you can belong to our exclusive club.” Jesus’ call is quite different from this: he demands that the cool kids yield to the weaklings. He reminds them of what they have always claimed God to be, as we hear in today’s psalm: “Though the LORD be high, he cares for the lowly/He perceives the haughty from afar.” That’s what a real king is like. If these scribes want to experience God’s love, they need to confess their sins and get with the program.

Jesus’ wisdom is not conventional wisdom. The pattern Jesus sets for his followers is to comfort the afflicted and afflict the comfortable. It’s not a new pattern: it is the wisdom of the whole Jewish tradition going all the way back. But pull divine wisdom out of the ancient stories and drop it into the present world, and it becomes difficult for most of us to swallow. So Jesus’ family, embarrassed by him, try to shut him up and take him home. It’s actually an effective illustration of what Jesus was just saying. So Jesus steps away from his mother and siblings and publicly redefines “family.”

This is another passage that we may have gotten too used to hearing. But it can hold a special place for anyone who’s had to grow beyond the dysfunction of their family of origin and strike out on their own. Blood is thicker than water, they say, but love is thicker than blood. As the bumper sticker says, “Love makes a family,” and that is divine wisdom indeed.

Last Tuesday I went down to City Hall for the raising of the Pride flag. I frequently hear people talk about coming out, only to be rejected by their families and churches. And then I hear that some other community accepted them. Jesus typically brings hope and healing through a community of people, and that’s not always the church. Indeed, so many of our churches have decided to be the cool kids that Jesus is forced to heal outside the church. So during Pride month, let’s get clear that Jesus honors the ad hoc families that develop based on love and not just genetics, and that Jesus is not super invested in people connecting that healing with him personally.

But the church can also be this kind of welcoming community—I’ve seen it so many times! Those whose connections with their nuclear families are weak or strained can find in a faith community the family they never had, and those connections can build us up for the rest of our lives. Christian family should be primarily and especially available to those whose blood families have rejected or drifted away from them.

When new families form like this, it’s a little like Jesus healing people on the sabbath: it’s not the pattern historically approved by the culture, so some people immediately write it off as wrong. But they’re refusing to observe what is clearly good: healing. New life. Joy. Gratitude. There is no legitimate way to paint these things as demonic.

And this is how you can spot God at work in the world everywhere: the self-assured are being cast down from their thrones, and the weak are being raised up. You can look at your own life, too. How are your wounds healed? Not through some superhuman effort all your own, but by the welcome you receive from those who understand where you’ve been—that is, your real family—a family that may be unofficial and messy and weird, but which knows who you are and where you’ve been and consistently holds patient space for you to grow into. These are the ones who raise you up to the abundant life Jesus wants for us.

When the church is doing it right, we allow for a lot of messiness and go through it together, practicing patience and grace. Some of us have grown too comfortable, like these scribes, and we need to get messy. Others have been beaten up and abused and need a place to heal gradually. Both groups come together here and learn to minister to one another, gradually erasing the distinctions between us. This is what we call discipleship. Through this process, any one of us can be healed and then also become a healing presence for others, a catalyst for human thriving.

All of us, cool kids or not, are just insecure and trying to figure out how to effectively manage our environment. As disciples of Jesus we must never become the cool kids. But we can welcome into our community both cool kids in recovery and outcasts seeking healing, and we can keep growing together in Jesus’ Way of Love. Amen.