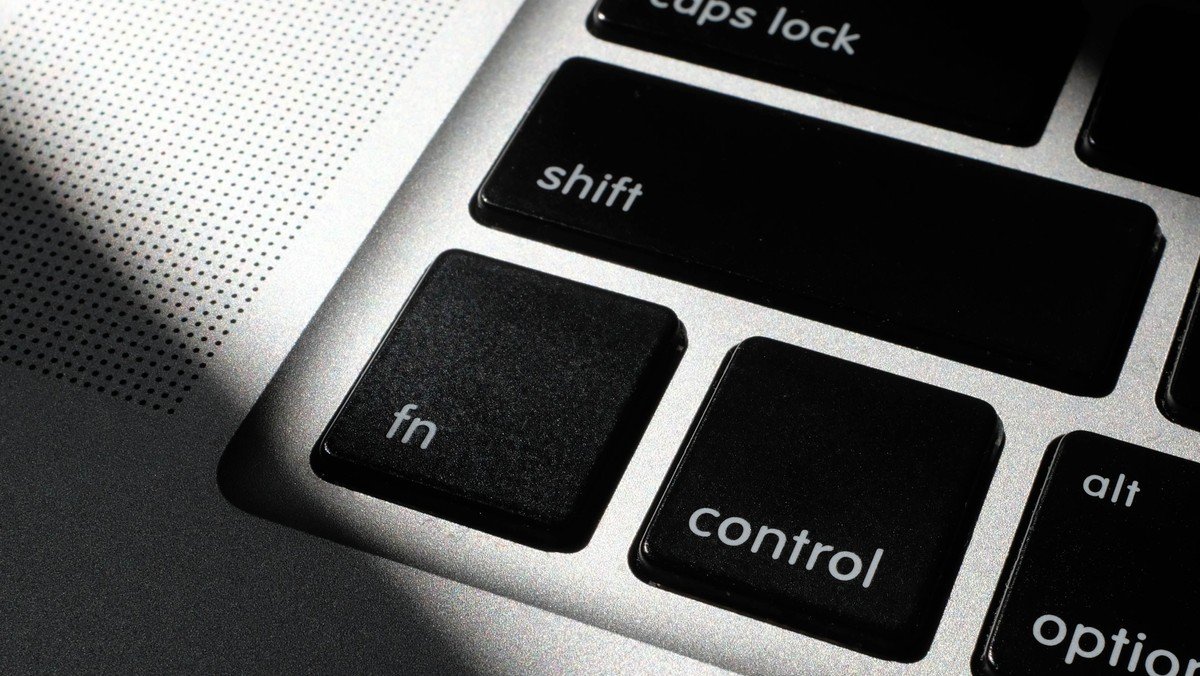 Have you ever felt out of control—like you had no idea what would happen next and weren’t sure you wanted to know, because it couldn’t possibly be good? Maybe you felt like that sometime in the past week.

We all watched on Wednesday as the president of the United States lied, as usual, to his most ardent supporters, insisting the election had been stolen. He told them they were special and that he loved them. He rallied them to march on the Capitol building. And march they did, toting Confederate flags and wearing sweatshirts that read “Camp Auschwitz” and “6 Million Weren’t Enough.” They carried guns, mace, homemade bombs, and zip-tie handcuffs.[1] They erected two execution devices on the front lawn: a gallows[2] and, heretically enough, a cross[3].

Then they breached the gates, smashed the doors and windows, and entered the rotunda intending to put a stop to the workings of our Constitution. Some defecated inside the building and smeared their feces on the floor.[4] Thankfully, our lawmakers were evacuated before any hostages could be taken—and indeed, it’s now clear that Vice President Pence was one of the intended targets of the gallows.[5] It’s also increasingly clear that the president’s appointees had a hand in ensuring that not nearly enough law enforcement was present to protect our country from domestic terrorists.[6]

All of these are now established facts—not opinion, not rumor, and not speculation, and I’m footnoting my sources in the published text of this sermon.

Look, I don’t pretend to be the morality police. My job as a priest is not to scold and berate. My job is to encourage your trust in Christ and growth in love, but sometimes that means first establishing the facts about our context. As Mitt Romney said to Josh Hawley on Thursday, “The best way we could show respect for the voters who were upset is by telling them the truth. That’s the burden. That’s the duty of leadership.”[7] I don’t do this to exert my control, but to help you decide what you will do when you lose yours. So as your spiritual growth coach, my question for you today is this: when you feel out of control, what do you do with that?

God’s call to us, when we feel out of control, is to reflect light into the darkness—God’s light of clarity, truth, and love. Even if that means, for now, feeling more out of control than we felt before. Yes: sometimes we have to lean into being out of control if we are ever to find a way forward that God blesses. Sometimes our call may be to march and to protest. But if so, it had better be for the sake of truth, not lies—for clarity, not confusion. And truth and clarity were not with this seditious mob.

Maybe you voted for this president—maybe even twice. That’s not my concern. Now, if you still think he isn’t being given a fair shake, I won’t hold back from telling you that you’re still missing some key information! But I will still be your priest. You can be a Christian and a member of Good Shepherd and still join the president in believing America should do away with democracy. After all, for Christians, our nationality is not our primary identity. Our true country is much older and deeper.

For it turns out that the Bible is all about politics. When Pharaoh enslaved the Hebrews, they knew that the dictator of Egypt was not their true king. They longed for freedom. After an out-of-control period, God gave them that freedom. When their subsequent system of libertarian self-governance fell into anarchy, the people decided they wanted a king like other nations. But the monarchy of Israel was a pale imitation of the monarchy the people claimed to belong to, those whose only king was supposed to be God.

The selfishness and greed of the people and their kings made the monarchy weak, so it first splintered and then was conquered by waves of invaders. Out of control and suffering in exile, the Jews came to a new sense of themselves as subjects of God’s Kingdom, not that of the Babylonians. Then came the Persians, the Greeks, the Seleucids, the Romans. And the Roman Empire installed local puppet kings, people like Herod who were Jewish but who craved power above all else. When he learned about the birth of Jesus, Herod killed the babies of Bethlehem to maintain control.

Decades later, the early Church proclaimed Jesus as Lord and King not because he was like any other monarch, but specifically because he wasn’t. Jesus abdicated control and allowed himself to be killed. After his resurrection, “Jesus is Lord” wasn’t just a theological statement, but politically charged language spoken against the Roman emperor: “Caesar’s followers declare him to be divine, but when he kills us, we rise in glory!” Those who have the least control over their lives can sometimes find the greatest freedom—if they are listening for God’s voice through the chaos, and not some other, less worthy voice.

In short, according to the Bible, powerful rulers are rarely friends of God. And when they think they are, God consistently takes away their control and urges them to grow. Usually, they don’t listen.

As Americans, we have more recent history to add. Our country was born when we seized control from a king. But only now are we beginning to learn what it will take to become a multi-racial democracy, finally putting an end to white supremacy. Wednesday’s insurrection was a reaction against the long-established but not-yet-realized ideals of America.

Someday our nation will end, too—probably the way most other nations die, as the selfishness and greed of the powerful make us vulnerable. That process may already be well under way—but that’s not destiny or fate. It’s up to us present-day Americans to decide what will happen next. Will we keep insisting on controlling others, or will learn to share control?

I don’t say this to panic you, but to call you to lean into the out-of-control feeling a bit. As Christians, we believe God ultimately reigns, a king in metaphor, but so not like a king. Our true king is not an insecure tyrant, but a confident giver. Our true king incites not violence, but mutual growth in love and joy. Our true king gives power away and doesn’t ask for it back. No earthly leader can live up to this standard. But some earthly leaders are enemies of our King. It’s an awful feeling when our own is clearly one of them.

When Jesus stepped into the Jordan River for baptism, it became clear that he was the divine one—the only one worthy of the true title of King. God the Father and the Holy Spirit announced this to all those who were there. But the very next part of the story is that the Spirit drove Jesus into the wilderness to be tempted by the devil. Jesus, too, was baptized by the Holy Spirit, placed in an out-of-control situation so he could learn from it.

Jesus had to ask himself the questions we, too, must ask: When you lose control, how will you react? Also: when you are given control, what will you do with it? Will you put what control you have in the service of God’s work, meaning that you can’t control everything? Or will you merely use it to gain more control?

Most of you here today have been baptized in water. But there is also that other baptism, the one that can’t be seen, apprehended, or controlled. To be baptized with the Holy Spirit and with fire is to go beyond getting wet, to the real-life work of doing something with your baptism. Just being alive means that, sooner or later, you will lose control. But when you feel out of control, will you flail and scramble and step on others to get control back? Or will you relax into God’s way of being, ride the waves, and allow divine grace to carry you into the next moment?

God promises that while you may suffer, you will not drown. Nothing and nobody God loves is ever destroyed. And that includes you. Not even through baptism by fire, which is what all of life—and death—actually are.

The Holy Spirit gives us gifts and makes us capable. Sometimes these gifts provide us with a valuable and temporary tool called control. When it lands in your hands, don’t abuse it, and don’t squander it. Use it for love.

After Congress finally finished its ceremonial, constitutional duty of certifying the election of Joseph Biden and Kamala Harris, New Jersey Representative Andy Kim walked through the halls and observed police officers and Capitol staff cleaning up the mess. So he asked for a trash bag and began helping them. The Associated Press quotes Representative Kim: “When you see something you love that’s broken you want to fix it. I love the Capitol. I’m honored to be there … It really broke my heart and I just felt compelled to do something. … What else could I do?”[8]

Here is someone who is living his baptism. He finished his day’s work and then, given an opportunity, did a little bit more for God’s world. This is fruit of the baptism of the Holy Spirit, but it is only entry-level stuff. As we grow in Christian skills, we move from cleaning up other people’s messes to addressing the roots of the problems that caused them—something that, hopefully, the representative strives for in his day job. This is where our faith meets our politics, too, as we work in our communities to build rather than to destroy—to include rather than to alienate.

But none of that can happen without first going through the uncomfortable, out-of-control feeling of telling the truth. Even when it hurts. Even when it enrages people. We cannot uncritically include those who prey on the vulnerable. The truth is that last week, our president came way too close to overthrowing democracy so he could stay in power. And though that feels as out of control as anything I’ve ever spoken in a sermon, I know that God is with us as Christians, guiding us to lead others to the Way of Love.

Baptism reveals our gifts from the Holy Spirit, and we are to use them. So now, let’s renew the vows of our baptism, confident in God’s love and redeeming power, confident in our limited but powerful role in the world. We are not to cling to control, but to use our gifts responsibly and then let them go, always poised and ready for God’s next gift to fall into our hands. Amen.