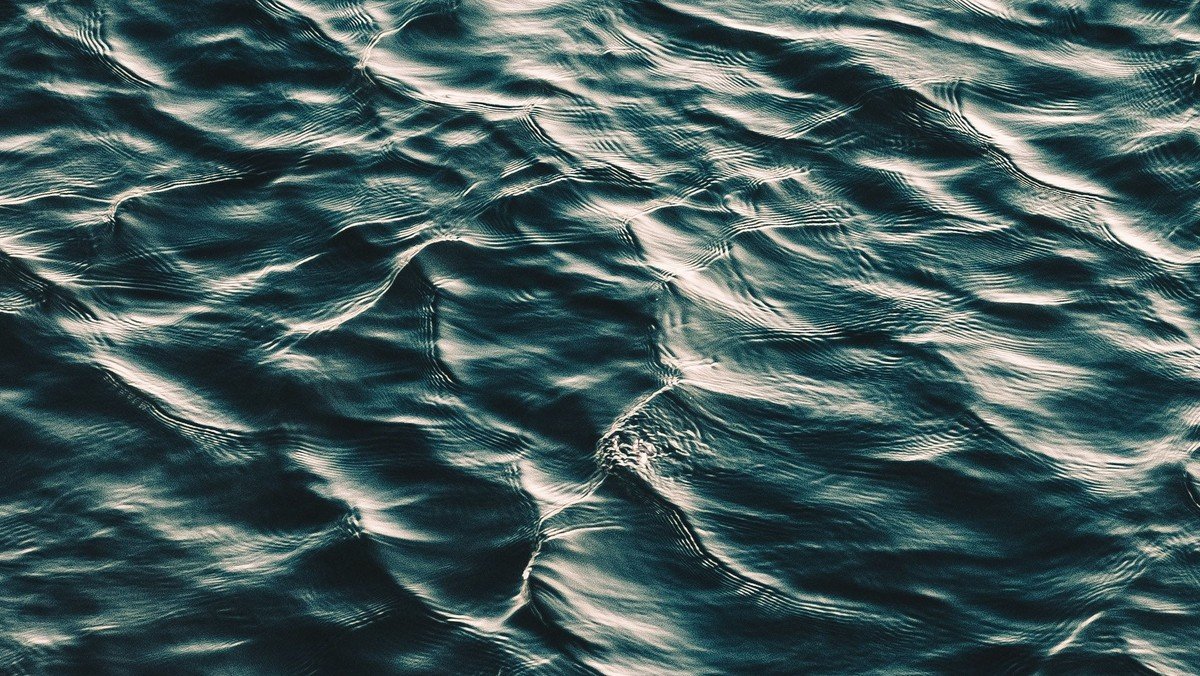 Take 2: Jesus once again tries to get away from it all. After presiding over a meal for five thousand or maybe twenty thousand, Jesus finally manages to schedule a night off. He tells the disciples to get in his boat and go back without him; he’ll catch up. We don’t hear any speculation from the disciples about how Jesus intends to catch up without a boat.

Jesus prays by himself all night. I don’t know whether you’ve ever done such a thing; I have not. I can’t sit still at night for very long without falling asleep, especially if I’m worn out from the day’s work. But it sounds like Jesus is finally getting what he needs to reconnect and recharge.

Meanwhile, I’d hate to be in the disciples’ boat. All night long they row without success against a strong wind. While Jesus is being replenished in the presence of God the Father, the disciples are enduring a raging storm and are in dire need of rescue.

The Hebrew people were never big fans of water. Being a fisherman is gutsy work even now; just ask the people who go to Alaska every summer to trawl the ocean for a whole year’s wages. Now imagine spending all your time in a rickety wooden boat on a lake large enough to develop its own storm systems. The Sea of Galilee isn’t the Mediterranean, but it’s not small. And the most formative stories for the Hebrews begin with God holding back the raging waters—clearing out a space in which we and all other breathing creatures could exist.

God didn’t have to do this. The sacred writings even tell us that God changed course once, in Noah’s time, pulling back the divine hand to allow the waters to surge over us again, and only afterward reestablishing new conditions through which we have air and green growing things. We’re only ever one holy action away from losing it all. In Psalm 29, we hear that “God sits enthroned above the flood.”

And so the disciples have been rowing all night against a strong wind. They have taken turns to rest, but it’s hard to say which is worse: continuing to row when your arms are numb and tingly, or sitting idly by and entrusting the work to others. Everything has gone wrong, and despite having been fed with miracles just a few hours ago, the disciples find that their only remaining bread is anxiety.

Then—what’s this? A vision? An apparition? Oh, God help us, things are even worse! We’re being teased by a vision of Jesus. Has he died and come back to haunt us? Does an evil spirit taunt us by projecting this image of our dear friend, incorporeal and untouchable? If Jesus were truly with us, we wouldn’t be in this fix. If Jesus were really here …

And here is Peter, always ready to speak something into the silence, anything, just to have something to say: “Well, Lord, if it really is you …” (I mean, hey, who wouldn’t doubt this? Our whole world is ending in tempestuous torrent, and now our trusted rabbi is walking on liquid?) “If it really is you … then direct me to come to you on the water. Make it possible for me to do what you’re doing.”

Years later, Paul would write to the Romans about how God relates to us. He would say that it’s one thing to follow the law of Moses, and indeed, every good Jew should. But he would quote the Book of Deuteronomy to assure them that we don’t have to cross a stormy sea to go get the law, because it’s built into our very selves. It’s not about checking off some list of rules; it’s about participating in a miraculous world, the creator of which we know we can always rely on.

Even so, in an instant, in a change of weather, it can feel as if the divine promises have been revoked, that the rainbow meant nothing after all, that God’s protection is yanked away from us. Anyone who has ever gone under too suddenly and inhaled some water can testify to this.

Peter doesn’t know it, but with his last available breath, he cries out the entire reason for the law of Moses, the whole justification for God’s love for us, and the revelation of all of human nature:

Salvation. That’s a word that’s been used and abused in so many ways. It’s a word that we Christians have taught others to regard with suspicion, like we’re trying to sell them something they don’t need. We’ve allowed its definition to get narrower and narrower until it means nothing more than “punching the ticket for the correct destination when you die.” Salvation: throw away all your other encyclopedias, because I have the only set for you! Don’t miss this amazing deal! Not available in stores! You have a choice: life or death! Which will it be? Well? Well?

The Church has turned salvation—something so mystical, so deep, and so universal—into a shallow parody of itself, and for this, we need to repent.

Did I say shallow? Hmmm … this storm looks a little nastier than it did a moment ago.

Amazing grace! How sweet the sound
That saved a wretch like me!

Who’s a wretch? I’m not wretched! I mean, I’m not perfect, but I’m a good person! Don’t you dare tell me I’m not. Now … isn’t this boat ever going to make headway? The wind sure is strong …

Mercy? I don’t need mercy! I’m no sinner; I do my best! How dare you suggest otherwise? I love everyone and treat everybody equally, all the time. I’ve never failed at that! I follow the rules, and I respect authority, and I … um, guys? I think we’d better bail out this boat …

When the storms of life are raging, stand by me …

Look, I’ve been a good person all my life! I’ve never intentionally hurt anyone! Never! And furthermore, I don’t owe anyone anything! I’ve worked harder than anyone else I know. They’re the ones who need to change. Everything I have, I built myself! But now everything I built is crumbling, and all you can do is look at me like it’s my fault? And now this boat has capsized, and my friends are gone who knows where, and my body is failing me, and everything’s crashing down over my head, and … and … and …

It’s done. You are saved.

Not in the way you think. Don’t change the subject.

Because you asked. Oh, you of little faith. Did you really doubt that I would?

“All I wanted to do was walk on the water.”

A grand notion. Good for you. But I thought you might need a little help with that. Why did you try to go it alone?

You didn’t build your life alone. Let that illusion go. It almost drowned you.

Join me for a walk on the water. The sea is calm for now, but somewhere else there’s a storm and people in need of rescue. Come on!

“If you confess with your lips that Jesus is Lord and believe in your heart that God raised him from the dead, you will be saved.” That’s not a bullet-point to-do list. It’s not a recipe for your best life now. In fact, it’s not about you at all, and it never was. “Everyone who calls on the name of the Lord shall be saved.” Quit agonizing over this and accept the invitation to a new way of life. It’s called salvation, and it’s marked by joy and generosity. It happens when you turn and face outward. It means that your life will have eternal value and purpose, not because of the work you personally accomplished, but because of the love you lived with others—regardless of how much of your work succeeded or failed.

And when you look back on your life, you may feel a sense of accomplishment. But it’ll be much different from patting yourself on the back. In fact, your life will be marked by both joy and sorrow, because you waded into the storm, and a lot of people’s hard work is destroyed in a faithless and fallen world. Much of your work, too, will have been destroyed. Regrets? You’ll have more than a few, and all worth mentioning, because you didn’t insist on doing it your way. You chose love instead, and you got hurt a lot.

Yet you will see that your life was also full of miracles.

Yes, believe with all your heart and confess with your lips. Not because it’s work, but because being saved is no work at all. It’s a lark. It is joy. It is pure gift.

The real work comes in living the salvation of an authentic life, in which you screw up, in which you apologize, in which you say, “Wow, I had no idea how wrong I was, and my boat capsized. Now I have to start all over again. I wonder what my work will look like the next time around?”