Miracles Are for Everyone 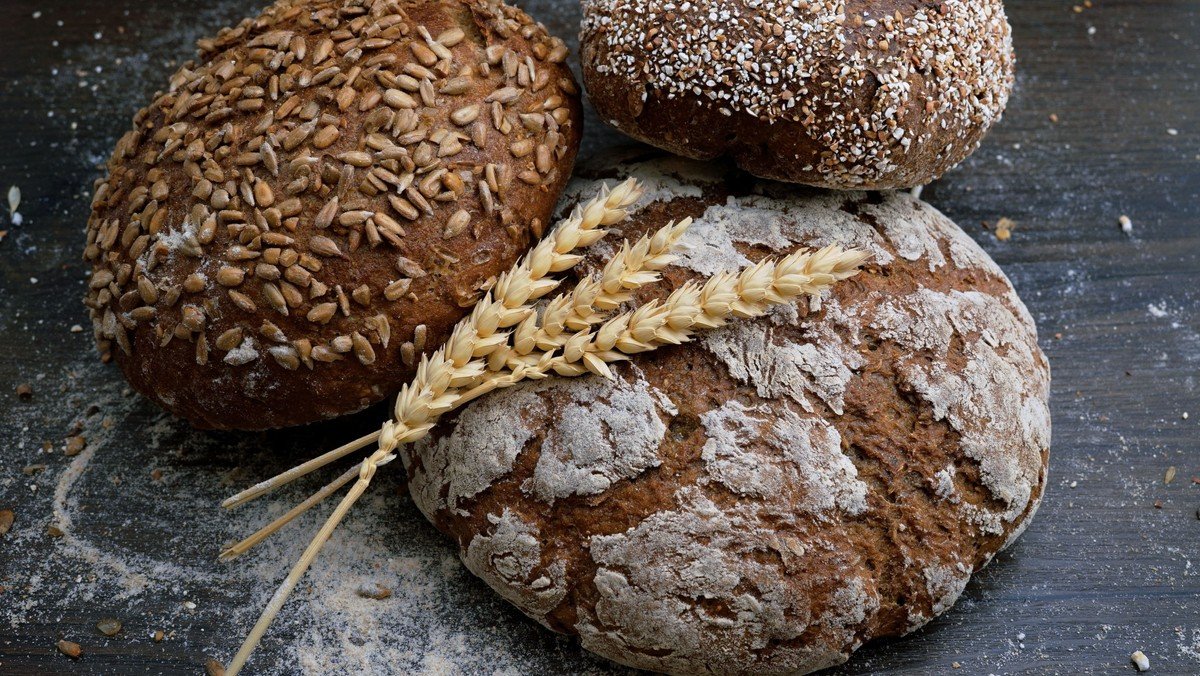 Jesus really needs a vacation, but he can’t even catch a break.

John the Baptist has just been executed. When Jesus hears this, he immediately goes off by himself. It’s not the only time in the gospels when Jesus tries to get away from it all, to grieve, to process, to spend some time in quiet prayer. But word gets out among the self-appointed paparazzi, and next thing you know, thousands of people are there to greet Jesus’ boat when it arrives. And hey, look, the disciples are with them! I wonder who tipped the crowd off? Oh well, thinks Jesus: sometimes the interruption is the work.

And now we have arrived at the only miracle of Jesus reported by all four gospel writers. Usually John is the odd man out, as he builds his gospel on just a handful of Jesus’ miracles but goes deep into them. Most of his aren’t reported by any of the other three. But the “feeding of the five thousand” is the one miracle that every single gospel writer felt was central.

We hear the story from Matthew this year, but it’s worth comparing with the other versions. In John’s gospel, Jesus and the disciples have barely arrived at “a deserted place” when the crowds show up, and Jesus immediately challenges his disciples to feed them. But in the other three gospels, known as the synoptic gospels because of their similarities, the crowd has been there all day.

In Mark, Jesus has just been teaching the crowd “many things.” What things? I’d love to know what they were. In Matthew, as we just heard, Jesus has been curing the sick people among them. And in Luke, it’s both: we hear that Jesus “spoke to them about the kingdom of God, and healed those who needed to be cured.”

Matthew doesn’t say anything about Jesus teaching the crowd, but I don’t imagine that Jesus remains silent while he is going around curing the sick. Surely he must be in conversation with them. Maybe it happened a little like this …

“Rabbi, please heal my son! He has always had trouble breathing when he gets overexerted. But now he struggles for air even when he sleeps, and he has stopped eating.”

“Jacob, I bet you know your psalms. ‘The Lord is gracious and full of compassion …’”

“That’s right, Jacob. Do you remember more? ‘The Lord is loving to everyone …’

“… ‘and his compassion is over all his works. The Lord upholds all those who fall; he lifts up those who are bowed down.’”

The father cuts in: “Amazing! Jacob hasn’t been able to say more than a few words at a time without beginning to gasp and strain, but now …”

The boy continues: “‘The eyes of all wait upon you, O Lord, and you give them their food in due season.’ Rabbi?”

“I just realized how hungry I am!”

And so Jesus continues through the crowd, and he comes to an old woman. She is all alone; who knows how she got this far into the wilderness? She says, “Rabbi, my name is Miriam. My entire family is dead. I have no money left, and like the widow of Zarephath, I was just about to prepare my final meal. But I heard about you, and I decided I had to see you once before I die. Pardon my creaky voice—I’m quite thirsty, too.”

Jesus gives her a sad smile. A number of young families are standing nearby, listening in. Jesus says, “Miriam, do you remember what the Prophet Isaiah wrote about being thirsty?”

“Of course!” the woman replies, wetting her lips and throat as best she can. “‘Ho, everyone who thirsts, come to the waters: and you that have no money, come, buy and eat!’”

Her voice falters and she has to sit down on the ground. But one of the young men nearby takes her arm and continues for her: “‘Come, buy wine and milk without money and without price.’ Miriam, these words are for you. When my mother was alive, we managed to get by. Now that she is gone, my family is lonely, and my children miss their grandmother. My name is Hezekiah, and here is my family. There’s a bed in our house and a place at our table for you.” Hezekiah pulls a water bottle from his pack and shares it with her. “I would offer you wine and milk, but I only have water today.”

As the water trickles down her chin, Miriam grins a grin that hasn’t come to her face in years. But it’s clear to everyone that unless she has something to eat here and now, she’ll never make it back to become part of Hezekiah’s family.

Jesus’ disciples are thinking the same thing: “This is a deserted place, and the hour is now late; send the crowds away so that they may go into the villages and buy food for themselves.”

“No,” Jesus says, “that won’t be necessary. I’m giving this job to you. You feed them.”

Peter gets that look on his face: that overdramatic look of disbelief that the other disciples sometimes tease him about. But not this time. They’re all thrown off by this. Thomas exclaims, “Impossible!” and Thaddeus mumbles, “How on earth?” and Matthew starts doing the math about how much this will cost.

Judas says, “Do you have any idea how many people are here, Jesus?”

“Well, what about the women and the children?”

Andrew looks confused. “Judas, wouldn’t it be easier to estimate a count of everyone? Did you literally count only the men and skip over all the others? You realize that’s more work, right?”

But Jesus interrupts. “Well, what food do you have?”

John pipes up, “We have five loaves and two fish!” Simon the Cananaean nudges him and tries to hush him up, but it’s too late.

Shocked silence. Finally Philip says, “But … if we share it, we’ll only feed a couple dozen people, and then there won’t be any for us!”

Philip didn’t have to say this, though. It’s where everybody’s mind went. It’s where everybody’s mind goes still. Right now, our government is trying to work out how to give as little money as possible to increasingly desperate people, while also making sure that they themselves will have all their needs (and wants) met. Can you blame them? Wouldn’t you do the same in their shoes? Are you making similar calculations now, in your own life, on your own scale? What if tens of millions of Americans lose their homes before this pandemic ends? What would you consider to be your responsibility to them?

Jesus looks at his fearful disciples. They’re not stingy—they’re just realistic. But he doesn’t have to say anything. They know there’s no point withholding anything from Jesus. John hands over the five loaves and two fish.

Judas heaves a deep sigh, steps to the top of the hill, and projects his best crowd-control voice. “Attention, everyone! Jesus has something to say!”

Jesus looks a little annoyed with Judas. Nevertheless, he looks out at the crowd and announces, “It’s dinnertime! Have a seat on the grass. Sit next to someone you don’t know, and introduce yourself. But first, let us pray.”

Jesus takes the bread and lifts it high so everybody can see. And all the people are taken by this action. What is he doing?

Jesus blesses the bread: “Baruch atah, Adonai, Eloheinu melech ha-olam, hamotzi lechem min ha-aretz.” And all the people feel the blessing coming down on their heads and rising up from within them.

Jesus breaks the bread. Now it is longer a meal for one, or for a family, but for multitudes. And something in the crowd breaks as well.

Jesus gives the bread to the disciples. Their skepticism has melted away. Carefully, they begin to break the bread into smaller pieces and hand it out. But at some point, somebody takes what remains from their hands, and they no longer know where it goes.

Now we see little Jacob happily eating a large portion of bread, even though Judas didn’t count him among the five thousand. Jacob’s father hasn’t eaten yet; all he can do is stare at his son in joyful disbelief. For the moment, to use another Jesus expression, Jacob’s father has food to eat that we don’t know about.

Judas didn’t count Miriam either, but here she is now, telling Hezekiah how delicious the fish is, and they are laughing together and making arrangements for her to move in. Hezekiah’s children are peppering their newly adopted grandmother with questions: “Who was your family? Did they have children our age? What games do you like to play?”

There are actually more than twenty thousand people here. Twenty thousand came out to the wilderness, stayed there all day, and got hungry. And then somebody offered them something to eat. It was enough. It was more than enough. As the crowd dispersed, many of them left food behind, just in case somebody else hadn’t eaten yet. There were twelve baskets of leftover food.

Somewhere in that crowd was a skeptic. I guarantee you. Some guy—we’ll call him Ezra—had packed his own sandwich, because he was no fool, and he knew he’d get hungry that far out from the villages. Ezra had heard about Jesus and wanted to learn more, but he was only going to do this on his own terms. He saw the rabble that showed up along with him, and he was frankly a little disgusted by them. If they just improved their work ethic, they wouldn’t be so hungry. If they took better care of themselves, they wouldn’t be sick. After all, everybody knows that God helps those who help themselves. Ezra believes, erroneously, that this is a quote from Scripture, but then, there’s a lot of stuff in there, and he didn't pay much attention in Hebrew school.

Ezra doesn’t share his sandwich. It’s only enough for him, after all. Ezra watches this whole scene playing out, and he grumbles about all these smelly people, and he thinks he’ll probably cut out early to make it home to his family before dark.

As Ezra turns to go, though, he feels a tug on his tunic. He looks down. It’s little Jacob. “Sir, would you like some bread?” The child’s grubby hand is extending a generous hunk of a loaf. Ezra pauses. His sandwich is already digesting. But he takes the bread, thanks the child, and then heads for home, lost in thought.

Miracles, it turns out, are not just for those who deserve them. Miracles are for everyone.