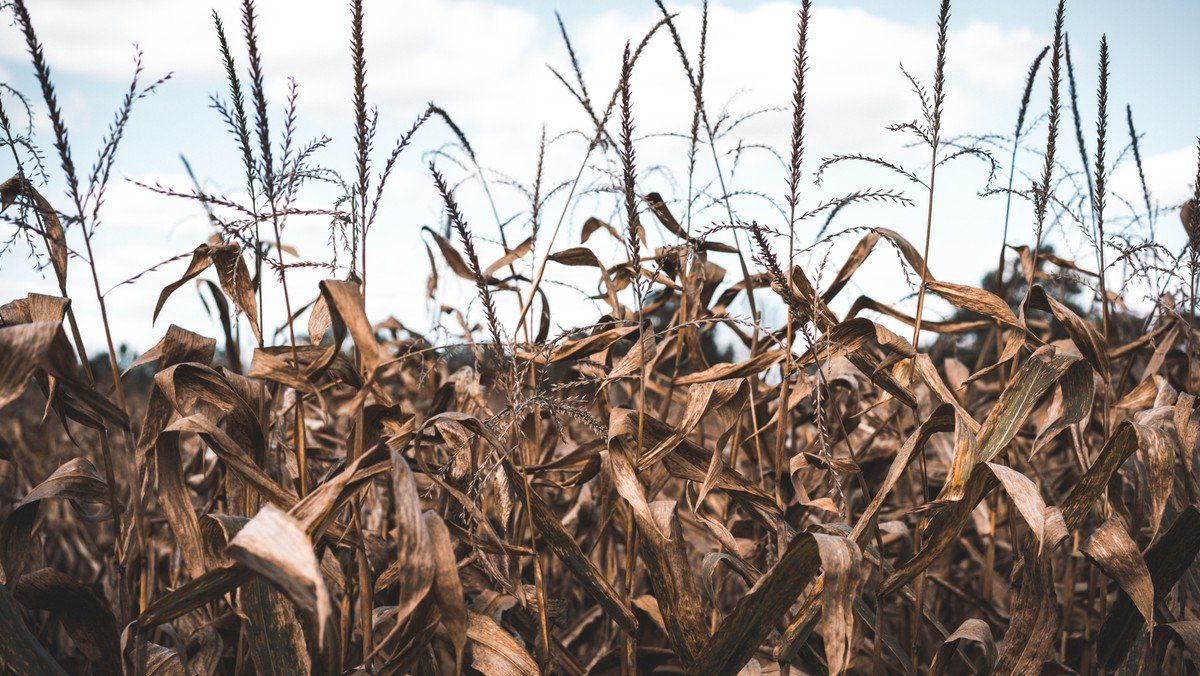 I’m going to begin this sermon with a spoiler alert. If you have never seen the movie Return of the Jedi … well, you’ve had 37 years to do that. So, tough luck: I’m going to give away the ending.

At the end of Return of the Jedi, Luke Skywalker and his father, the evil Darth Vader, are locked in a vicious lightsaber battle while Emperor Palpatine watches with glee. Young Luke’s friends are trapped in military ambushes elsewhere, so all other hope appears lost. It would seem that Luke has no choice but to resort to violence and destruction, to kill Vader and the Emperor and try to turn the tide of the war. Yet instead of giving in, Luke gives up. He tosses his weapon aside and announces that the Emperor has lost!

The Emperor’s face contorts with rage, and he begins to shoot blue lightning bolts out of his hands. Luke writhes on the floor in agony, and inside Darth Vader, a struggle is raging. It’s so pronounced, you can see it right through that horrid black helmet. Vader looks from his son to his master and back again, and then he makes a decision. He picks up the Emperor and hurls him over a balcony to his death. In doing so, he sustains injuries that will shortly take his life. But that doesn’t matter. Darth Vader has saved his son. The spark of good has risen to the surface, and Darth Vader—no, Anakin Skywalker—dies a redeemed man.

In our time, are there many fictional characters as universally synonymous with evil as Darth Vader? Yet that evil is ultimately redeemed. And it happens not through the evil one’s destruction, but through his self-sacrifice. We might even call this a story of wheat and weeds.

In Jesus’ parable of the wheat and the weeds, the farmer’s servants alert their master about a spoiler: the farmer’s enemy has sneaked into the field in the middle of the night and planted a bunch of weeds. Now, this is ridiculous. Why didn’t the enemy just ravage the field, uprooting all the wheat and destroying it? Presumably, the enemy doesn’t have that kind of power. He cannot destroy, but he can spoil, for now.

What will the farmer do in response to this mischievous act? Like last week’s farmer who sowed seeds in every conceivable place, whether the seeds could be expected to grow there or not, this farmer also makes a questionable farming decision. He decides to let the weeds grow. This particular weed is called darnel, and it looks so much like wheat that in some cultures they call it “false wheat.”

But to let the weeds grow? Wouldn’t it make more sense at least to try to tell the difference—to uproot as much darnel as possible, even if some of the wheat is accidentally lost as well? Otherwise, both the wheat and the weeds will go to seed, and you’ll never get rid of the weeds! I know this much just from pulling dandelions in my yard. So it’s perfectly logical to take a loss on the wheat in an attempt to get the weeds under control.

Logical, yes, but that’s not how Jesus works. Why? Because the wheat is simply too precious. In the field of the universe in which God has planted all the wheat of creation, every stalk counts. God’s wheat is infinitely available, but none of it is disposable. Even the very rocks, rivers, and animals are wheat. And within ourselves, we find that our kindness, love, and generosity are also stalks of wheat. So we’re not just individual stalks; God is carefully, lovingly growing wheat within each one of us, and God wants every single stalk to go to seed. To lose even one is an unacceptable loss.

But now, thanks to the farmer’s enemy, weeds can be found in us as well. Our meanness, self-centeredness, fear, greed, and apathy ... our preference for comfort over self-giving love ... our insistence that all good things are scarce and must be hoarded ... even our lack of concern about the presence of weeds is a kind of weed.

And so often the weeds do, indeed, look like wheat! I may be dedicated to another person in a way that looks very much like healthy wheat. But if that dedication becomes codependency or possessiveness, it’s actually a weed. My interest in financial security could so easily become failure to trust that God will provide. My love for my family could become a desperate fear of losing them—that’s how Darth Vader first went wrong.

These days in the news, it seems we can find almost nothing but weeds. And on top of everything else is a global pandemic still in its first wave, but out of control in most of our country. Some other countries have managed to get on top of it, but not us—and health crises and economic disaster loom for a high percentage of our population, with no relief in sight. All around us is chaos, and even truth is endangered. Many people are taking refuge in comforting lies rather than accepting the difficult but confirmable facts. What are we to do about this?

When we turn to Jesus for help, we get a very strange answer: do nothing. Let the wheat and the weeds grow together. You don’t have the ability to judge which is which.

But wait a minute, Jesus. Are you kidding? I know this dictator is a weed, and that politician, and this criminal, and that awful neighbor, to say nothing of this terrorist and that molester! Are you saying we can’t pull these weeds? No, he says, because the problem is too complex for that. Remember that we’re not just saying people are either wheat or weeds, but even our very traits and tendencies. Remember how many people longed for the death of Darth Vader, notorious mass murderer … yet all the while Luke longed for his father’s salvation. Remember that Moses was a murderer, and King David was an adulterer, and St. Paul persecuted the followers of Jesus.

Usually when I preach about a parable, I first consult the writings of Episcopal priest and author Robert Farrar Capon. I quote him a lot. And about this parable he writes this: “Since good and evil in this world commonly inhabit not only the same field but even the same individual human beings—since, that is, there are no unqualified good guys any more than there are any unqualified bad guys—the only result of a truly dedicated campaign to get rid of evil will be the abolition of literally everybody.”[1]

Capon goes on to point out that this doesn’t mean Christians should never combat evil; indeed, now more than ever before, we must protect the innocent with our masks, our voices, and our votes. When it comes to seeking justice for all, we will never run out of work. But we must understand that no program of violence can lead to salvation, and no show of force will ever wipe evil off the face of the earth. When we become Christians, we abdicate the right to give up on anyone … ever. To give up on people is to try to pull the weeds that Jesus specifically asks us to leave alone.

It strikes me, then, that the best we can do in the meantime is to be wheat and to do what wheat does: grow, go to seed. When we produce thirty, fifty, and hundredfold, we use the soil’s nourishment so well that some weeds will never be able to take root at all.

In his explanation of the parable, Jesus tells his disciples what will happen at harvest time: “The Son of Man will send his angels, and they will collect out of his kingdom all causes of sin and all evildoers.” That will mean that every one of us is inspected. The fourth-century theologian Gregory of Nyssa envisioned this process to be like pulling a thick, dirty rope through a tight metal ring very quickly, stripping off all the filth and impurities that have collected on it. Or you might prefer the gentler image of a school nurse inspecting children’s heads for lice: a tedious yet loving task.

So God’s kingdom, then, begins the way it is now, with everything and everybody in it. Nobody will be left out who wasn’t first allowed in. Christ’s resurrection power is midwifing the whole creation through its labor pains. Only then can the sifting begin. If I have hate in my heart, it will be rooted out. If I have greed in my soul, it will be burned. All these little sins that have become so much a part of me have no place anymore, no matter how much I might want to keep them. Like Darth Vader on the Death Star, I will be reduced only to my wheat. All that remains will be that which I am willing to give away for the sake of love. And that purest part of me—the part God created and adores—will exist and grow to maturity eternally. So will it be with every one of us.

Can it really be that the goodness in us cannot be destroyed by the bad? Can it be that no matter what evil things befall us, God will ensure that we are, in the end, whole and redeemed? Can it be that God’s answer to our most horrific sins will be a great unburdening? Can it be that the field of this polluted, weed-infested world will bear a bumper crop anyway? Jesus seems to say so. He tells us that God cares for every grain of our wheat.

Times like these turn us all into psalmists, pleading with God for mercy, asking for signs of God’s favor. Why doesn’t God intervene and fix all this? Doesn’t there come a point where the mess is just too big, the weeds too plentiful, the world beyond repair? In our despair, we may even prefer to avoid God—to take comfort instead in our most familiar, most addictive sins. But once we learn that God cannot be escaped and has no interest in destroying us, we can find in God the comfort of a mother rocking us gently. We can turn to her and plead, with the psalmist, “Teach me in your way … and I will walk in your truth. Knit my heart to you … for great is your love toward me.” Let us pray.

O God, you know our wheat and our weeds. Never let the weeds overtake us and choke us. Bring us, we pray you, safely to your threshing-floor. Root out any evil you find in us, as painful as that may be, and make us fit for eternal life and eternal joy. Amen.