An Invitation to Play 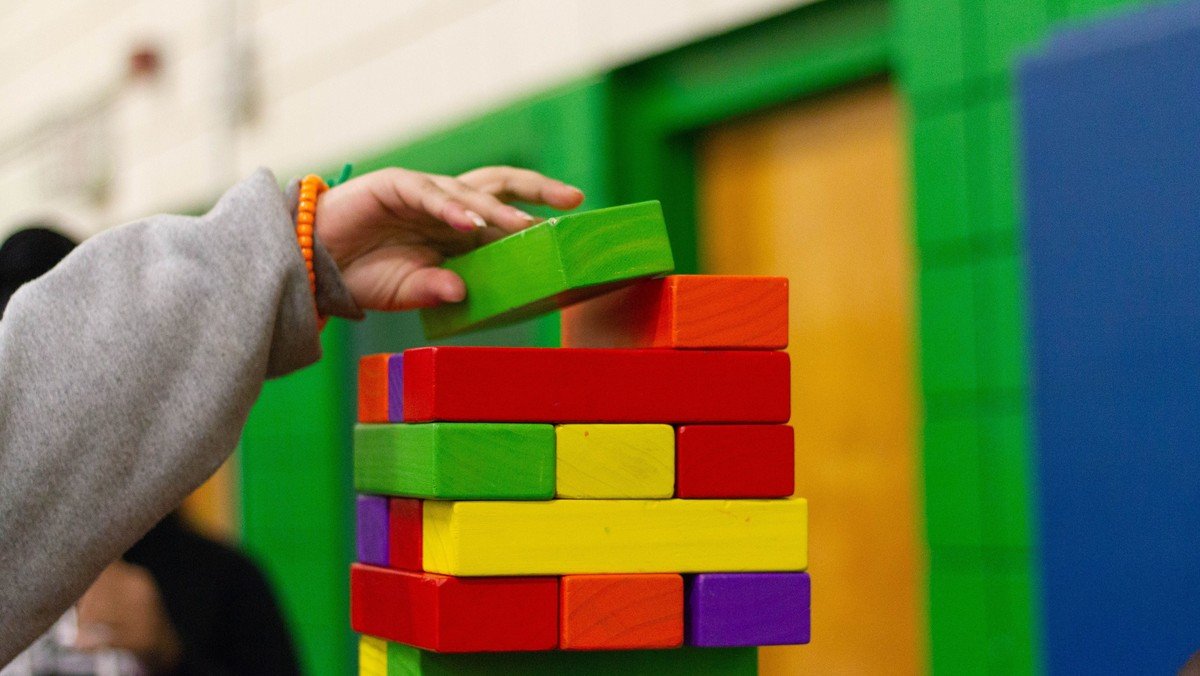 Today, may God open us up to true wisdom: the kind of wisdom that raises eyebrows, crinkles cheeks, and produces a contagious twinkle in our eyes. Amen.

During my high school years, I enjoyed attending Episcopal summer camp in the Diocese of Northern Michigan. One night the camp director, Father Phil, asked each of us to bring our favorite Bible passage to the campfire to share with everyone else. I don’t remember what others shared, but I do remember mine, because we just heard it read. Always ready to be a performer and a cut-up, I listened through several spiritually inspiring passages and then stood up to share what I had brought:

I was only partway into it before I heard gratifying giggles from around the campfire. It seems I wasn’t the only one who found hilarity in the convoluted sentences of St. Paul. I’d known about this passage for years, having heard it read in church several times by lectors who never failed to get flummoxed, even if they had practiced the reading first.

The teenage giggles were fun, but I’ll never forget Father Phil’s gentle smile when I was finished. He said, “Once you’ve lived a few more years, you may find that passage a little less funny!” He was right, of course. So often, indeed, I do not do what I want to do, but I do the very thing I hate.

But I don’t want to talk about Paul’s letter to the Romans today, not really. I’ve preached so much lately about the ills of the world and of our own souls. I don’t want to talk about sin. Instead, let’s talk about the giggles of my young friends and Father Phil’s gentle smile. See, Father Phil gave me a real gift that night: he gave me permission to allow the Bible to be a little less thick and a lot less precious. He saw my delight in something funny I’d found in the Bible, and he honored it.

I’ve been an Episcopalian all my life, but recently I’ve come to understand something about us that I really appreciate. When we’re at our best, we can laugh together at the elements of our faith that we hold most dear. Whether it’s our checkered monarchical and colonial history, our urge to play dress-up with cassocks and surplices and albs and stoles and chasubles, our predilection for funny words like cassock and surplice and alb and stole and chasuble, or any other thing that makes us Episcopalians, we can usually laugh together about it. We can be playful.

We could do a lot worse than to gain a reputation as “those Christians who aren’t afraid to laugh.” After all, Jesus supports us in our laughter.

Jesus came by his laughter honestly. Way back in the beginning, there was delight and laughter in God. God smiled on the first humans and called them “very good.” When Sarah laughed, God must have laughed too, for her baby Isaac’s name meant “laughter.” And can you imagine God’s wry smile when he saw the prophet Jonah all vomited up on the seashore and said, “OK, kid, let’s try this again”?

So many of Jesus’ parables, too, when you strip away the royal gloss of King James English and just listen to them, are rip-roaringly funny. A camel through the eye of a needle? A friend who comes knocking at midnight? A father giving his son a snake instead of an egg? Why is it so hard for some Christians to enjoy what a funny person Jesus is?

Yet when Jesus brings laughter, the people don’t want it. When Jesus is playful, he becomes an object of widespread scorn. So in today’s gospel he gets fed up and calls them out on their distinct lack of humor: “People, what’s your deal? You’re like a bunch of kids who start out playing but end up in a fight. One group wants to play wedding, and the other wants to play funeral. Both groups are too obstinate to compromise, and as a result, they miss out on the one thing they set out to do in the first place: to play! Look at this schoolyard scuffle! Look at these bloody noses and broken friendships!”

In case they don’t get his metaphor, he explains it to them: “Hey, John the Baptist came before me. Like so many of our prophets, he’s homeless and wears a hairshirt and yells at sinners to repent, so you’ve decided he’s possessed by a demon. Now I come along—the guy literally called the Son of Man in the Book of Daniel—and I enjoy partying with literally anyone who’ll have me, but you call me a shameless libertine.”

I’d like to think Jesus is smiling while he says this, but probably not. And our gospel passage today actually leaves out some verses at this point. Maybe the lectionary committee thought they would be too harsh for us, but here’s what they say:

Then he began to reproach the cities in which most of his deeds of power had been done, because they did not repent. “Woe to you, Chorazin! Woe to you, Bethsaida! For if the deeds of power done in you had been done in Tyre and Sidon, they would have repented long ago in sackcloth and ashes. But I tell you, on the day of judgment it will be more tolerable for Tyre and Sidon than for you. And you, Capernaum, will you be exalted to heaven? No, you will be brought down to Hades.

For if the deeds of power done in you had been done in Sodom, it would have remained until this day. But I tell you that on the day of judgment it will be more tolerable for the land of Sodom than for you.

Maybe that part is a bit of an angry distraction, but the point is that Jesus is mad at specific people in specific places who have written him off without a hearing. Jesus goes on: “Oh, you all think you’re so wise. You think you’re the generation that’s got it all figured out, like all of human history was just building up to your starring role. Well, I’m here to blow up all your notions of wisdom. Toddlers can understand what I’m about, so why can’t you? You want to be emperors, but you’re all naked, and I’m here to demonstrate that. And thank God! Now maybe you sticks-in-the-mud will have no choice but to recognize what’s going on. Why am I here? For a play date. I want a play date with you!”

Now, suddenly, Jesus has finished his raging. Like a frustrated parent, he sets aside his own feelings and gets down on the child’s level. Jesus is escaping this loop of negativity so he can return to the joy of play as soon as possible. And none of those he’s yelling at will be uninvited from it. Jesus gets to the core of his invitation:

“Look, I see how tired you all are of carrying the weight of your worries. Just hang out with me. That’s all I want. Set down whatever you’re lugging along through life and be with me for a while. I’m here because I love you, and I can see how much you need a hug. Come accept that hug. And then let me teach you how to live with a lot less anxiety. You all knew how to play when you were kids. Well, it’s time to relearn that skill—with the benefit of adult knowledge! Come rest for a while, and then let’s get back to seeing the world as our playground. Stop being bullies and start being playmates.”

The God who created us for delight and joy has come to play with us. Even when it comes to such weighty matters as fulfilling prophecy, he’ll ride into town on a donkey. Jesus doesn’t worry about how silly he looks. We don’t have to, either. Jesus’ invitation to his own generation is for our generation, too. Here we all are with our quarantine hair, concerned with how we look on camera, peering into the insides of one another’s houses, with backgrounds that we may have put some care into arranging for presentation, though there was really no need.

Jesus urges us to put aside all that pretense and self-consciousness. Notice, though, the difference between Jesus’ approach and that of the second-rate prophet Hananiah we read about last week. Hananiah’s message is, “Don’t worry, be happy! Everything’s going to be OK!” Jesus doesn’t say that. He doesn’t contradict Paul’s later words, either, about the sin that persistently clings to us. Instead, seeing our very real dilemma, Jesus comes closer to us.

Don’t turn down Jesus’ invitation to play. Invest in it. To be invested in our play is to dedicate lots of time and energy to it without customarily feeling burdened. Be the child who sees the possibilities in play, the child who is not afraid to announce that the vain, self-conscious emperor has no clothes. Set down the burden of soul-crushing weariness and pick up the burden of love. And the one who loves us most will shoulder it up along with us. For that matter, he will carry most of the weight himself. Amen.