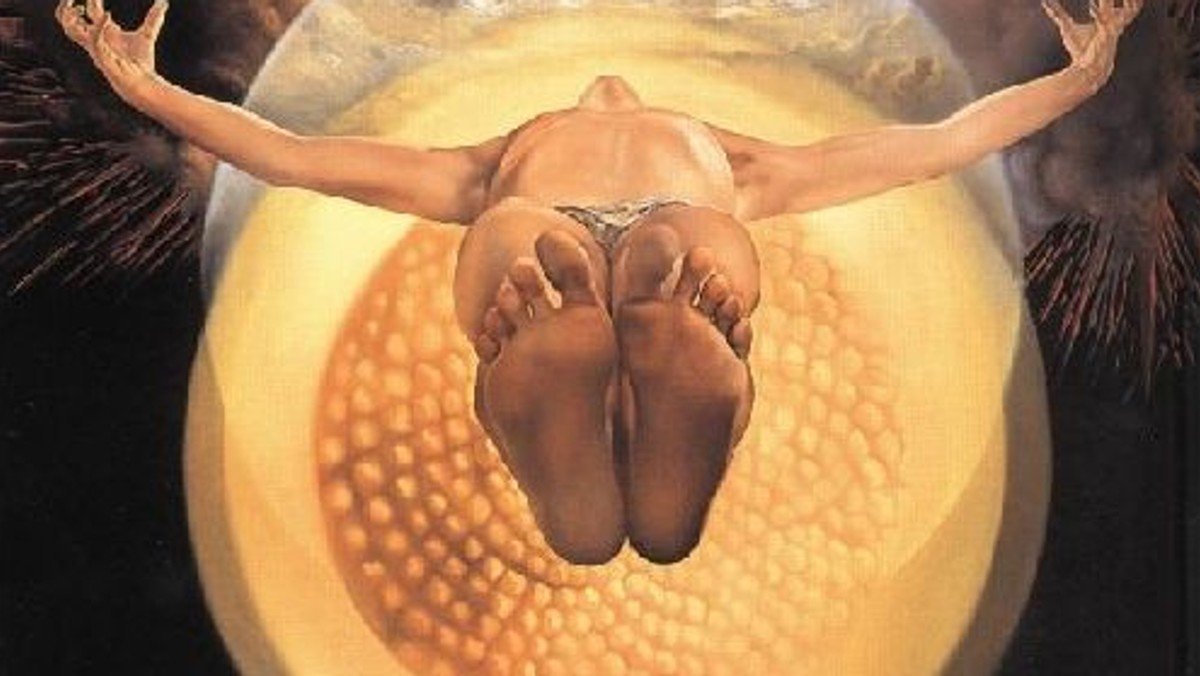 Lent began on Ash Wednesday, waaaay back on March 1. I wasn’t with you that day, so Father Roy stepped in with the ashes, and Chinyere Brent, as preparation for her confirmation, assisted him. Thank you again, Roy and Chinyere. On that day I failed to find an Ash Wednesday service in Kearny, Arizona. It was awkward.

I wasn’t with you all on the following Sunday, either, the First Sunday in Lent. That was the first day that it was clear to the churches that something was terribly wrong. There was no passing of the peace. I hear that for some people it was rather awkward.

I was with you on the Second Sunday in Lent, and though I gave you consecrated bread, I was the only one who drank the wine. That was really awkward. And then, just like that, our weekly routine of Holy Eucharist was gone—snatched away from us, leaving only tactile memories.

Our forty days in the Lenten wilderness were marked by the sudden need to embrace new technologies. Somehow we made it over the hump of Holy Week, through a silly and awkward zoom-bombing on Good Friday at the hands of clueless little boys with nothing better to do, and then on to a truly glorious Great Vigil of Easter—all online. Since then we’ve settled into a routine. We made it through the forty days of Lent, and now it’s been forty days since the Day of Easter. I feel a lot less awkward about our worship now. Despite the steep learning curve for some folks and the occasional technical glitch, I’m less afraid now of what might go wrong.

Did you know that the word “quarantine” means forty days? I tried to mine that factoid for some sort of theological gold. I made up a story about how after Jesus died and went down into hell to rescue those trapped there and was resurrected, he couldn’t go straight to heaven because he still had demon cooties or something, so God the Father put him in quarantine on earth. That didn’t really hold together theologically, so I scrapped it.

The thing is, I’m not sure our biblical story of the past forty days is any more coherent. The crucifixion is easy to grasp: it’s the same basic story in the four separate gospels, with only minor variations. The end is the same: Jesus dies and is buried. But the resurrection is on a whole other level.

In Mark’s gospel, Jesus doesn’t appear in resurrected form—the women just flee the empty tomb in terror. Somebody tacked a couple resurrection stories onto that gospel later, as if to say, “This isn’t enough. We need to add something.” But what’s added includes this weird thing about how believers can handle snakes and drink poison without being harmed, and it’s kind of embarrassing that this is in the Bible at all.

In Matthew there’s a story about how Pilate sends soldiers to guard the tomb, to prevent any hanky-panky, but the power of the resurrection makes the soldiers become “like dead men.” So the Romans make up their own official story about how Jesus’ friends came and stole his body. Effective politicians that they are, they conveniently leave out the part about the guards winding up in a coma.

In Luke we have several stories, including the Road to Emmaus story we heard a few Sundays ago, where they don’t realize they’ve been talking with Jesus for hours until he breaks bread with them. Then Jesus appears to the main group of disciples to assure them he’s not a ghost, and he demonstrates this by eating with them. After that, we go right to today’s reading in which Jesus takes his friends out to the edge of the city and ascends into heaven.

And then there’s John’s gospel, written later to be sure, containing a whole host of resurrection stories. That’s where we get Peter outrunning John to the tomb, and Mary Magdalene thinking she sees the gardener, and Jesus breathing the Holy Spirit onto the disciples, and Doubting Thomas showing up a week late, and the fishermen casting the net on the other side of the boat and catching precisely 169 fish, and sharing breakfast on the beach with Jesus, and Jesus asking Peter three times, “Do you love me?,” and an odd passage that seems to be about John not dying for a very long time.

What do all these resurrection stories have in common? Not much. They’re strange and mystical and weird and can’t be easily explained. Plainly put, they’re awkward.

It was a revelation to me the day I came to understand that the awkwardness is exactly what gives these stories the ring of truth. If a group of people were to create a conspiracy theory that a man had risen from the dead, wouldn’t they at least try to get their stories straight?

I mean, really, what do people want in a religion? Not this. Most of us would rather have some sort of unified field theory of human nature, paired with a clear-cut rulebook and bullet-point instructions on how to handle every difficulty in our lives. Some people try to make the Bible into exactly this and make money off it. But whatever the Bible is, it’s not straightforward or consistent. If it were, I wouldn’t believe it.

Instead we have a long and difficult collection of writings by people who shared very little in common with us other than their bare humanity. And somehow these stories keep being handed down to us, and we keep handing them down to the next generation. The Bible is right there in black and white, always available in some new translation for our times, but also available in ancient languages that any of us can study and learn. We’ll have these awkward, contradictory stories of the resurrection of Jesus of Nazareth for a very long time to come, whispering into our souls the irresistible Good News: “In spite of everything, somehow, Christ is alive!”

The Bible isn’t going away, and the Church is still here. But today we hear the awkward story of how Jesus did go away. After a traditional time of forty days, Jesus just … left. In Luke’s narrative, it’s not even forty days. It’s more like immediately.

The story of Jesus disappearing needed to exist. If he hadn’t gone away, Jesus would still be kicking around on earth in his strange, resurrected body, two thousand years later. And since that’s not evident, it must mean he went away sometime. Our ancient ancestors even saw fit to include it in the Nicene Creed, so it’s not an unimportant story.

But today, even the way we read the story of Jesus’ ascension is awkward. First we heard it from the introduction of the Acts of the Apostles, which is the sequel to the Gospel of Luke. It turns out it was a recap of the action from today’s gospel passage, the conclusion of Luke. So we’re reading them in the wrong order because that’s traditionally what we do. And then we hear of Jesus ascending into the sky, which we now know is not where heaven is. The story is cosmologically awkward and embarrassing.

Well, maybe the direction of Jesus’ departure isn’t the point. What’s important is that just before this, the disciples want Jesus to assure them that now the plan will go forward again—that the devastating crucifixion was a mere hiccup in the proceedings, just a little Satanic Zoom-bombing, and now Jesus can become the King of a reorganized Israel, using all his resurrected power to zap their enemies into submission. “Lord, is this the time when you will restore the kingdom to Israel?”

But no matter how much death has changed Jesus, it hasn’t changed his fundamental essence. There will be no comeuppance, no violent revolution, no earthly kingdom restored to the glory of God. This is not what Jesus asks them to proclaim.

Rather, Jesus wants them to announce something bigger to everyone in the world: The game is over, evil has lost, and your sins are forgiven. Ally ally oxen free! And Jesus promises that he’ll give his disciples the power to be able to proclaim this message effectively—but not yet. “Go back to Jerusalem and wait,” he says. And then he’s gone.

These disciples, who had moments ago been overjoyed to see Jesus again, are suddenly yanked back into disappointment. Things will never be as they had hoped. Something new is happening that will call things out of them they didn’t even know they had. But for now, there are only marching orders: “Go back to Jerusalem.” And so they obey, and then they wait.

We wait, too. We go from one awkward situation to the next, not just during quarantine and pandemic, but in all of life. Somehow we got this idea that life should be less awkward than this: like we’ll have it all figured out at some point, and then life will get easier. Where does this feeling come from? Advertisers, maybe.

But I think it also points to the core awkwardness in our souls: We are strangers in a strange land. This world doesn’t feel like our home—maybe it’s more like boarding school. As long as we’re here, God asks us to make the most of our education in the Way of Love. As with any learning, we start by not knowing, and that’s awkward. We’re all in that situation together: trying, failing, and trying again. Failure is not only an option: it’s expected. Jesus showed us that. And failure never fails to be awkward.

Embrace the awkwardness. Live here between Ascension and Pentecost, in the valley of dismay between strange reassurances and the promise of something even more amazing. We can’t get out of it, so we may as well keep each other company.

And the peace Jesus promised us will still be able to flourish in our souls, because we know we are being prepared for joys and wonders the likes of which we can’t yet imagine. I don’t know what those wonders are, but I have heard it has something to do with this world being our home after all, and with God coming to live with us here. Amen.