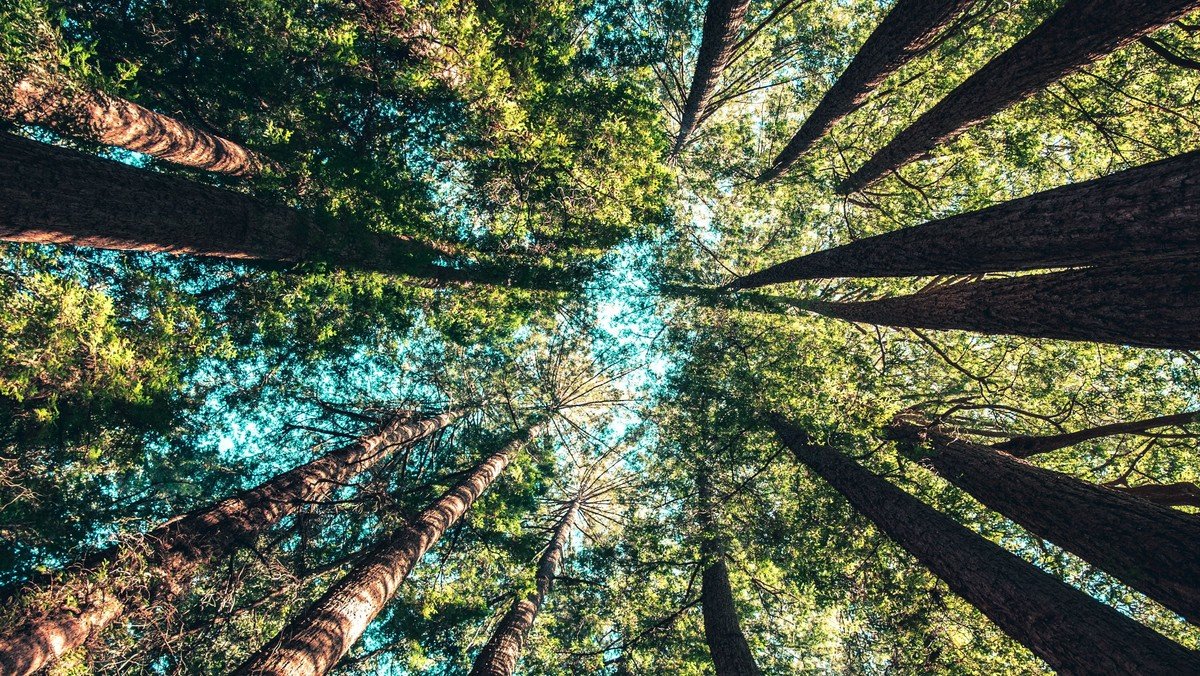 It was Thanksgiving Day at my co-ed fraternity house, Alpha Lambda Epsilon, and those of us who hadn’t gone home for the holiday were sharing a turkey dinner together. I had been elected chaplain of the house for that semester, so on the rare occasion when we gathered for a formal dinner, it was my job to say grace.

One member of the house who was strongly suspicious of Christians took me aside and warned me: “Make sure it’s a generic prayer.”

When it came time for grace, I bowed my head and said, “O great Spirit, in whom we live and move and have our being …”

This blatantly Christian language, taken from Paul’s speech in Athens, bothered exactly nobody.

The Apostle Paul is greatly revered in some Christian circles and not so much in others. But you have to admit, he really knew how to craft a speech for precisely the audience he was given. Today we overhear him speaking in Athens, the very seat of Greek mythology.

Now, whether you learned about Greek mythology from studying the classics in college or reading Percy Jackson books as a child, I’m sure that a great many of us have some knowledge of the stories of the ancient Greeks. Western culture has seen fit to preserve them because they are charming and entertaining. There are lots of Greek gods, and they have their different areas of responsibility. They also tend to be very human, throwing tantrums and having affairs and mixing and mingling among humans on their own terms—only with far greater power.

Paul knows about all this, and as a faithful and educated Jew, no doubt he thinks it ridiculous. How can anyone sustain a belief in multiple, misbehaving deities? How can the ultimate value of divinity be divided up among so many disreputable characters? It doesn’t stand up to Paul’s idea of philosophical scrutiny. (It didn’t stand up to the scrutiny of Socrates or Plato, either, but Paul may not have known that.)

As Paul walks through the Athenian marketplace and sees altar after altar built to honor the many different gods, he comes upon one altar that gives him his sermon hook. Its inscription reads, “To an unknown god.” The altar is here just in case the people haven’t shown proper reverence to all the gods; one deity might feel left out and get angry. It’s like when you’re a leader who wants to thank everybody for their good work, but you know you’re going to forget some name or other, so you say it right up front: “I know I’m going to leave someone out of this hastily constructed list, so I apologize in advance!” Thus the altar “to an unknown god.”

This is the key to Paul’s speech: even the Greeks, with their many gods, admit that they might have missed something. Guided also by recent conversations with Stoic and Epicurean philosophers, and knowing that the Greeks really love to chew on new ideas, Paul stands before the Athenians in the marketplace.

“Athenians, I see how extremely religious you are in every way …” That’s right, Paul—open with the positive! That’s good form.

“For as I went through the city and looked carefully at the objects of your worship, I found among them an altar with the inscription, ‘To an unknown god.’ What therefore you worship as unknown, this I proclaim to you.”

Wait, what? Paul knows who the unknown god is? But that altar isn’t supposed to be specifically about one god—it’s for any hypothetical god we may have missed.

“The God who made the world and everything in it, he who is Lord of heaven and earth, does not live in shrines made by human hands, nor is he served by human hands, as though he needed anything, since he himself gives to all mortals life and breath and all things.”

“Well, OK,” the Athenians are thinking. “We know that we couldn’t exist without the gods having created us: there we agree. And maybe he has a point there about the gods being so powerful that they couldn’t really need anything from us.”

Socrates and Plato would have approved of Paul’s speech to this point. Philosophy sits on a higher level of discourse than any specific religion; it establishes logical belief about things we can’t prove. Religion picks up where philosophy leave off, going deeper, adding backstories to establish and develop a specific people’s self-image and day-to-day practices as responses to well-considered philosophy.

In short, Paul speaks another people’s language so he can meet the people where they are. Many in Paul’s audience are pantheists, who believe that all of creation basically is God. But isn’t God invisible? It’s a weak point in the pantheists’ argument: how can we be part of God without perceiving that clearly?

At this point in the speech Paul goes specifically Jewish, but without leaving anyone behind. If we are all created, as the Greeks understand, then we all have one ancestor—in Jewish religion, that ancestor is named Adam. Philosophically, Jews are not pantheists: God is separate from the creation but keeps calling us to seek God and learn about God—to be in relationship despite our separation. The natural wonder and beauty of the world are a testament to God’s goodness and love—hints and clues to aid us in our search. And God doesn’t want us to remain separate forever. “Indeed,” Paul says, referencing an established belief of the Stoics, “[God] is not far from each one of us.”

Paul then starts quoting specific Greeks: “In him we live and move and have our being.” This quote probably comes from Posidonius, but it’s clearly based on Plato.

“For we too are his offspring.” This is a quote from Aratus, a Stoic poet.

Paul reinterprets these quotes to serve his point, but he doesn’t gut them of their basic essence. The creation appears to be, in some sense, separate from the Creator. Yet what if this separation has a purpose: to allow for self-identity, and to make space for the created ones to be free to choose the way of love? What if the Jews are right that a temporary separation serves a divine purpose, but the Greeks are right that, ultimately, we’re not separate from the divine after all?

Paul’s speech doesn’t stray from basic philosophical ideas—not until the very end, where he begins to challenge Greek belief. He urges them not to treat objects of gold, silver, or stone, as divine beings that created us, but as items separate from the divine that do not command our reverence. He’s definitely making the people think: “Well, how can we be the children of something made of inert material? Plato would agree that our source must be something greater than we are, not lesser.” And then Paul brings out the message he has wanted to get to all along:

“While God has overlooked the times of human ignorance, now he commands all people everywhere to repent, because he has fixed a day on which he will have the world judged in righteousness by a man whom he has appointed, and of this he has given assurance to all by raising him from the dead.”

Whoa, that’s a lot in one sentence. Suddenly Paul has gone beyond the philosophy of the Platonists, the Stoics, the Epicureans, the Pantheists, and even the Jews. Here is something truly new: the one God who created all things is acting right now, in real time, to call all the people of the world back together. There is one man, a particular Jew, who is God’s appointee to assess the world fairly. And how do we know this one Jew has divine authority? Because he is the first human being ever to come back from the dead.

Are you feeling some whiplash right now? I am. I think Paul moves too quickly at the end. Apparently some others in the crowd do, too, because they scoff at him. But some of them are still scratching their chins, and their eyes are staring somewhere into the middle distance. There’s a lot to wonder about here. So they say, “We will hear you again about this.” And still others immediately go with Paul and start their journey toward Christian belief and practice: a woman named Damaris is named, along with Dionysius the Areopagite, an Athenian court official of high standing.

Certainly on other occasions in the Acts of the Apostles, Paul overplays his hand and is ridden out of town on a rail. He is imprisoned and beaten and eventually executed for his beliefs. But overall, the success of his message is undeniable. Paul is the person who is most responsible for bringing the news of Jesus beyond Palestine and planting it all over the Mediterranean. Paul is a master evangelist, not because he is strident and unyielding, but because he is always excited for a conversation.

In the First Letter of Peter today, we hear, “Always be ready to make your defense to anyone who demands from you an accounting for the hope that is in you; yet do it with gentleness and reverence.” Don’t just believe what you believe. Understand why you believe it, and be able to explain it to others in ways that they can hear it. Nobody’s perfect at this—not even Paul. But if the good news of the resurrection of Jesus Christ is true—whatever “truth” really means—then it will withstand honest scrutiny—even your own.

So question, question, question, and do it in conversation with others—not all alone in your room, our current situation notwithstanding! This is what the church is for. If there’s a “Spirit of truth” to this whole Christian thing—which is, after all, why we’re gathered on Zoom and on Facebook today—then maybe that truth can be found in the ways we love one another—in the ways we choose to overcome our forced separation and compare notes about our experiences of God.

In our lifelong quest for truth, we also have the words of Jesus from today’s gospel, in a future tense full of promise: “I will not leave you orphaned; I am coming to you … Because I live, you also will live. On that day you will know that I am in my Father, and you in me, and I in you.” Wow! Maybe those pantheists weren’t so far off after all. To whatever degree the one God is unknown to us, let’s make an altar in our hearts today, with the inscription: “To an unknown God: Though we cannot know you fully, still we seek you. In you we live, and move, and have our being.” Amen.