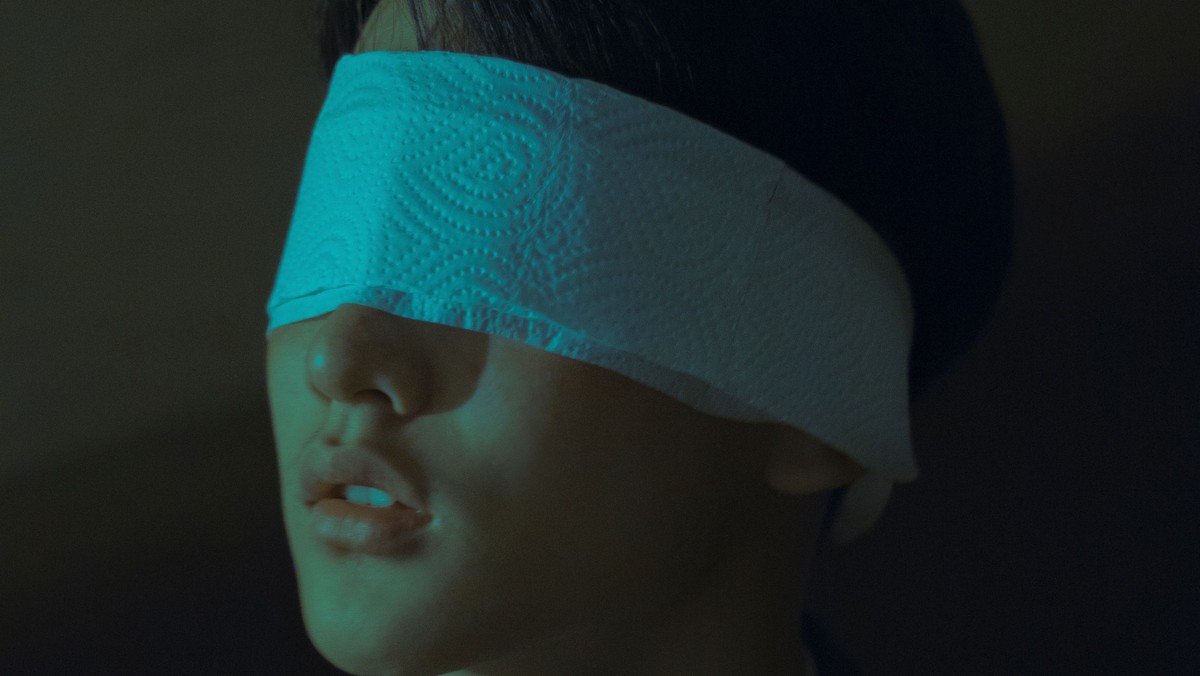 How far can you see today? I can’t see very far at all. I can see to the end of this service—our first attempt at doing this on Zoom. It’s so strange: right now, in order to love one another, we need to stay away from one another.

I can’t see how this will end. It could be weeks, it could be months. And short of getting vaccinated, we probably won’t really know when it’s finally over. I imagine that we’ll emerge slowly from the darkness into the light, squinting at the reality that we can shake hands again, hug one another, throw big parties. Someday we’ll get there. But not yet.

In casual conversation, we often hear blindness used as a metaphor for stupidity or foolishness. Those who can’t see the obvious solution are “blind.” Those who don’t choose the wise course of action are “blind.” The metaphor is disrespectful to those who literally don’t have the power of sight.

But Jesus doesn’t use the metaphor of blindness like our culture typically does. For Jesus, it’s not about stupidity, and it’s not about foolishness. It’s about stubbornness. Any one of us can choose stubbornness, whether we can literally see or not. For example, those who are young and healthy right now but choose to go around freely among other people are stubbornly blind. They may think themselves invincible, but the danger is that they are likely to carry the virus to many other people, people who are far more vulnerable than they are. We’re long past the time when we all need to see ourselves as potentially contagious to everybody else. Do they not see this because nobody has told them? Or do they not see it because they choose blindness?

Meanwhile, other people must move around among others. I’m sure this includes some of you, whether you sell groceries or drive a Metro bus or work in a hospital. We need your ministry to keep our community going, and I thank you for your service, because you are the heroes on the front line. Others must move around among others because if you didn’t work, you wouldn’t be able to eat. So I pray that you get the help you need to change this scene so you can hunker down with the rest of us.

It’s so overwhelming, it might lead us to say, “I don’t want to acknowledge what’s right in front of me, because that would mean I’d have to change, and change scares me.” If you can say that much, well, good! You’re most of the way there. Change your actions.

These are scary times. And none of us can truly see the way forward. Nobody in the entire world. But you know what? It’s always been this way. It happens to be abundantly clear right now, but it’s never changed. We don’t get to know the future. We can’t see. Nevertheless, Jesus tells us that we can choose to see beyond our own blindness, to see whatever we can see of what’s real, and to make ethical choices. It might hurt, yes. But it will heal.

We hear stories today about people who are given to see beyond what is visible. Samuel goes quietly to the little town of Bethlehem, and there he meets a man with eight sons. And Samuel keeps thinking to himself, “Hey, this next son looks kingly! I bet God wants me to anoint him as the next king of Israel.” But no. Thankfully, Samuel is open to God’s guidance. He is not stubbornly blind. He anoints the youngest son, David, the one who is, for now, only good for keeping the sheep. This makes no sense, yet still, Samuel sees beyond his own blindness and does the right thing.

We have this story to remind us that such things are possible. Even when we feel blind, we can choose to see what’s important. Jesus tells us that those who do not see are those who insist that they do see. When we don’t start with the facts, but follow our illusions, we are blind. That was true for me a few weeks ago, when I wrote a letter to the congregation saying, “If you don’t have a fever, come to church!” The very next day my letter sounded like nonsense, and I had to change course. It seems that so far in this crisis, the right thing to do is the thing beyond our comfort zone.

Another way to be blind is to be superstitious. It’s very tempting. Nothing like COVID-19 has arisen in our lifetimes, so there’s a part of our brain that thinks it must have a higher purpose. But what if it doesn’t? What if, like so many other plagues in human history, it has just happened? Where is God then?

Well, where is God in the story of Jesus healing the blind man? Christians are those who have come to the consensus that Jesus’ words and actions are the most reliable barometer of what God is like. So look for God and see: Jesus heals the man’s eyes. But that’s just the beginning of the story.

Look at this man, this poor beggar. At first, things just happen to him. Jesus’ disciples pose a theological question: “Whose fault is it that this man was born blind?” It’s a silly question, a superstitious question, yet we all ask it. How can a good Creator allow such suffering to occur, not just rarely but with alarming frequency?

Jesus gives this answer: “He was born blind so that God’s works might be revealed in him.” Well, at first that just sounds cruel: God bestows blindness on an infant for the sake of a public theological lecture two or three decades later? No, I don’t think this is what Jesus means. I think he means that whereas this man’s blindness might have served no purpose before, it will gain purpose now. Look for God, who is drawing purpose out of purposeless situations.

Gradually, the man who had been blind moves from being an object to a subject. First he is an object of curiosity to the Pharisees: “Is this that beggar guy?” They ask other people before asking him. Finally the man himself is given the opportunity to speak for the first time in the story: “I am the man.”

“Well then!” the Pharisees huff. “How could this be possible?” From then on they announce to anyone who will listen that what has just happened can’t really have happened. All the while, the formerly blind man asserts himself more and more clearly.

OK, hang on. I really wish this man had a name, because “the man who was formerly blind” sounds like “the artist formerly known as Prince.” Let’s name the man, because names are important. Let’s call him, I don’t know … Fred. The Pharisees call Fred’s parents in and ask them what’s going on. They reply, “Our son is a grown man; why don’t you listen to what he’s telling you?”

Now, a side note. The gospel writer tells us that the reason Fred’s parents say this is that they are afraid. I don’t know about that. But we do know that the reason given for their fear makes no sense. They can’t be “afraid of the Jews,” for they themselves are Jews, as is everybody else in the story. It’s too early for there to have been any proclamation that those proclaiming Jesus as the Messiah would be thrown out of their synagogue. This reference comes from decades later, probably when this gospel was written. By then, the temple was destroyed and the Jewish people were trying to figure out how to reemerge as a people faithful to God. Only then would Jesus’ followers represent a threat to cohesive Jewish identity. The original hearers of John’s gospel would have understood that this reference was placed into the story retroactively. It might have been useful to them, but it probably isn’t useful to us.

Anyway, the Pharisees go on asserting that their cherished, personal interpretation of Scripture is more reliable than the first-hand evidence right in front of them. But Fred? Fred keeps seeing more and more clearly. When the Pharisees confront him again, he says, “Wow, you’re fascinated with this Jesus guy! Do you want to be his disciples, too?” Fearless—absolutely fearless. And then he challenges the Pharisees directly: “You’re the gatekeepers of religion. But when presented with a real-life miraculous situation, you’re totally flummoxed. Why? What does that say about you?”

Then the Pharisees throw a tantrum: “Well, we think you’re a terrible person!” And they drive Fred out.

Jesus finds Fred, and it’s the first time Fred has laid seeing eyes on him. And Jesus says a funny thing. He says, “I came into this world for judgment so that those who do not see may see, and those who do see may become blind.” It’s the great reversal. Those like Fred, those who never had a chance before, will now be able to become who they truly are. But those in power who insist they knew all along what was right—even as they made self-serving decisions—will be brought into the light and exposed for the damage they have done to others.

COVID-19 is not happening because of anybody’s sin—neither ours, nor those of our parents. We can’t see that it serves any purpose at all, nor would I dare to impose purpose on it when people are dying. We don’t see the light yet. But living by faith, we know the light is coming. When it arrives, I wonder what our healed eyes will see?

We Christians are always telling our story, but Lent is the time we tell the guts of the story. Don’t pay it polite attention and then not let it transform you. Is Jesus healing you of your blindness? Can you admit that you can’t see? It might hurt, yes. But it will heal. Indeed, with Jesus around, there’s no other possible ending. Amen.