Is the Lord Among Us, or Not? 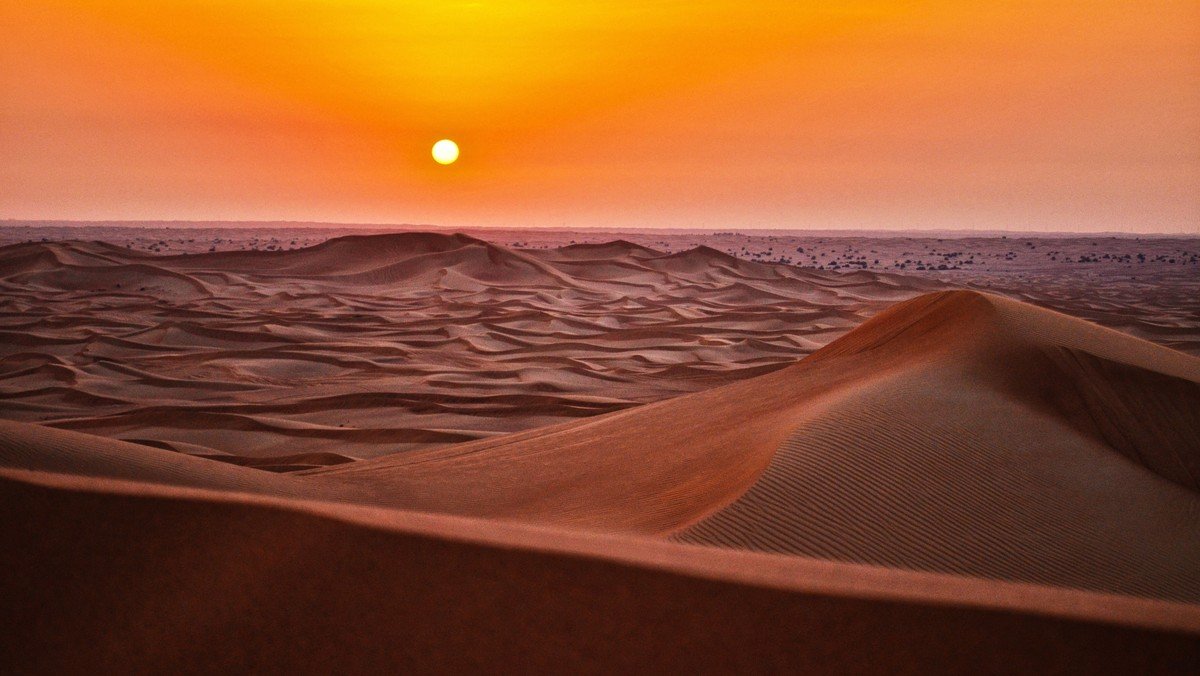 The desert is a dangerous place. It is always moving, so it is hard to know where you are. There is little water, so you get thirsty and you can die if no water is found. Almost nothing grows there, so there is almost nothing to eat. In the daytime it is hot and the sun scorches your skin. In the night it is cold. When the wind blows, the sand stings when it hits you. People wear many clothes to protect them from the sun and the blowing wind. The desert is a dangerous place. People do not go into the desert unless they have to. – Godly Play curriculum by Jerome Berryman

This is a recurring passage from the Godly Play curriculum we use in the church with children ages 3 to 11. Many of the oldest sacred stories of our faith take place in the desert, so we have a box of sand in the classroom, and every time we tell a desert story, we begin it with these words.

We’re in the desert now, friends. It’s always moving, so it’s hard to know where we are. We didn’t come here because we wanted to: we were forced into it. And in the desert, there is little water.

I don’t know about you, but I’m feeling rather thirsty. The Good Shepherd buildings are closed for at least two weeks, if not longer. That’s also true now for every Episcopal church in Western Washington. You may have heard that the Mormons have closed all their churches worldwide. The purpose is to slow down the spread of the coronavirus—to “flatten the curve,” as they say, so that our medical facilities may be overwhelmed as seldom as possible. Even so, medical experts agree that this will get worse before it gets better.

So again … where is our source of water? I know that for some of you, participation in worship and Bible study with other members of Good Shepherd is what keeps you going. How thirsty will we get? Can we survive in this desert?

Moses struck a rock, and water flowed out of it. But this didn’t go down as a hopeful story in the Hebrew canon. Rather, it became an illustration of the people’s lack of faith. According to the story, God told Moses to strike the rock, but later traditions held Moses accountable for enabling the people’s grumbling by following God’s instructions!

Psalm 95, which we also just shared, is an example of this interpretation. It starts out all sunny: “Come, let us sing to the Lord! Let us shout with joy!” But the psalm takes a dark turn with the command, “Harden not your hearts, as your forebears did in the wilderness!” The psalmist speaks with God’s voice: “They put me to the test, though they had seen my works. Forty long years I detested that generation … I swore in my wrath, ‘They shall not enter into my rest.’”

There are lots of ideas about why the story gets told this way. But I have to say, I really identify with the Israelites, with their constant grumbling against Moses: “Were there not enough graves in Egypt, that you’ve led us out into the wilderness to die? At least when we were slaves, we had three square meals a day!” I can relate to this. It’s like, “Please take us back to a time of innocence, when we thought that pandemics only happened in other countries. Restore my naïve, privileged life.” Nope. Not gonna happen.

And so the people wondered, “Is the Lord among us or not?” Where is God in all this upheaval and uncertainty?

We’ll pray this Collect later in the service: “Almighty God, you know that we have no power in ourselves to help ourselves: Keep us both outwardly in our bodies and inwardly in our souls, that we may be defended from all adversities which may happen to the body, and from all evil thoughts which may assault and hurt the soul.” I didn’t select that prayer on purpose; it is the prayer we use every single year on the Third Sunday in Lent. In the church, we’re always asking for God’s help and protection, whether we’re in a pandemic or not. It’s part of the rhythm of the Christian life. You might say that we’re always asking God for water—for our “daily bread”—for whatever we need to make it to the next milepost in life. And whenever there are times when bread and water are plenty, those are the exception in human history.

So why do we have this tradition of God getting upset with the people for asking for help? I don’t think this story is meant to be descriptive, but proscriptive. That is, I think it’s a story about the importance of not losing trust. I heard a parishioner say recently, “When Jesus says, ‘Be not afraid,’ he doesn’t mean ‘Be not afraid of puppies.’ He means ‘Be not afraid of stuff that’s actually scary, like deadly viruses.’” Be not afraid of thirst and hunger. Be not afraid of isolation and loneliness. There is hope in this mess somewhere—and there is relief.

I keep hearing stories of people helping people. That’s definitely a hopeful sign. When corporations sacrifice profit to help the vulnerable, that’s hopeful. When individuals give up some measure of their own comfort and security because others need it more, that’s hopeful. All of this can happen because of a crisis. In last week’s sermon I defined “grace” as “the glorious solution that comes not in spite of the conflict, but through the conflict and maybe even because of the conflict, and it couldn’t have happened if the conflict had been avoided.”

Paul puts it this way in the Letter to the Romans: “Suffering produces endurance, and endurance produces character, and character produces hope, and hope does not disappoint us.” Paul’s formulation may or may not feel comforting to you today, or in the weeks to come. Take it as one more perspective on the presence of suffering in our world. But he says this to point toward a larger reality: Because of the person of Jesus, who lived among us and suffered among us, we can be reassured that God cares what we’re going through. And story after story about Jesus shows him caring for the unlikeliest people.

Some other year, I’ll preach more about the specifics of the story of the woman at the well, one of my favorite passages in John’s gospel. It’s full of nuance and unspoken assumptions, only some of which are probably still available to us outside the original cultural context. In other words, the story will never lose its power to intrigue us.

This year, in the midst of the COVID-19 pandemic, here are the main points I pick up on:

When the woman arrives at the well, Jesus is thirty. Really thirsty. And he has no bucket. Jesus is unprepared to take care of his own needs, so he relies on a stranger to help him.

The woman arrives at noon, when the sun is high. This is not the best time to go for water. Many commentators have pointed out that this woman probably isn’t held in high esteem in her village, which is why she comes to the well at an odd time of day. She doesn’t get to hang out with the other women.

Jesus and the Samaritan woman enter into a back-and-forth metaphorical banter that keeps going deeper and deeper, like a well of wisdom, with the promise of “living water” at the bottom. Two people who really shouldn’t be sharing a conversation—not according to the cultural norms of the day, anyway—find themselves understanding one another better and better. And not only is their thirst quenched without a bucket ever being lowered, but when the disciples show up, Jesus isn’t hungry, either: “I have food to eat that you do not know about.” Never mind the immediate needs of the body: the human connection between Jesus and this woman is all that’s important right now.

Moments like this are what I’m hoping for right now—through this crisis—in spite of and perhaps even because of our forced isolation. May none of you be truly alone. And when do you feel alone, reach out to a friend. Or make a new friend. Admit that you’re lonely—don’t be afraid to say that. We’re all likely to get pretty stir-crazy, you know.

It has occurred to me more than once this week that never in my life has there been an event with so much potential to bring humanity together. It could also turn ugly if it gets much worse—but it doesn’t have to. Any one of us could catch the virus, because we are all biologically the same. But we’re not all at the same level of risk for serious consequences, so we need to look out for one another.

The desert is a dangerous place. It’s always moving, so it’s hard to know where you are. People don’t go into the desert unless they have to. But even in the desert, where well water is scarce, there are opportunities to discover that well of living water. We do this by going out of our way to be real with each other—to go deep—to risk being vulnerable.

Please be willing to be vulnerable with each other. Only through real human connection can we answer that question, “Is the Lord among us, or not?” God in Christ is here right now, right in this virtual room, sharing living water and food that we didn’t know about before. Amen.