Belief in the Wilderness 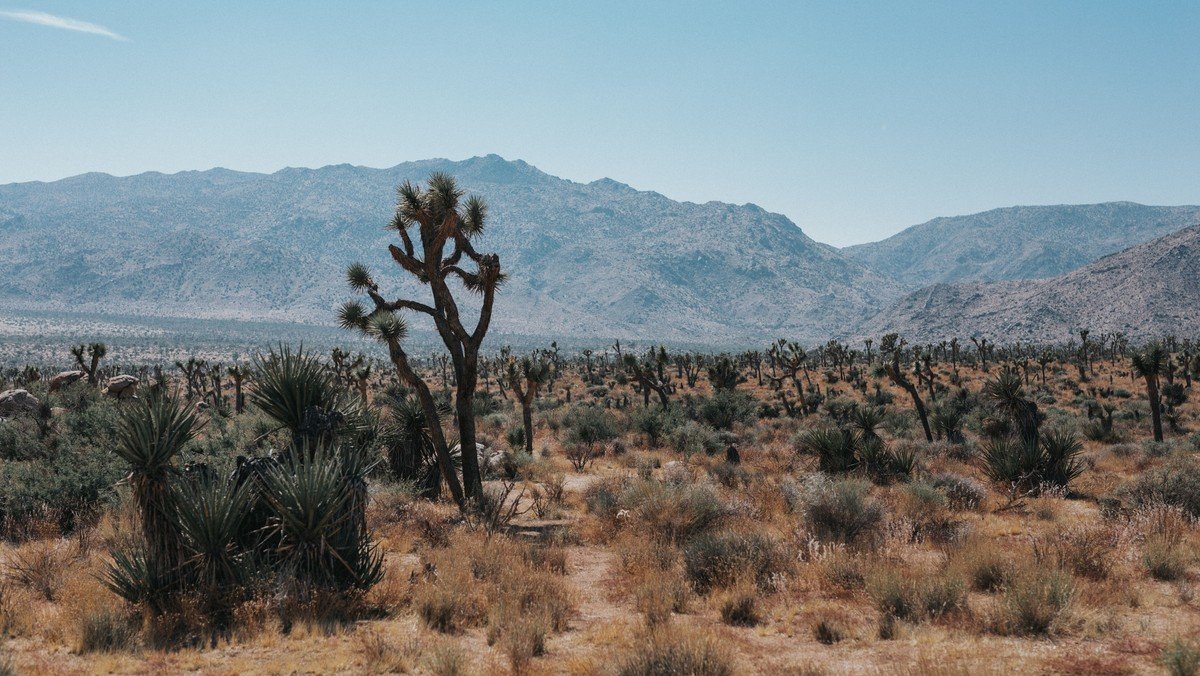 It has not been a quiet week at Good Shepherd. No sooner did I return from my father’s funeral than I realized I needed to send a letter to the congregation about the coronavirus, clarifying our communal practices during this unusual time. And no sooner had I sent the letter than it was superseded by newer, better suggestions from the bishop’s office.

The whole thing feels very bizarre to me, to us who lived in a privileged society, where usually, most of us don’t worry that much about germs. I know that’s not true for all of us, but the dominant narrative of our nation is that we weather every storm, defeat every enemy, rise to every challenge. That narrative is false, but it’s comforting. So then something approaching a global pandemic happens, and we get taken down a peg. We have all been forced into the wilderness.

Today we hear, in three and a half brief verses, a story: a man named Abram hears the voice of God: “Lech lechá”—get you gone! Get up and go! Leave the home of your people and set off on an adventure. We don’t know whether he considers rejecting this command; we only know that he accepts it. Into the uncertainty he goes. This story predates Moses and the Red Sea and the Ten Commandments. It predates Judaism, or rather, it begins Judaism. This wandering Aramean and his family have chapter after chapter of Genesis dedicated to their actions. Why?

Paul argues that God’s love for humanity has nothing to do with our behavior and everything to do with our mere existence. Paul tells his hearers that if you think God favors rule-followers, then you still haven’t heard the promise. Abram couldn’t keep God’s law, because he didn’t even know what it was. God called him anyway. The purpose of the call was to get a certain group of people out of their comfort zone—to send them into uncharted territory—so they could scout it out for all the rest of us. They are the ones who learned that God makes promises and keeps them. Indeed, no force of uncertainty or chaos can prevent God’s fidelity to us.

Everything in our culture screams that we need more control—that we are entitled to control. So when this coronavirus occurs, it can feel downright offensive. But what if our urge for control has for too long gotten in the way of our ability to trust in God’s grace? What if we decide instead, together, that the coronavirus is the very wilderness we need to be driven into? If your life feels like it’s out of control, I sympathize. I don’t like it either. But maybe together we’re on our way to something better than control.

This is the second Sunday in Lent, a season when Christians customarily surrender some amount of control by “giving something up.” But go figure, we usually do it in ways that are rather controlling. We reject a habit or an urge, and when we fail to stick to our fast, we beat ourselves up, as if our willpower were the point. I fall into this trap, too. Once when I was a youth group leader, I said to the assembled youth, “Lent is a great time to work on things about yourself that you know you need to change.”

To which a 14-year-old boy quietly replied, “Or you could let God work on changing you.”

I was totally called up short. Adam was exactly right: let God work on changing you. God is at work in both sickness and health, and even death will not part us from God. So why insist on control? Why not trust in God’s grace instead, regardless of the situation?

Let’s put ourselves in Nicodemus’s shoes, in today’s gospel reading. Nicodemus is respected, law-abiding, one of the 70 most important leaders in Judaism. But Jesus intrigues him, so Nicodemus comes to him by night. Do you hear this? Nicodemus has so much privilege and control over his life that if he wants to try something new, all he has to do is … sneak around behind everyone’s back. “Teacher, it’s clear to me that God has sent you. So who are you, anyway?”

But Jesus doesn’t answer Nicodemus’s question. Instead, he expands to a larger topic. “No one can see the Kingdom of God without being born from above.” And as the conversation goes on, Jesus continues not to answer Nicodemus directly, but to redirect him. Good teachers do this: they refuse to answer the comfortable, simplistic question in the hope that bigger questions will emerge in the student, thus encouraging self-sufficiency.

So now, fellow students, take note of Jesus’ passive verb: “being born from above.” We can’t just say, “I think I’ll go and be born from above this weekend.” Jesus talks about the wind of the Spirit blowing where it will; we can’t control it. “Being born from above,” whatever that means, is something we don’t do at all! God does it for us. We are driven out into the wilderness. To be born from above is to find ourselves having to reckon with God’s weird, wonderful world of grace and to be transformed by it.

Abram is born from above. He lets go and puts his entire trust in God’s grace and love. Many Christians call this a “born again” experience—an insufficient translation of the phrase, by the way. For some people, “being born from above” happens just once, in a blinding flash, and there’s no looking back. But for others of us, it happens a little bit at a time. Like Abram, who receives the call from God several times and keeps waffling about whether he believes it. Like Nicodemus, who doesn’t understand yet but knows he needs to be led deeper.

All of this leads up to one of the most famous verses in the Bible, John 3:16. [At this point, the altar party began waving signs that read “John 3:16.”] You’ve seen it at baseball games. You’ve heard it referenced in pro wrestling. It even appears on the bottom of coffee cups from In-N-Out burger restaurants. Say it with me if you know it: “For God so loved the world that he gave his only-begotten Son, so that everyone who believes in him may not perish but may have eternal life.”

It’s easy to read this verse in isolation. But if we do, we may think that God’s love is conditional, and that if we don’t do something very specific—that is, “believe in him”—we will receive not eternal life, but eternal death. An awful lot hangs on that word “believe,” because at a glance, it looks like a required action. But this is the kind of simplistic thinking that Jesus calls us beyond.

Now, the Greek word is pisteuo, which means “to think to be true, to be persuaded of.” Kind of like, “Do you believe it will rain tomorrow?” Like our word “believe,” in its basic form, it’s an intellectual exercise. But pisteuo has some extra connotations that our word “believe” can also carry: it means “to trust, to have confidence in, to commit oneself to.” That’s more like saying to someone, “I believe in you.”

Do you believe that Jesus is the Son of God, the Savior of the world? That’s not really the point—not to “believe THAT.” Instead, do you believe IN—pisteuo—Jesus? Do you put your whole trust in God’s grace and love? It’s a very different question, and it calls us out of the black-and-white, heaven-or-hell, all-or-nothing, simplistic thinking that it’s so easy to fall victim to.

By this point in the text, a pattern typical of John’s Gospel has begun to emerge. The longer Jesus speaks, the more you get the feeling that his words are no longer meant just for Nicodemus. With every passing verse, Jesus is stepping further and further back and speaking to more and more people who aren’t in the story. We expand from an intimate scene featuring two people in the middle of the night ... to the world of John’s community of Christians at the end of the first century … and then we keep on going into the realm of Eternal Truth. When Jesus uses the word “believe,” he’s not asking one person just to get over it and swallow the facts. Christ is inviting all of us, individually and as a community of Christians, to trust him and commit ourselves to him.

And then—then!—comes the clincher … John 3:17. [At this point, the altar party began waving signs that read “John 3:17.”] “Indeed, God did not send the Son into the world to condemn the world, but in order that the world might be saved through him.”

Wow. God loves the world, so God saves the world. What more graceful solution could there be? So being in the presence of Jesus is not an occasion for shame, but for rejoicing at the opportunity to trust God’s promise. Jesus shows us that the call to Abram was only the beginning. “In you all the families of the earth shall be blessed.” God keeps expanding the circle.

Abram, at 75 years old, turned his life over to God. God changed his name to Abraham, and God’s promise began to be fulfilled through him. Eventually. Slowly. In fits and starts. Even that story isn’t over yet.

And Nicodemus, already a prominent religious leader, was “born from above” and started over. Baby steps. Later, he stuck up for Jesus in broad daylight when the Pharisees were planning to arrest him. And after the crucifixion, Nicodemus tenderly anointed Jesus’ body with myrrh and aloes and helped place it in the tomb.

God invites us, like Abraham and Nicodemus, to live in faith and love, letting go of our control. We don’t have to push, because God pulls us into the wilderness, into the new life of eternal grace.

We can’t control the coronavirus. We can take certain measures to keep from spreading it around, like we’re doing today. I don’t like it. It’s awkward. It’s uncomfortable. This not touching each other can so easily feel like standoffishness, something Good Shepherd is not known for. But the coronavirus is pushing us into the wilderness to call out of us new kinds of hospitality and all sorts of grace. We don’t yet know what this will look like.

Go from your comfort and your privilege and your habits and your expectations to the world that I will show you. I will make of you a great people, and I will bless you, so that you will be a blessing … and in you all the families of the earth shall be blessed. Amen.