Sermon: Jesus Is for Losers 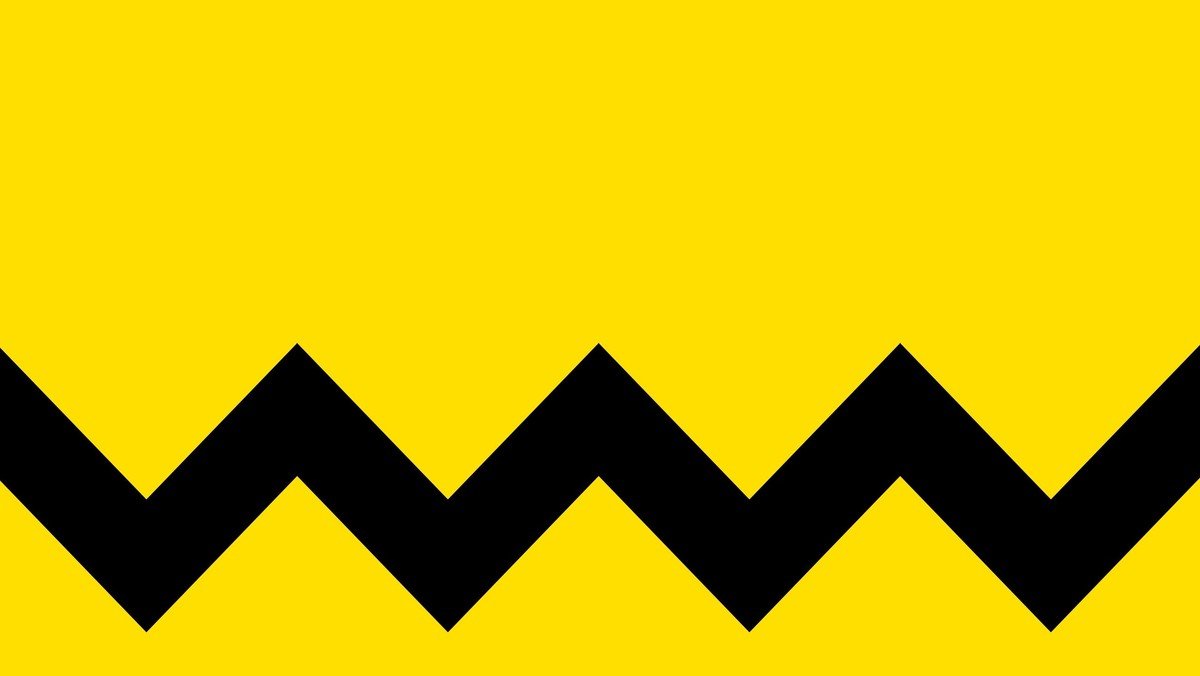 One day, Charlie Brown and Linus Van Pelt are leaning on the brick wall where most of the deep conversations occur. Ever the philosopher, Linus suddenly proclaims, “Life is rarely all one way, Charlie Brown. You win a few, and you lose a few!”

The Peanuts comic strip was charming at every turn, but I think its most profound moments come at the expense of the bigheaded kid with the zigzag T-shirt, the manager of a baseball team that perpetually loses.

On another occasion, Charlie Brown buys 500 packs of bubble gum in an effort to get a baseball card of his favorite player, Joe Shlabotnik. He opens all 500 packs, tossing the gum aside. No luck: not a single Joe Shlabotnik.

Lucy Van Pelt observes this and follows him in line. She buys a single pack of bubble gum and opens it. “Hey, whaddaya know? Joe Shlabotnik!”

Charlie Brown is my favorite loser.

Have you ever felt like a total loser? When something doesn’t go your way, have you ever had a hard time knowing whether you should laugh or cry?

About twenty years ago all the kids were making an “L” shape and putting it on their foreheads: “Loser!” The epithet “loser” carries a connotation not just of having lost before, but of being a person who loses consistently and repeatedly. The losing has become so expected that it can be observed as a part of the person’s personality that is unlikely ever to change. Maybe the loser was born that way. Or maybe the loser has done something to earn the distinction. At any rate, it’s inevitable now. What a loser!

Has anyone ever called you a loser, rightly or wrongly?

Have you ever specifically avoided trying to seem like a “loser” in front of others? Have you changed your appearance, your mannerisms, or your words to try to project yourself as a winner instead? It’s not just teenagers who do this. There are entire industries dedicated to this effort, you know. From makeup to gym memberships to public speaking workshops to job interview trainings to self-help books to get-rich-quick pyramid schemes, these companies may or may not have constructive wisdom to impart, but they all have one thing in common. They’re out to make a buck off the losers—losers like you and me.

That’s right, I just called you all a bunch of losers! But more on that in a minute.

Have you ever noticed that when somebody dies, it is said that we “lost” our loved one? As if it were our fault. What about people who lose their sight, or their hearing, or their ability to walk or to kneel? Are such people losers? If so, what does that say about those who still have their loved ones, who can still see and hear and be easily mobile? Are they winners? How likely are they to hang onto that?

The answer is that they won’t. Today’s winners are tomorrow’s losers. And maybe it’ll all hit at once. You lose a job, a friend, a spouse, your hope, your faith, and suddenly it seems there’s very little left. What happens then?

John the Baptist didn’t have much to lose: a tunic, a leather belt, a supply of locusts and wild honey. But even he became a loser in the end: he lost his freedom, and then he lost his head. When we hear from him today, he is still sitting in prison, in darkness and in the shadow of death, waiting for vindication or execution, looking back on all the work he has done in the wilderness. John has baptized so many losers—so many people against whom the deck of life was stacked from the beginning. John has given so many people hope—hope that the Messiah is coming, has already landed, is on the move, is just about to liberate the Chosen People from losing and make them winners for the first time in centuries!

If that’s the case, then why is John in prison? What happened?

John pours all his doubt into a note and sends it to Jesus, who is still busily doing his own work around the Galilean countryside: “Are you the one who is to come, or are we to wait for another?”

For all of John’s fiery pronouncements and unyielding certainty, in the end, when he himself becomes a loser, John loses all hope as well. “Maybe I was wrong all along.”

Jesus tells his friends to send a message back. “Just tell him what you see happening,” he says. “There are tidings of good news among the poor. People are being healed of disability and disease. Some are even rising from the dead. So what do you think? Is the best course of action to wait for another? John is great and all, but he still doesn’t quite get it. Maybe it’s not all about him.”

Jesus comes to bring abundant life to people currently living. He prays and calls and teaches and heals because that makes people’s lives better. But all those people Jesus has healed as a sign of the inbreaking of God’s Kingdom? They’re still going to lose it all again. They’re not going to live forever.

John is in prison, and he will go the way that so many others have gone—forward into death. Does that mean that everything in life is futile? We don’t tell the story of the Crucifixion during Advent. We’ll save that for Holy Week. And that will mean adjusting our expectations yet again. Because in the end, the Messiah also turns out to be a loser. Powerful people capture him and kill him.

Maybe you prefer Messiahs who don’t die. If I didn’t know much about Jesus, I would, too. See, I’m naturally competitive. I love to be the one who wins the board game—even if I’m defeating my own child. I love being on top of things and checking off boxes. I love it when the church is growing. I confess that I love being the center of attention. I also love sharing the spotlight with others, and I love that life is long and that I have so much of it left. Isn’t this the mark of the good life? Success?

But Thomas Merton once said (and pardon the language), “Be anything you like; be madmen, drunks, and bastards of every shape and form, but at all costs avoid one thing: success. ... If you are too obsessed with success, you will forget to live. If you have learned only how to be a success, your life has probably been wasted.”[1]

In his book The Parables of Grace, author and Episcopal priest Robert Farrar Capon writes that Jesus came to save “the last, the least, the lost, the little, and the dead.” If you’re not willing to be any of these things—that is, if you insist on being the first, the most, the found, the big, and the living—if you insist that God grant favor to you based on how much you deserve it, and if you judge your life’s value by how much power and control you have—then you have no place in God’s Kingdom.

John the Baptist discovers that the path to salvation lies through failure. Indeed, there’s no way around it. When it comes down to it, Jesus is for losers. Does this offend you? But God can’t save winners—only losers. If you insist on remaining a winner, then God has no use for you. Blessed are those who take no offense at Jesus the loser, because losing is our only hope.

Last week I said that God’s love can only be received with empty hands. But winners’ hands are always full. They wear soft robes and are in royal palaces. They have tons of money, adulation, busy schedules, lists of accomplishments. They’re always juggling one more thing. “God’s love as revealed in Jesus Christ would be nice, of course, but hey, there’s somewhere I’ve gotta be—things I’ve gotta do!”

I think all this winning is a trap. “It’s a trap!” God’s work is to set prisoners free. Are you imprisoned by the need to win? Open your hands. Risk letting it all go. You might not lose it all at once. Some of it, you probably should lose. Just admit that you’re a total loser—that you have no inherent right to keep anything you have. Only then can you be ready to receive the real gifts.

That’s not to say that you shouldn’t accomplish anything, or that you can never be proud of your work, or even that you can’t leave an inheritance to your kids … and to the church! But recognize that all that work, too, will be lost to time and circumstance. And you and we and God will remain eternally.

The Letter of James counsels us to be patient until our fields receive “the early and the late rains.” We’re not done growing yet, but the harvest is near. No matter how many good things you do, you can’t take it with you. Losing: it’s good practice for death, too, you know. I can’t tell you how many former winners I’ve met who don’t know what to do now that they can’t do what they used to do.

But you never know what you’ll lose along the way, or when you’ll lose it. Eventually, you will lose it all. When you do, will you be ready to receive the one thing that will save you—loss and death? Because it is only through loss and death that salvation comes. Jesus became a living parable to illustrate that fact. God’s grace is there for you: all you have to do is need it.

Today I pray for failure … for all of us. May we fail to achieve self-sufficiency, so that we will not forget to be available to others.

May we fail to hoard riches, so that we will be available to receive blessings that we cannot acquire for ourselves.

May we fail to conquer doubt and uncertainty, so that we will keep asking questions and keep deepening our understanding of God’s world and of each other.

In the areas of achieving, hoarding, and conquering, may God help us fail. May we all know ourselves to be losers. Because the Key of David is coming to unlock our prison doors. The Dayspring from on high is about to light up our deepest darkness. Salvation is coming. It’s almost here. It is here, and soon it will be revealed yet again. Amen.