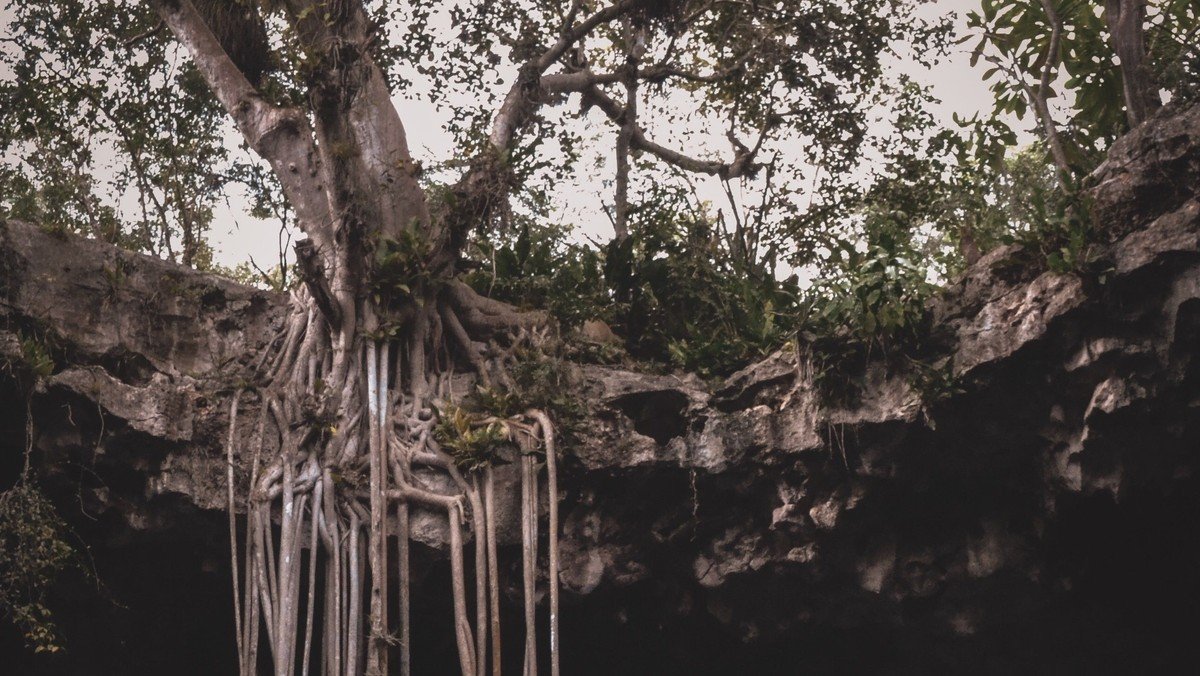 Today we hear from Isaiah again. “On that day the root of Jesse shall stand as a signal to the peoples” … there it is again, the song of the prophets. What does it mean? “On that day” … what day? When is it coming? And what’s with this “root”? The word “root” shows up in all three of our readings today.

Jesse is seemingly a minor character in the Bible. He’s not royalty. He’s nobody special. Jesse has eight sons, and his value in Scripture is completely derived from his youngest son. Who is that? David—not the first king of Israel, but the most iconic one, a colorful character known for all the best and all the worst of human nature. David went down as Israel’s greatest king not because he was perfect, but because he and God had a special relationship marked by repentance and growth.

Now, at first I found it odd that we refer to Jesse’s descendant as Jesse’s root. Isn’t Jesse the root from which the larger plant springs? But a plant grows in two directions: both up into the air and down into the ground. The root grows deeper into the earth, becoming ever more solid and reliable. Meanwhile, we are the branches and twigs and leaves growing upward. We benefit from ever-deepening roots, enjoying both the ground-based nutrients and nourishment from the sun.

From Jesse through David and Solomon and so on, the roots reach downward through the generations. Our psalm speaks of the continuing line of royalty in Israel, and even after the kingdom is no more, the prophets promise a Day on which a descendant of David will sit on Israel’s throne again. Both Matthew’s and Luke’s gospels tell us that Joseph, Mary’s husband, was of the house of David—and we are meant to understand that Mary, too, was of David’s line.

So we Christians use Isaiah’s words to talk about Jesus, a new kind of king. As we hear in Paul’s letter to the Romans: “What was written in former days was written for our instruction, so that … we might have hope.” And Paul goes on to quote Isaiah: “The root of Jesse shall come, the one who rises to rule the Gentiles; in him the Gentiles shall hope.”

Paul says that this was God’s plan all along. It was no secret, and it should come as no surprise to anybody who knows their Bible. The chosen people are not to keep God’s blessing to themselves, but to fulfill the mission given to Abraham in the first place: to show everybody what God is really like, and in so doing, to bless all the peoples of the world. Paul claims that this mission is fulfilled in Jesus of Nazareth. Want to know what God is like? Look at Jesus, “the one who rises to rule the Gentiles.” It’s one thing to talk about a king rising in power—it’s quite another to talk about him rising from the dead. Jesus is what no earthly king has ever been. He redefines royalty.

So Paul tells his own people that their job is to keep including more people, allowing them to be grafted onto this ever-growing plant. In God’s new reality, it will cease to matter whether one is a Jew or a Christian. “Welcome one another,” Paul writes, “just as Christ has welcomed you, for the glory of God.” And he quotes from Isaiah, from the psalms, from Deuteronomy, to demonstrate God’s overarching plan.

John the Baptist is a new prophet in the tradition of all the prophets of old, and he tells us that the day the prophets spoke of is right now. We can’t tell from this reading what the atmosphere at the Jordan River is like, but I imagine it as joyful—all these people coming way out of town, hungry for things to change, eager to hear Good News, ready for a fresh start, ready to be washed clean in the river and assured that God is ushering in a new reality.

So who are the arrogant and the wicked who are about to get their comeuppance? John points his finger at the powerful, self-assured Pharisee and Sadducee classes who have come out to the river to gawk at him and who then get in line for baptism themselves. In fact, John really lets them have it: “You brood of vipers! What do you think you’re doing here?”

Why does John talk this way? Isn’t he just being divisive? Shouldn’t he be happy that powerful people are coming to the water for baptism? Shouldn’t he just accept them at their word? After all, we hear Paul say, “Welcome one another.” And Isaiah writes, “the wolf shall live with the lamb.” How else is that going to happen? Doesn’t God save sinners?

Believe it or not, I think John’s harsh words are his welcome, because any other form of welcome would be a lie. John needs to know how the well-heeled Pharisees and Sadducees will react to truth-telling. Of course, we should expect them to be offended by John’s divisive words. Divisiveness is offensive—to those whose power, such as it is, depends on some previously unquestioned form of unity.

So let’s imagine a few possible reactions. Maybe they immediately bristle: “Don’t call us names, you jerk!” And then they pull out their phones and flame John on social media. Nope, that fruit is not worthy of repentance.

Here’s another possible reaction: “We’re sorry you feel bad about us, but that’s your problem, not ours. Don’t be such a hateful divider. Just baptize us already!” Nope, that fruit is not worthy of repentance.

How about one more from these people who, we must remember, are well-fed and dressed in expensive clothing? “Mistakes were made, but that was a long time ago, and if you keep harping on it, our society will never move on.” To that one, John just waves them away: “OK, Boomer.” No, wait, I misread that. Never mind. John really says, “The ax is lying at the root of the trees.”

The Good News is for all people, but only those who are ready to receive it and incorporate it will understand it to be good news. John says, “Do not presume.” The wicked and the arrogant are those who presume—who are interested not in growth, but in comfort. We don’t know whether John goes ahead and baptizes those he deems hypocritical; the text doesn’t really say. We do know that he’s doing due diligence, teaching them that baptism is not a ritual to be taken lightly. He’s calling them up short—and it’s up to them to decide whether they will take John’s words as an opportunity to grow and change, or walk away in self-righteous disgust.

Meanwhile, masses of the poor and hungry and sick are coming to the water for baptism. Doubtless they, too, have sins to repent. But they are so ready to be rid of these sins and to start all over again! Their powerlessness is their strength: they cannot take refuge in self-made comfort or store-bought comfort. They can only seek the comfort that comes from God’s love.

We are not entitled to God’s love, and we cannot earn it: it is a gift, and it has already been placed in our hands. But if we already hold in our hands arrogance, snobbery, an insistence that we have it all figured out—these things prevent us from accepting and enjoying the gift. God’s love can only be received with joy, wonder, and empty hands. Anything that gets in the way must be judged unworthy and thrown away. John’s call is to take out the trash. He identifies the brood of vipers and calls for their judgment.

But on the other side of that judgment, those who remain are those who have chosen love over fear, growth over comfort. The wolves that lie down with lambs, then, are wolves in recovery. The lion is eating straw, not flesh. The incredibly deadly viper will need a new name. They previously inflicted harm, but no longer: they have borne fruit worthy of their repentance. And now, nobody who would ever hurt anyone remains. “They will not hurt or destroy on all my holy mountain; for the earth will be full of the knowledge of the LORD as the waters cover the sea.”

This song of the prophets is the standard to which God would have us hold the world—and, more humbly, ourselves. Whatever that prophetic Day may look like, the prophets’ call to repentance resounds: may we be grafted onto Jesse’s tree and be rooted in repentance. May we free our hands to accept the gift. May God “give us grace to heed their warnings and forsake our sins, that we may greet with joy the coming of Jesus Christ our Redeemer.” Amen.