A Place to Belong, Part 2: Humility 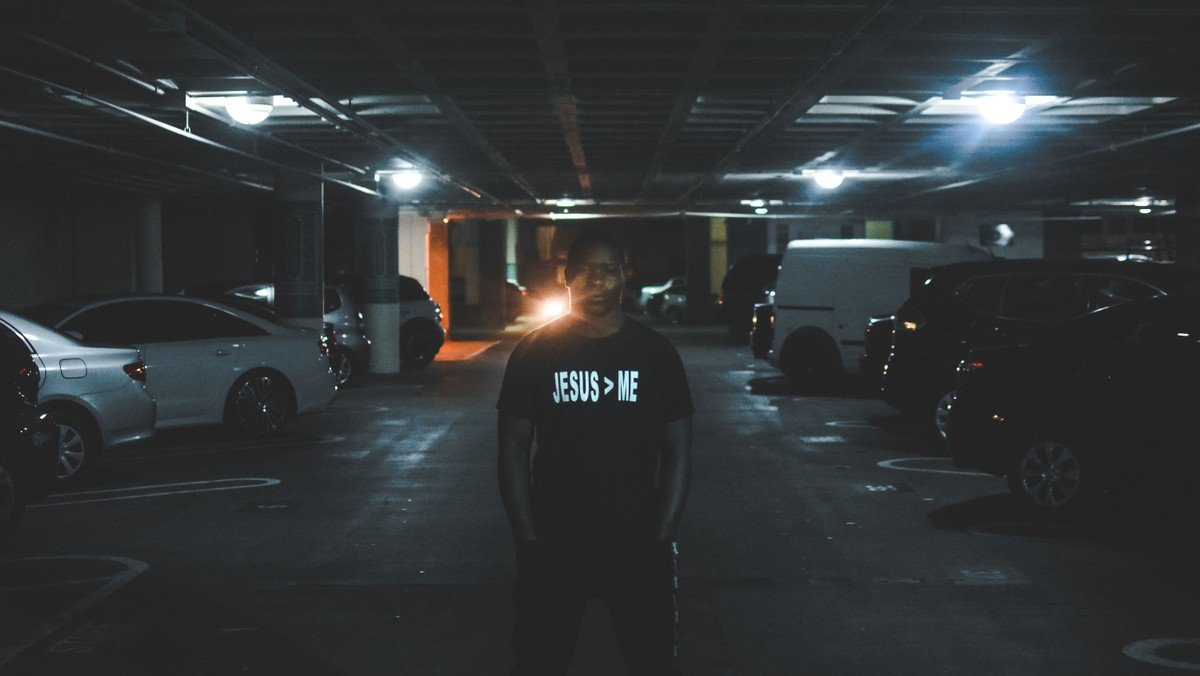 “I have fought the good fight, I have finished the race, I have kept the faith. From now on there is reserved for me the crown of righteousness, which the Lord, the righteous judge, will give me on that day, and not only to me but also to all who have longed for his appearing.”

At first Paul sounds a little self-congratulatory, doesn’t he? I mean, good on ya for finishing the race, but you’re expecting a crown? Then he turns around and says that everyone gets a crown. Hey, what about due recognition for the winners? Doesn’t it cheapen the value of these crowns to hand them out like Halloween candy to each and every runner?

Well, what is this “crown of righteousness”? “Righteousness” is one of these churchy words that we don’t hear defined very often. We might assume it means “self-righteousness,” being stuck up and prideful. But it’s really the opposite. Righteousness doesn’t have anything to do with following rules or being a moralistic stick-in-the-mud. It just means being in a healthy relationship with God.

And a healthy relationship with God takes humility.

Humility led the Jews to characterize the Babylonian Exile as a just punishment from God. Whether they were right or wrong about this, it was a humble position to take as they began to rebuild their shattered lives. It turned them away from trusting in their own efforts and led them to rely on God as their only source of goodness and strength.

Humility leads us into relationship with others, especially people who are different from us. Only in humility can we say, “I don’t understand your life, but it is still valid.” Only in humility can we say, “I haven’t shared your experience, but that doesn’t mean that your experience doesn’t exist.” Without humility, we will not want to invite others into the beauty and wonder we ourselves have found. Without humility, we’ll be too worried about our own stuff to give others A Place to Belong.

That takes us to today’s gospel reading. We may think that the moral of the story is clear: “Be humble.” I mean, that would be the logical conclusion of everything I’ve said to this point, right? Well, I’m suspicious of the phrase “the moral of the story.” If you just tell me the moral, I won’t need the story, right? But this is a parable, where the story is the point, and where discomfort is to be expected.

Let’s start with this: Are you more like the Pharisee, or the tax collector? Be honest now. Do you try hard to do your best? Are you an upstanding citizen? Do you show up when there is thankless work to be done? Do you get involved on committees both inside and outside the church? Do you make an annual pledge to Good Shepherd?

I do all these things. I love checking off boxes and doing things well. I love being with people, even when they are hurting. I enjoy doing the dishes. And I tithe to Good Shepherd. My salary shows up publicly every month in the treasurer’s report, so I’ll tell you now that in 2020 it’s expected to be just shy of $80,000, as dictated by the bishop’s office. This means that nearly $8,000 will come right off the top. And that’s before we add Christy’s income, so my family’s pledge will definitely be more than $8,000.

I bet you wish I’d stop talking about this. Right now, aren’t you mentally comparing your income to mine? If it’s less than mine, is that bringing you down, as if it were a measure of your worth? If it’s more than mine, then are you justifying why you don’t give ten percent? I’ll let you off the hook by informing you that one of Bishop Greg’s requirements for all the priests in the diocese is that we tithe, so I don’t even have to think about it, and it’s super easy to calculate. Still, I have just thrown decorum out the window by talking about how much money I make … even though my salary is public.

Now, I don’t fast twice a week, though I once gave up Facebook for Lent. I’ve tried fasting from food, and it’s not pretty. I don’t even fast on Good Friday because I have to be “on” in my duties as a priest. So I guess I’m at least halfway like the Pharisee … at least I tithe, so … oh, rats. I’m comparing myself to others, and that makes me a Pharisee. But you don’t doubt that I mean well, right?

Jewish law required only one day of fasting per year, so the Pharisee in our parable is a hardcore overachiever. Good for him, because we need more people like him to set us an example. But we don’t know how easy it is for the Pharisee to accomplish this. We don’t know the ways in which the circumstances of his birth and the accidents of his life have made it easier for him to tithe and to fast.

Now let’s talk about this tax collector. In Jesus’ day, the work of tax collectors was not only legal, it was sanctioned by the occupying Roman government and enshrined as patriotic. Jewish tax collectors were colluding with the Romans. They customarily took a far bigger cut from their fellow Jews than they were required to, while the Roman government looked the other way. The tax collectors used their built-in tip jar to live high on the hog. It’s no surprise that the Pharisees didn’t like them. Nobody else did either.

So which of the two men in Jesus’ parable deserves God’s favor? Clearly the Pharisee—he lives an upstanding, respectable, moral life. But who did Jesus say is justified? The immoral tax collector. According to Jesus, God’s love is not something we can deserve.

Let me say it again: God’s love is not something we can deserve.

Say it with me! “God’s love is not something we can deserve!”

The tax collector could try playing the Pharisee’s game. He could pray, “At least I’m not like that self-righteous Pharisee in his ivory tower of morality! He doesn’t know what it’s like to be Joe Taxman. What other job could feed my family well enough? If I didn’t collect taxes, somebody else would. And is it so wrong to want the best for my children?”

But that’s not what happens. The tax collector skulks into the temple, creeps into a far corner, and openly sobs. He crumples in a heap as he ponders what his career is doing to his people—to God’s chosen people! In the marketplace, he may well shrug off the people’s hostility. But he can’t keep up that façade in God’s temple. He is worthless scum and he knows it. And that’s why God gives him a “crown of righteousness.”

The Pharisee wants to know he’s doing everything right.

The tax collector just wants to be in any relationship with God, even a strained one.

The Pharisee brags to God: “Look how good I am!”

The tax collector just wants to be held and rocked to sleep.

What happens to the Pharisee and the tax collector next? Let’s imagine. The Pharisee keeps doing lots of good things … feeding the poor … housing the homeless … defending widows and orphans … hey, these are all great things! Give him a commendation from the City Council. And I'll eagerly take his pledge card!

And this presents us with a problem. We all want the tax collector to change, to become a better person, to do the right thing. We want Jesus to say that God will only give this guy so many chances to shape up. We expect him to chronicle some improvement before he shows his face in the temple next week. But as author Robert Farrar Capon writes of this parable: “Why are you so bent on destroying the story by sending the [tax collector] back … with the Pharisee’s speech in his pocket?”[1]

But wait! we cry. Didn’t we already establish that part one is justice? Where’s the justice in letting the same deadbeat off the hook, week after week after week?

I did say last week that justice must be planted before A Place to Belong can form. But what does justice mean? Does it mean slavish adherence to rules and punishment for rulebreakers? No. God could insist on this, but God knows that punishing rulebreakers doesn’t make them improve themselves. Instead, God lavishes mercy on the tax collectors, over and over again, because it’s not like he’s going to run out of mercy. People might not improve, but that’s not God’s primary concern. God just wants us, in any old way—good, bad, or indifferent. We might improve ourselves simply out of joy at this realization. But we don’t come to church because we’re good people. We come to church because God keeps giving us the mercy we need and can never deserve.

And so we’re back to humility again. Only humility can prevent us from the despair of becoming Pharisees to other people’s tax collectors. If tax collectors keep showing up week after week and never get their lives together, our concern is simply to welcome them, because you know what?

We are all, all of us, tax collectors, not Pharisees.

I have a dream of a church in which we can slough off all the ways we’d rather be Pharisees. I’d love for us all to be able to say plainly and dispassionately, “Well, my income is x, so this year I’ll be giving y to the church.” I’d really love to publish, for all to see, a list of everyone who pledges to Good Shepherd. (No, not with dollar amounts listed, just names—and don’t worry—we won’t do that this year.) I’d love for us all to get over our urge to compare ourselves with others and just accept that we’re all tax collectors, sorely in need of mercy, longing for justice, reduced to humility by the bare facts of this difficult life. We need one another. We need A Place to Belong.

The crown of righteousness is not a reward given for brownie points. It is a gift given out of love. Let us accept with humility God’s justice that looks like mercy. Once we’ve established justice and humility, we’ll be ready for part 3: inclusivity. Stay tuned.