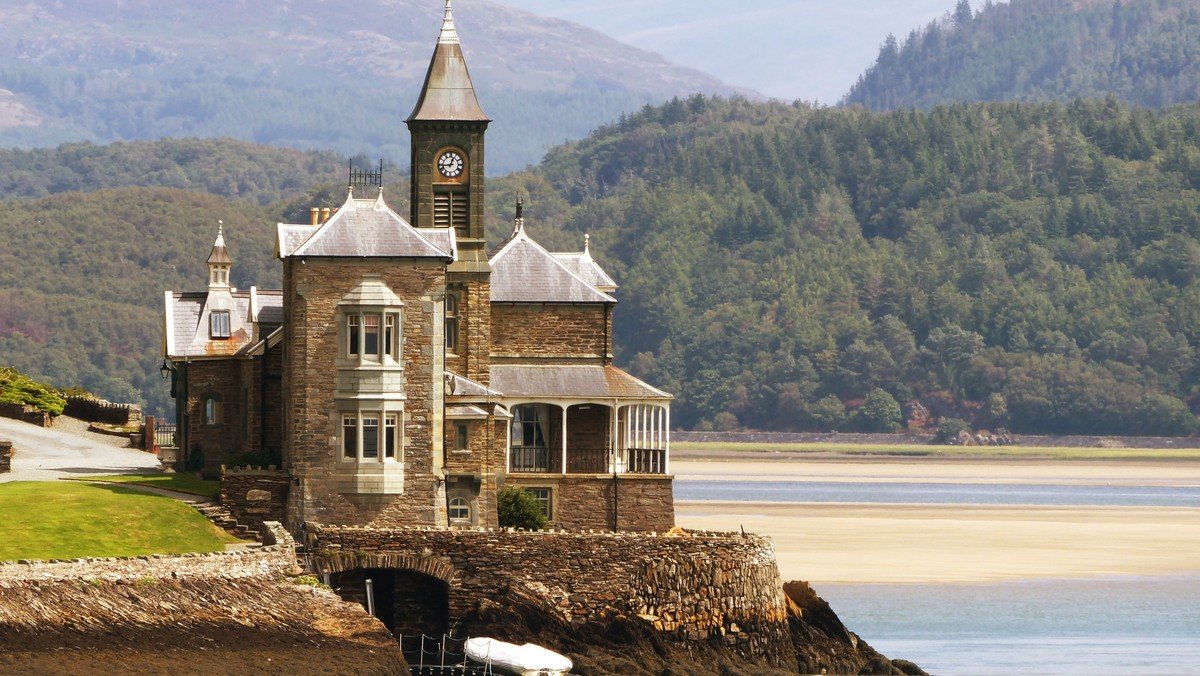 So St. Peter was on duty at the Pearly Gates, as always, and he saw Jesus walking by. “Hey, Jesus, could you take over for me for a few minutes while I take a break?”

“As people arrive, learn a little about their lives and then decide whether they deserve to be here.”

So Jesus took Peter’s post. And the first person to arrive was a very old man. Jesus welcomed him and asked, “What did you do for a living?”

Jesus lit up when he heard this. He asked, “Did you have a family?”

Now Jesus was really intrigued. “You lost him? Can you tell me about him?”

“He had holes in his hands and feet.”

I open with this joke because, first of all, there’s a time-honored tradition of opening a sermon with a joke—note that I didn’t say a good joke. But I told this joke for another reason—because I think Jesus is doing something similar in today’s gospel reading. Only in his case, it’s not supposed to be funny, but deadly serious.

In the gripping parable of Lazarus and the Rich Man, Jesus gives us much of the imagery we still attribute to the afterlife: a heaven above, a burning fire of hell beneath, and a giant chasm between them. Doubtless Dante drew on these images and expanded on them when he created Inferno and The Divine Comedy. But we must remember that this is a parable, not a divine description of a metaphysical reality. It’s a stock setting—the ancient equivalent of a “St. Peter at the gate” story. Except, in this case, St. Peter is actually there with Jesus, listening to the story! Whoa—mind blown.

Jesus illustrates a continuity between our lives now and our lives on the other side of death. From the underworld where he is being tormented, the rich man instructs Abraham first to send Lazarus to him with just a drop of water, and barring that possibility, then as a messenger to warn his family of their potential fate … as if Lazarus were still some poor lackey to be ordered around.

It strikes me that maybe the rich man has fixed that giant chasm himself. Now it is too late. He may have made an art out of business deals, but he has never attempted the art of generosity. What if he had noticed Lazarus at the gate and befriended him? What if he had started giving early on, before he became a self-made man, when he didn’t have two dimes to scrape together, but when he could have given one of his two nickels away? How might things have gone differently? Would he ever have become so rich? And if not, what would have been wrong with that?

Many of Jesus’ later parables, especially, urge us not to wait to change our lives. We don’t like to imagine a time, on either side of the grave, after which it will be too late to change. But we can’t assume that death means we will suddenly become infinitely wise or abundantly giving. At what point will change just become too difficult for our souls to bear? And is this moment, right now, too soon to begin really living?

For we know that even on this side of the grave, there is such a thing as “too late.” This is the situation Jeremiah speaks of today. Despite the dire warnings of all the prophets, who saw this coming for years and years and consistently urged the people to prevent it, the Babylonians have overrun Judah and are carting all the elites into exile. God’s holy temple is profaned and destroyed. It is the end of the world as the people of God know it. And Jeremiah has every right to say, “I told you so.”

But Jeremiah does something different instead. It sounds at first like a boring business deal explained in excruciating detail. You may have been sitting here wondering, “Why on earth is this in the Bible? And why are we reading it today?” But let me explain its significance by telling a modern-day story.

Imagine that it’s the year 2050, and the seas have swallowed up Miami and many other coastal cities. Imagine that people around the world are dying from sunstroke and lack of clean water. Migrations of climate refugees have led fearful nations to declare war on each other. And the worldwide economy has crashed—not like 1929, but far worse. Imagine that millions of people are dying and the entire system of capitalism is lying in a shambles at our feet.

Now imagine that a middle-aged Greta Thunberg goes on international TV and ceremoniously buys a large mansion on what has suddenly become coastline property. And she says, “I’m going to hang onto the deed to this land until I can invite my children and grandchildren to live in this mansion with me and hold a celebratory housewarming party.”

This is what is happening in today’s reading from Jeremiah. Jeremiah says, “I’m buying some land, because there will come a time when I’ll be able to sell it again. God will not abandon us.” This is a prophetic demonstration of hope in the midst of despair.

The writer to Timothy suggests that if our community has any wealth beyond that which meets our immediate needs for food and shelter, we have the privilege of deciding what to do with it. None of our wealth really belongs to us; everything in our lives is a gift from God, and the gift of material resources is particular to our earthly lives. To whatever degree we do not share our resources with those in need, we are implicated in their suffering. We cannot live our lives separately from them because we are not a planet full of isolated individuals. Make no mistake: failure to consider the needs of others is the root cause of our climate crisis.

This is right. Because of the prophets, the Church knows how to tell the truth about sin and judgment. We know how to puncture illusions of security, illusions of isolationism, illusions that God does not care what we do. And when we do this, people often accuse us of being “too political.”

But because of Jesus Christ, the Church also knows about something our secular society may not: death and resurrection. We don’t get the luxury of being cynical. The world is full of people who know that death is real. But have they experienced resurrection? In the Church, we don’t believe in death without resurrection. We know that faith is for things we hope for but cannot yet see. We trust that God is in this with us for the long haul.

And we don’t just hope for pearly gates and Peter welcoming us in—that’s fine and good however you envision it. But we Christians see death and resurrection all around us even in this life. So isn’t Christianity uniquely qualified to handle these challenging times?

My job as a priest is invite you to join me and to continue with me in the Church’s work of truth-telling, grief-assisting, and hope-inspiring. No matter how bad things get, God does not abandon us. We are to demonstrate that hope through the living of our lives. And if we are unusually positioned to have lots of cash constantly flowing toward us, then unlike the rich man in today’s parable, we can send it right back out again.

Last week, Greta Thunberg and fifteen other children filed a formal complaint against the nations of Argentina, Brazil, France, Germany, and Turkey—five of the worst carbon polluters in the world—for violation of the international Convention on the Rights of the Child. I wish I’d had that kind of courage as a teenager! I look to these young people as my role models to speak the hard truth, work for change, and act out of hope. These children have gotten out ahead of the Church. Will we catch up to them? What are you willing to give up to give our great-great-great-grandchildren a life that really is life?

Well, in the interest of the kind of hope the Church holds out for the world, we need a joke right about now. A man dies and goes to heaven. St. Peter meets him at the pearly gates.

Peter says, “Here’s how it works. You need 1000 points to make it into heaven. You tell me all the good things you’ve done, and I give you a certain number of points for each item, depending on how good it was. When you reach 1000 points, you get in.”

“Okay,” the man says, “I attended church every Sunday.”

“Well, let’s see,” answers Peter, “that’s worth another point. Did you do anything else?”

“Hmmm. How about this: I started a soup kitchen in my city and worked in a shelter for homeless veterans.”

“Fantastic, that’s certainly worth a point,” he says.

The man starts to sweat. “Well … I called my congresspeople regularly to demand sweeping and immediate action against climate change, and I marched in the streets as well.”

“One point?!” the man cries. “But it’s only by the full grace of God that I’m standing here in front if you at all!”

“Exactly,” says Peter, and the gate swings open. “Come on in.”