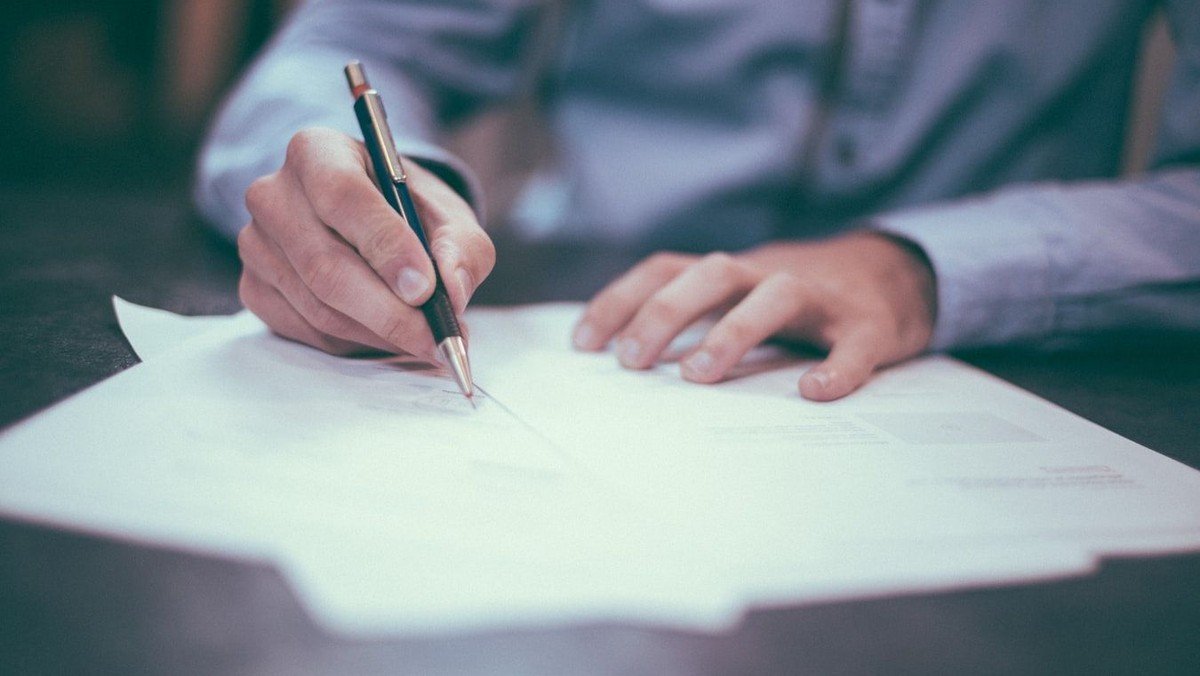 Money. Can money buy happiness? (No!) This is what we’ve always been told.

But let’s try it from another angle. Can poverty prevent happiness? (Yes!)

Hmmm. Here are lyrics from a song by the band Everclear: “I hate those people who love to tell you money is the root of all that kills/ They have never been poor/ They have never known the joy of a welfare Christmas.” The song is called “I Will Buy You a New Life.”

I see here a law of diminishing returns: A little bit of money can indeed make you happier, because it will reduce the stress associated with your very existence being under threat. But the more money you have, the less happiness it can give you, and it may even send you in the opposite direction.

Other than the Kingdom of God, money is Jesus’ favorite topic of conversation, and the rich are his favorite targets for scorn. But is today’s parable really all about money? Or is there something deeper going on here?

A rich man has a manager, but rumor has it that this manager is misusing resources. I’m not sure why the rich man fires the manager before getting the ledger back from him, but the plot depends on it. The manager has just enough time to contact his master’s debtors and work with them to cook the books. By engaging in shady dealings, he hopes to curry favor with them, so that when he is in need, they might be able to offer him help in return.

We might assume the rich man would be hopping mad about this, but every parable comes with a twist. The rich man commends his former employee for his shrewdness. What?

Now, there’s a host of scholarly theories about the cultural assumptions behind this parable. Some suggest that the portion of the bill the manager canceled was just his own commission, meaning that none of the rich man’s money was lost. Some suggest that only the interest was canceled, and according to the Law of Moses, charging interest was sinful anyway. Regardless, Jesus himself tells us the manager has acted dishonestly, and that his dishonesty is commended. We don’t like this. We want our heroes to be straight shooters.

Yet what assumptions do we bring to the story? For starters, we tend to assume that the rich man has come by his grocery franchise honestly. But why should we give him the benefit of the doubt? Because he’s rich? We know that’s a dangerous assumption. We also tend to assume the existence of a middle class, but that’s a very modern phenomenon. You can bet that the rich man’s debtors were just trying to eke out an honest living.

With that context established, let’s look at this parable again and see who benefits from the manager’s dishonesty. Do the debtors benefit? Undoubtedly. They will go away rejoicing and because it’ll be easier to feed their children tonight. Does the rich man benefit? Undoubtedly. He is pleased to discover that giving up some potential income has made him a little more popular with his debtors. And he can honestly say, “It’s just money. I’ll make more.”

Does the dishonest manager benefit? Potentially. And that’s all he can hope for in this situation. He’s still out of a job. He just hopes that the debtors will remember how he “stuck it to the man.”

As for the lost money itself, think about it: technically, in this story no money changes hands at all—only numbers on a page. Money is an idea, not an actual thing. If there’s any loser in this story, it’s not any real people, but the power of money itself.

So does the end justify the means? I guess it depends on what matters to us. If what we want most is a balanced ledger, we’re going to be disappointed. The books are all messed up now, but everybody’s a little bit happier. And all because this manager went and committed the crime he’d been accused of in the first place.

It’s at this point that I start to question whether this parable was ever about money at all. It seems to be more about human relationships, and that’s a relief. But there may be yet another layer here. Let’s take a quick glance at our epistle reading from the First Letter to Timothy, where we find a snippet of one of the earliest Christian hymns:

There is one God;

There is also one mediator between God and humankind,

Who gave himself a ransom for all.

Ransom? That’s money talk. And it’s the earliest understanding of what Jesus accomplished in his death. Satan demands human souls. Jesus says, “Take me instead.” There is a prisoner exchange, and now we are free. But then Jesus engages in his own shady dealings. He cheats on the ransom deal. He surprises everyone by breaking out of hell and destroying it. This was the dominant understanding of Jesus’ death for hundreds of years.

It wasn’t until the eleventh century that Anselm of Canterbury replaced this narrative with his own. Anselm argued that God couldn’t possibly owe Satan anything, so how could Jesus be a ransom? Rather, Anselm argued that our sin puts us in God’s debt, and Jesus pays our debt to God. In the second millennium, Anselm’s became the dominant narrative. Some time I’d love to teach more about how Anselm caused far more problems than he set out to solve, and how in this third millennium we may well come to an even better understanding.

But both of these metaphors are economic, transactional understandings of what Jesus was all about. Today’s parable suggests something wilder. As a footnote to the parable, Jesus says, “Make friends for yourselves by means of dishonest wealth.” I think he’s saying that money is itself both dishonest and useful. It will not love you. It will most certainly leave you. But instead of serving it, we can make it serve others.

Let’s throw into this mix a story from popular culture: The Music Man. The year is 1912, and Harold Hill is a grifter. He travels from one midwestern town to another, and everywhere he goes he establishes a boys’ marching band with himself as the teacher and conductor. He collects money for instruments and uniforms, taking a big cut for himself. And then, because he doesn’t know the first thing about music, he cuts town, leaving behind a bunch of instruments that the kids have no idea how to play and uniforms that will never be used. Along the way Harold leaves a trail of brokenhearted music teachers he has wooed into submission.

But in River City, Iowa, something different happens. Harold’s God-given gifts shine through. His motives haven’t improved, but somehow Harold builds community among the townspeople. As Marian the music teacher puts it, every promise this shyster makes comes true in the excitement of all the kids in town, in the camaraderie of the women creating a dance troupe together, in the way the feuding School Board members have suddenly become a skilled barbershop quartet. And Marian’s own little brother, Winthrop, transforms from a distraught, grieving lad to an energetic and gregarious little boy. Harold didn’t mean to do good things. He didn’t even believe himself capable of good things. But somehow, as it turns out, God’s grace requires no purity of motive. Marian falls in love with Harold, and instead of fleeing, Harold allows himself to be arrested. “For the first time,” he says, “I got my foot caught in the door.” And then, gloriously, gracefully, at the end of it all, there really is a band, and Harold is exonerated.

That’s the parable not of the dishonest marching band salesman, but of the dishonest music teacher. Marian is shrewd enough to see the human relationships blooming in her town, so she forgives Harold’s debt and circumvents legal justice to promote the higher justice of love.

And so the good news comes to us today through shady dealings. The dishonest manager escapes the grip of transactional affairs to enter the realm of relationship and reciprocity. He figures that somewhere down the line, someone who is grateful to him will return the favor. He doesn’t ask for help in advance. He doesn’t make them sign a contract. He just gives them a break and makes their lives a little easier. Even the impure of motive make good things happen sometimes.

In all this, you never quite know where God will show up, but the obvious places are not the best places to look, because God is a shady character, too. One more story. On Friday I accompanied Sarah to the student climate strike in Seattle. At the top of a tall hill in Cal Anderson Park stood a man with a sign proclaiming, “Turn to Jesus Now or Burn in Hell Forever!” Surrounding him and coating the hill were hundreds of young people standing in opposition to this man’s Jesus. It’s no wonder that Americans are leaving Christianity in droves.

Yet throughout the day, I saw God sneaking around everywhere without ever being named. I heard from the mouths of teenagers words of love and compassion and debt forgiveness and a deep desire to make a world fit for their great-grandchildren to live in. Money was a top concern in this conversation, too. It was understood that in addressing climate change, we must use money as a tool to help others, and that we must oppose those who make the acquisition of money their whole purpose. God was present throughout the rally and march, but not in the obvious figure of that one frightened man on the hill selling his false Jesus. God showed up in disguise, right in middle of the mess. And God doesn’t respect our desire for fairness, but works independently of the trap of proper bookkeeping.

Our love, our mercy, our compassion are the true riches God entrusts to us. We can be faithful to these riches only by sharing them—and when we’re shrewd, money can help, too. When money serves money, the law of diminishing returns sinks us into despair. But when money serves love, happiness can only grow. Love will not lie to us, but only ever make more of us. Love is sneaky and shady and will always set us free. Amen.