What Will This Cost Me? 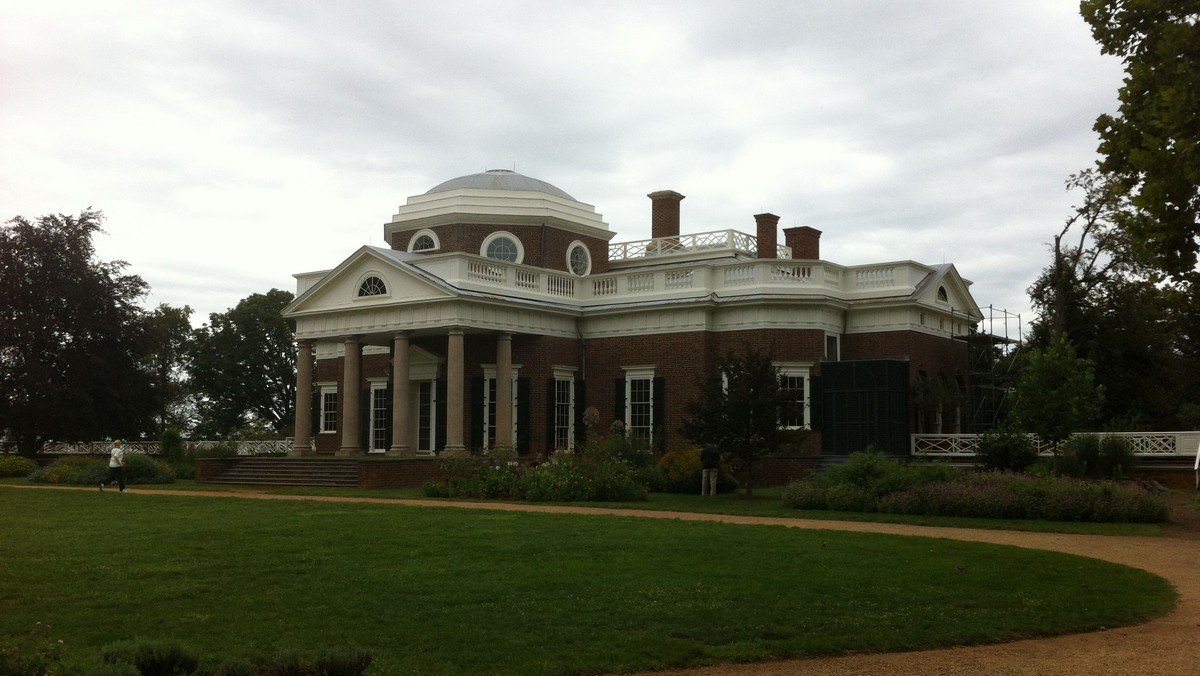 Have you ever been to Monticello, the home of Thomas Jefferson? If you haven’t been there before, I hope you can go someday—it’s an amazing place. Jefferson was indeed a genius. He was always thinking and learning, and he was always finding ways to make the necessary doings of his life more efficient so that he could set aside more time to think and to learn.

When Christy, Sarah and I visited six years ago, I was impressed with the way Monticello is presented to tourists, and I was especially impressed by certain features that can’t have been there for many years. Doubtless most of us are familiar with the firmly established theory, now well supported by DNA evidence, that Jefferson fathered one or more children by one of his slaves, Sally Hemings. Not only does the presentation of Monticello not gloss over this fact, but it positively celebrates our knowledge of it. Panoramic displays talk about Jefferson’s slaves by name and inform us of each one’s household or farm responsibilities. Every opportunity is taken to explore the tension within the man who authored a world-famous document promoting individual freedom, who spoke out time and time again against the evils of slavery, but who, throughout his life, owned hundreds of slaves. Yes, Jefferson was a genius. But do we have to admit this contradiction as a glaring a blind spot? Or must we entertain the possibility that while he proclaimed brave new ideas, Jefferson was, in more personal and very real ways, a coward? And can we, in our own time, claim to be any better?

Certainly, had he set his slaves free, Jefferson would have had to give up most of the luxurious aspects of his life that gave him the leisure to think and to learn as much as he did. No doubt his thinking and learning were a great gift to the world, and I think he knew it himself. Perhaps he counted the cost and decided that it was better to keep several hundred people enslaved than to deny the world any part of his genius. But that doesn’t paint him in a very favorable light, does it? And here’s another wrinkle: In his will, Jefferson only set a handful of his slaves free. The rest were sold and scattered upon his death, and even the journalists of his day noted Jefferson’s hypocrisy on this matter.

Surrounded by a series of parking lots at Monticello, we found a small patch of land. An information board there tells us that only a few years ago, the remains of some of Jefferson’s slaves were discovered there. It is now a featured part of Monticello called the African American graveyard. But it is out of the way, easy to miss, and it bears no gravestones or names, for we do not know them.

Thomas Jefferson was an Episcopalian, and he served on the vestry in his congregation in Charlottesville, Viginia. But while he honored and respected Jesus, he did not believe that Jesus was in any way the Son of God, and he did not hold to any understanding of the Trinity. In The Jefferson Bible, his edited version of the gospels that kept the wisdom of Jesus while throwing out his miracles and anything else Jefferson deemed superstitious, only half of today’s gospel reading appears: the second half. It seems that Jefferson pondered that passage and decided not to take up Jesus’ cross and follow, but merely to count the cost of his massive building projects, many of which went unfinished at his death. Through his words and ideals, Jefferson was an architect of freedom for many, but he did not free those closest to him, the ones whose emancipation would have come at dear personal cost to himself.

All of us Christians must ponder this matter. How much will Christianity cost me, really? I mean, if I really give it my all? What will it cost me? We’re not done with slavery, you know. What are the ways that my actions and my money enslave other human beings today? And if I were asked to give up something very important, would I have the courage to do so, if even a man as great as Thomas Jefferson did not?

For Jesus does urge us to take up our cross and follow him. What might that look like for us? The cross was an instrument of torture and death. Imagine Jesus saying, “Whoever does not get into my electric chair with me cannot be my disciple.” How can anyone commit to something like this? Jesus demands that his disciples give up all their possessions. I guess that’s not necessarily the same thing as parting with them right now. But it does mean letting go of any guarantee that we will keep them—because we’re going to die anyway, and then they won’t be ours anymore. What are we holding on to? What are those things through which, were we to let go of them, others might be emancipated? And in setting others free, might we be made free ourselves?

But that’s not all we find in this difficult and raw gospel passage: Jesus also tells us to hate our families! I want to pause for a moment to explore Jesus’ use of the word hate. The first time I researched this passage, I went right to my Greek Bible, hoping against hope that “hate” was a poor translation, and that I’d find a milder definition. But I was disappointed: the word is miseo, from which we get words like misogyny—the hatred of women. Or misanthropy, the hatred of humankind. Hate is a strong word, we may remember our parents telling us. Maybe that’s why Jesus used it—with an internal smirk, and with his tongue planted firmly in his cheek. Like, “They’ll remember this one!”

Contrary to a literal reading of this text, I don’t believe Jesus was asking us to despise our beloved family members, or to scorn the life God has given us. But at the same time, I’m not going to explain the word “hate” away as if Jesus hadn’t used it. Rather, we might imagine Jesus saying that God is so loving that any love we experience in this life is little better than hate. Following Jesus takes so much commitment that we may as well forget about everything else entirely. If we want the Great Pearl that is God’s Kingdom, we’d better be ready to let go of everything, because nothing else even comes close, and nothing is so important that we can let it get in the way.

But that part isn’t in Jefferson’s Bible. And as his Bible only contained gospel passages and nothing from the epistles, I really wonder what Thomas Jefferson thought about Philemon, the recipient of a letter from Paul. (This letter is so short that we just heard it in its entirety.) Philemon owned a slave named Onesimus. That was a very common name for slaves in the Roman Empire, because “Onesimus” means “useful.” Paul uses a play on words here, turning on their heads our ideas of slavery and freedom, of usefulness and uselessness.

We don’t know exactly what happened to prompt this letter. But we might imagine that Onesimus, in an opportune moment, has managed to escape from his master and wonders what to do next. If a runaway slave is caught and returned to his master, the master has the legal right to beat or kill him. So Onesimus fears the consequences that might await him if he returns home. But he knows how to find Paul, who is currently under house arrest. He goes to Paul and pleads for his help.

Now, Onesimus has been baptized. He is a Christian, and Paul uses this simple fact as the core of his appeal. Paul returns Onesimus to his master with a letter addressed to the church there, in which Paul explains that Philemon has a moral choice to make. We can see the options. Philemon can choose to free his slave, at great monetary loss to himself, or he can choose to keep living in the inconsistency of owning a person who is supposed to be his equal, his brother, his very flesh and blood in Christ. If Philemon has other options, I don’t know what they might be. Paul doesn’t even lay the options out. Instead, he says, “I am confident that you will do the right thing and even more, because I know what a big heart you have.” And then in the conclusion of the letter, Paul says, “By the way, prepare a guest room for me, because I expect to be released from house arrest very soon, and I plan to come visit.” What situation will Paul find when he arrives? What will Philemon have done?

Presumably, since this letter became part of the Bible, Onesimus did make it back to his master. Maybe he showed up just in time for Sunday service, and he had this letter from the community’s spiritual leader read aloud, as was the custom. Clearly, Philemon did not just tear up the letter in anger. It became treasured, and it continued to be read in worship in the surrounding communities … and we read it today. I think this letter changed Philemon’s life, and Onesimus’s life, and then the lives of a great many other people. And this is largely because Paul did not tell Philemon what to do. He reminded him of the vows he had made at his baptism, and then he trusted him to be true to those vows with his entire life—with his money, with his possessions, and in his human relationships.

Jesus asks us to do the same: to count the cost before deciding what commitments we will make, and then to make those commitments boldly. He asks us not to take any of the wonderful gifts of life for granted, but to use them and to enjoy them in the service of others, living fully and joyfully. Will there be a cost? Absolutely. But the more we commit our lives to Christ, the more willing we will be to pay any price to free others. Amen.