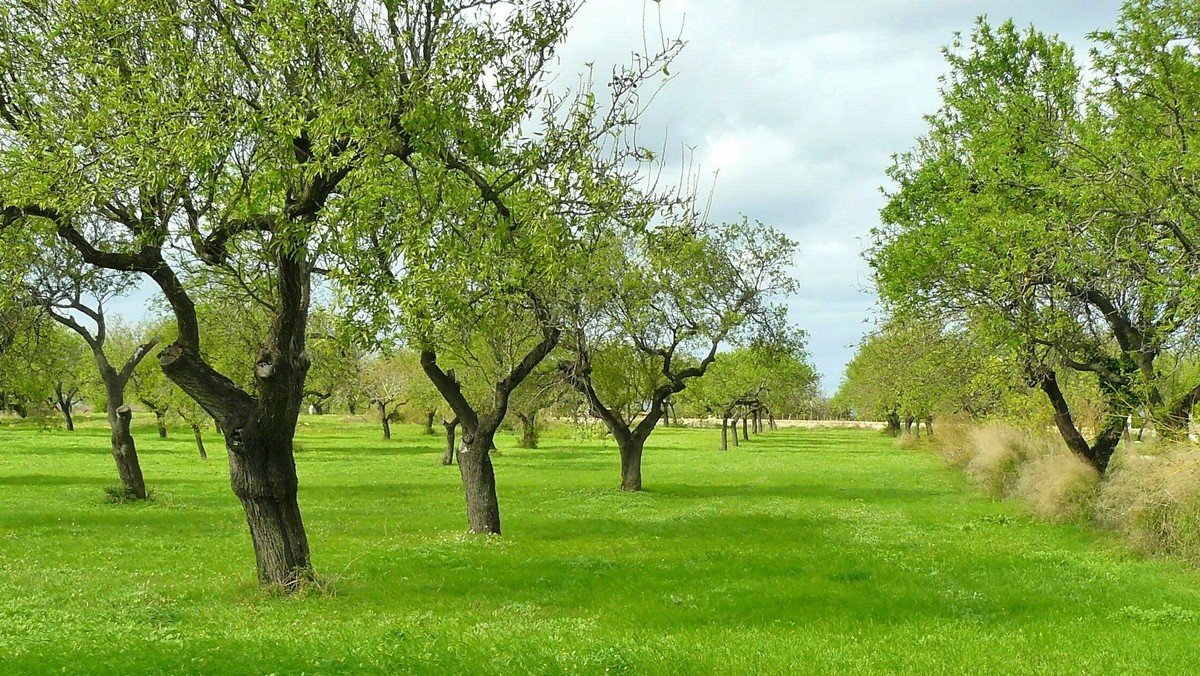 What manner of person is a prophet?

A prophet notices injustice in the world and calls it out, loudly and annoyingly. A prophet demonstrates a preference for vulnerable people, especially foreigners and the poor, above the rich of his own countryfolk. And a prophet changes lifestyle in order not to contribute to the injustice in the world, but instead to offer everyone a better way to live.

Most of us are not prophets. But then, most of us don’t need to be. We may lack the courage to step out boldly like prophets do, but we can organize to do good work together. And there’s all kinds of compassionate work to be done—work of action, work of solidarity, and work of trust.

Last Monday I drove to Aberdeen, where one in fifteen citizens has no home. Recently the city bought riverfront property on which 80 to 100 people typically camp, in order to be able to sweep it. Several months ago I was present when a federal judge found that the city was not negotiating with its homeless citizens in good faith. In response the city submitted a map showing which downtown sidewalks can be camped on, and they agreed to set up pallets and tents on a portion of the parking lot of City Hall. Then the call came from our diocesan mission, Chaplains on the Harbor, that the city was finally going to carry out its sweep.

The plan for Monday, then, was for priests from the around the diocese to show up in collars, with work gloves and boots, and help people move from the riverside encampment to the new City Hall site. Angry rhetoric against the homeless in Aberdeen has ramped up, so we were also asked to be prepared to deescalate potentially violent situations and to film any mischief or illegal actions.

On our arrival, though, it became clear that there would be no sweep on Monday, because the City Hall campsite did not yet exist. I thought about all that driving I had just done, but this is the way life works when you have no power or privilege—it’s “hurry up and wait,” literally all the time, and I was stepping into that world. So I took a breath and waited to see what would happen next.

A man named Shawn died at the riverside camp two years ago, and his widow showed us the makeshift memorial the homeless community had set up for him. She told us that the city planned to bulldoze anything that remained after the sweep. Our next step became clear: we needed to dismantle Shawn’s memorial. But we couldn’t do that without prayer. The Rev. Sarah Monroe gathered us in a circle to hold hands. Another priest led a spontaneous prayer honoring Shawn’s memory and his role in the community. I read the Commendation from our Episcopal burial service, and yet another priest gave us a blessing and dismissal. And then we all worked together to take the memorial apart. Its centerpiece cross has moved to the group’s chapel in Westport.

Friends, that was worth the whole trip. To stand with a grieving widow, to demonstrate that her husband isn’t forgotten, to affirm Shawn’s spiritual value to the homeless community—that’s why we were there. I’m glad I showed up in all my privilege and ignorance, to listen, to honor, and to do the one thing I could do in that moment. With practice, any one of us can do this. We don’t have to be prophets to heed the call of the prophet.

“A basket of summer fruit.”

Last week it was a plumb line, which God used to measure the crookedness of the people. Today it’s a basket of summer fruit, and a play on words: in Hebrew the consonants are the same in “summer fruit” and “the end.” The end is near. The fruit will rot. Though there is wealth and power and success today, the prophet Amos decrees the coming destruction of Israel. Amos certainly lives up to the job description of a prophet: make powerful people angry. Speak out on behalf of the poor. When hopelessly outgunned, only get more defiant. In last week’s reading, King Jeroboam’s reaction was, “Amos, you’re in Israel now: love it or leave it. Why don’t you go back to Judah where you came from and work on fixing that instead?”

Amos doesn’t waste breath pleading for a change of behavior; God’s vengeance cannot be avoided now. Everything seems sunny to the wealthy residents of Israel, but their fate is sealed, because they maximized their financial gain at the expense of those who have nothing. Of course, capitalism as a nationwide economic system hadn’t been invented yet, but you can bet that Amos would not have been a fan.

At another point Amos describes God’s reaction to Israel’s practices of worship. I would paraphrase it like this:

I hate the way you worship me.
You make sacrifices on your altar, but I reject them.
Your hymns are annoying; just stop already.
I don’t care about any of these things!
Justice is what I want.
Loving relationships among you are what I’m longing for.[1]

The words of all the prophets are aimed at the self-assured. Amos hears God asking, “Do you really want me to come judge you? Why would you want this? Do you have any idea what judgment means? It means you have to change, and you have no idea how painful that’s going to be for you!” In other words, contrary to our common use of phrases like “I feel so blessed,” the good life is not a mark of God’s favor. On the contrary: it is a call to self-examination. Are we attending to the lack of ease and security right outside our doors?

It’s easy enough to pray Psalm 52 together, as we just did, and wish judgment on tyrants who shore up their wealth and power by exploiting the vulnerable. It’s easy because then we get to the verse that says, “But I am like a green olive tree in the house of the Lord.” Friends, we have in something in common with tyrants: we all secretly believe we’re green olive trees in the house of the Lord. We’re all at risk of complacency. And we all participate in the very systems the prophet disdains! But the psalm also gives us the antidote: “I trust in the mercy of God for ever and ever.” Practices of trust can lead us to understand that God’s love for us is never-failing, through our own judgment and beyond.

Notice that I didn’t say the antidote is to fix the world. That’s the trap that Martha falls into in today’s gospel. Martha has been doing all the work while her sister Mary sits at Jesus’ feet and listens. “Tell her to get up and help me!” But Jesus scolds Martha for getting too wrapped up in the work, as if working just a little bit harder could make all this better. He honors Mary for being his student, for setting aside her work to be in the presence of God and just listen. There’s work to do in the world and we’re the ones to do it, and do we need to pool all our skills to be able to effect positive change in our communities. But if we don’t set down the work from time to time and refuel through practices of prayer and learning, we’ll be no good to anybody.

Back to Aberdeen. The city has executed its judgment, not on the self-assured or complacent, but on the vulnerable who cannot defend themselves. A slow-motion sweep began on Thursday. The forty-three tents the city bought to house its 1000 homeless citizens filled up immediately. By Friday, the population of the river camp was steadily decreasing, its community scattering.

The bulldozers arrived and began to destroy the makeshift residences—supposedly only the abandoned ones, though in one case a bulldozer did destroy an empty shack someone was still using. A city law prevents people from transporting their belongings in shopping carts, so they’ve had to leave with whatever they can carry. The citizens who remain on the site risk arrest and a charge of misdemeanor trespassing. A community that had leaned on each other is no more.

Aaron Scott, our Diocesan Missioner for Anti-Poverty Organizing, writes on the blog for Chaplains on the Harbor: “Please keep [these] folks in your prayers: this is an extremely traumatic displacement which uproots [them] from their only home of several years, with no other place for them to turn.”

Most prophets end their books with a turn toward hope, and Amos is no exception. After decreeing one more time that Israel will go into exile, that nobody will escape, that God will shake the nation of Israel like a sieve, Amos hears God say, “I will rebuild Israel from the ground up. There will be so much abundance that the reapers won’t be able to keep up with the sowers. Wine will drip directly from the hills and mountains. I will plant Israel on its land once again, and they shall never again be uprooted.”[2]

Whenever a prophet refers to “that day” or says, “the time is surely coming,” that’s what we call the day of judgment. On the other side of judgment stands a time outside of time when all shall finally be well, not because we humans were good at fixing things, but because God somehow saw the work through to completion. But the road to redemption always leads through judgment. There is no way around that.

If we’re not afraid of God’s judgment, we are truly complacent. But God doesn’t want us to live in constant fear. The prophets call us beyond mere comfort into compassion—not to look out for number one in a bleak, hopeless world, but to live hopefully for others in the “what-if” world that we cannot yet see.

If that sounds like a lot of work, it is. So Jesus counsels us, as he counseled Martha, to balance that work with listening and learning. We can get a leg up on our spiritual maturity through consistent self-examination. To be a green olive tree in the house of the Lord is to practice trust that through God’s mercy, God’s judgment will only ever be for the sake of our growth.

Over time, we will become more merciful people, so that when there is work to be done, we can do it with compassion and sensitivity, not just out of control or ambition or a misplaced sense of duty. And as long as there is any opportunity in this world to love one another, all is not lost. Hope is on the horizon. The time is surely coming. Amen.