Anyone Can Plant Seeds 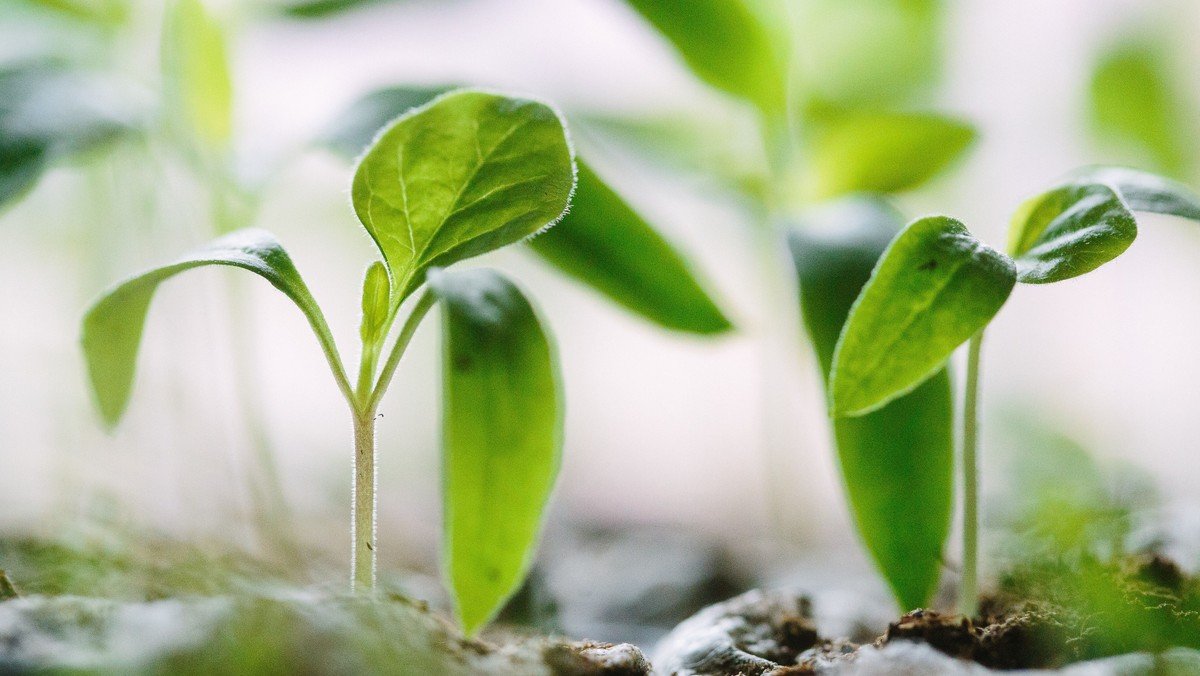 “You get what you give,” we’ve always been told. “What you put into it is what you get out of it.” In the era of computer coding, we say, “Garbage in, garbage out.” But the idea has been around for a long, long time—it predates the Bible. Even Paul was quoting something he’d probably heard all his life in Greco-Roman culture when he said, “You reap whatever you sow.”

But hang on a minute. Is that the same thing? Most of these expressions imply that whatever you put in will be exactly the same thing that comes out. But the reaping-and-sowing metaphor is different. When I bury a seed in the ground, I’m not going to see a seed come back out. I expect a plant. We see this in other places in Scripture, and I’ve preached on it as recently as Holy Week: the plant looks nothing like the seed, and we’d be shocked if it did. The plant is more beautiful. And it’s way more useful. You can eat seeds, and many of them are good for you. But if you plant them, you can feed many people.

This isn’t just the way plants work, Paul writes to the Galatians. This is the way life works. This is the way love works. But it’s also the way corruption works. You get more than you give—regardless of what you gave in the first place. Garbage in … pollution out. Simple goodness in … eternal life out! Paul uses this metaphor to urge the Galatians not to give up planting good seeds.

After all, anyone can plant seeds. Our sacred stories consistently assure us of this. Go back nearly a millennium before Paul. A young Israelite girl, taken as a slave by the Arameans, gives army commander Naaman just the information he needs to be cured of his leprosy. Why does she do this? She’s been stolen from her parents and her homeland and pressed into a lifetime of service. Why would she want to help Naaman? Maybe, with her God-given seed-planting instincts, she could do no other.

Now, Naaman is like an ancient anti-vaxxer: the cure is right there in front of him, but he refuses to listen to reason. To take a dip seven times in a Jewish river, when there are so many patriotically appropriate Aramean rivers back home? The indignity! Have you ever met someone who wouldn’t take the good advice offered, through stubbornness, or pride, or shame, or frustration at not having more control over the situation?

And that’s when Naaman’s own servants also come to his rescue to complete the process. “It’s not like the prophet gave you something difficult to do,” they gently point out. These servants plant seeds that yield immediate results. You can bet that Naaman swears his servants to secrecy when he goes down to the Jordan—but he does it, and he is healed. No belief necessary—just obedience. The cure works no matter how grudgingly it’s applied.

This story must have served the Jewish people well during their captivity in Babylon, and also during subsequent occupations as they tried to find the best way to resist oppression. To this day, it tells us that God brings down the mighty and lifts up the lowly. So the storyteller also planted a seed that is still sprouting.

Anyone can plant seeds! In his own time, Jesus sends out seventy people in pairs with the words, “The harvest is plentiful, but the laborers are few.” Yet seventy is a step up from the twelve disciples Jesus sent out earlier. What you focus on grows. The mission of the seventy is simply to show up among strangers, tell them the Kingdom of God has come near, and cure sick people.

Now, I’d be surprised if Jesus had first instituted a course to train dozens of students in the healing arts or in the finer points of demonology. No, he just sends out his followers—people with a natural inclination toward his message. And wherever they go, they find that the diseases flee from people’s bodies. God’s power does not come from Jesus’ disciples, but it courses through them. Through their openness and trust, they have become excellent conductors of grace and healing.

Jesus also gives instructions on what to do when the people don’t receive you: move on. Don’t keep trying to plant seeds where they won’t grow. We don’t hear a report on how many of those places there were, so presumably they’re not a big concern. The focus is on the success stories—the places where the Holy Spirit has worked wonders. And even then, Jesus says not to focus on the failure of evil forces, but on the sheer magnitude of God’s love.

I know I can get so easily wrapped up in what isn’t working. I’m hardwired to look for what’s broken and try to fix it. But sometimes this causes me to get in my own way. I delay starting things that I fear will fail, or I fail to try things when I can’t predict the outcome. This is not Jesus’ approach. Just get out there, he says—bring nothing to fall back on, because God is there to catch you. Just get out there with your bag of seeds and start scattering them.

You and I need to hear the same urging from Jesus and from Paul: keep planting good seeds! Some of them may delight us by sprouting up quickly. Others won’t sprout until long after we’re gone.

“The harvest is plentiful, but the laborers are few; therefore ask the Lord of the harvest to send out laborers into his harvest.” What, did you think Jesus meant other people? We’re the laborers. We’re the ones meeting people and making connections in our community and in our world. Anyone can plant seeds, you know. As we cultivate our lives, our decisions and our actions matter. What does your seed-planting look like?

Recently I enjoyed going door-to-door canvassing in Federal Way with community organizer Sarah Stockholm, to promote a ballot initiative to prevent homelessness by strengthening tenant rights. As we knocked on doors and talked with people, I wondered what it would be like for us Good Shepherd folks to get out and meet our neighbors, two by two. The thought makes me nervous, because I know how wary I get when people come to my door with a religious message. “No thanks,” it’s so easy to say—to dismiss people with the wave of a hand, to refuse that copy of the Watchtower, or to take it but immediately pitch it in the recycling bin.

But isn’t our message different from that? How so? If you were to show up at the door of someone down the street from Good Shepherd and tell them about the Episcopal Church, what would you say? Might it be enough just to let people know we exist?

This Saturday a group of us will be at the Tacoma Pride festival, at a booth with three other Episcopal congregations. I’ll be there. What questions do you suppose Tacoma’s LGBTQ community might have for a priest in a collar? For laypeople representing the Episcopal branch of the Jesus movement? If you had 30 seconds to explain your own experience of Jesus to someone who expects to be attacked by Christians, what would you say? What questions would you ask? Would you go out of your way to look for such a conversation? What if it just landed in your lap?

We do have a story to tell, but there are also stories we need to hear. We have a church we love and we believe it can also be life-giving for many people who haven’t yet heard of it. But we can’t assume we know the reasons why people stay away. Sometimes it’s pain. Sometimes it’s boredom. But it could be many other things. How will we know if we don’t ask?

For all the church’s talk about strategies for growth, we have to admit that we don’t get really to control anything in life. We can only engage with people faithfully. If we decide that the sole purpose of evangelism is to put people into pews, or to gather more pledges, or to find and recruit young families with kids, we’re a little too attached to outcome. After all, people are never a means to an end. We are, ourselves, the end, the purpose, the conditions through which love can happen in the world at all. Whether we are extraverts who engage with lots of people at once, or introverts who cultivate a few very deep friendships, our purpose is the same: love people wherever we find them. A congregation full of people who do this will grow anyway, in numbers and in depth. But we don’t get to dictate how or when that happens.

We have our own little bag of seeds, and we can throw the seeds wherever we like. Sometimes they spill out of our bag when we’re not looking, and then new growth surprises us. Other times it seems that nothing is ever going to grow again. “Let us not grow weary in doing what is right.” Easier said than done. But we can work with the opportunities placed in our path.

We don’t always feel equipped for the call. Most of us have no training in this. But just engaging in the work will make us braver and stronger. We are lambs going out into the midst of wolves, but we are learning how to be good shepherds.

There are specific skills we can learn for this work, and we’ll do some of that in the coming year. But my challenge for you this summer is simply to love others, and to trust that to love them is to plant a seed, and that what you reap will be far greater than what you have sown. So get planting! Anyone can plant seeds. Amen.