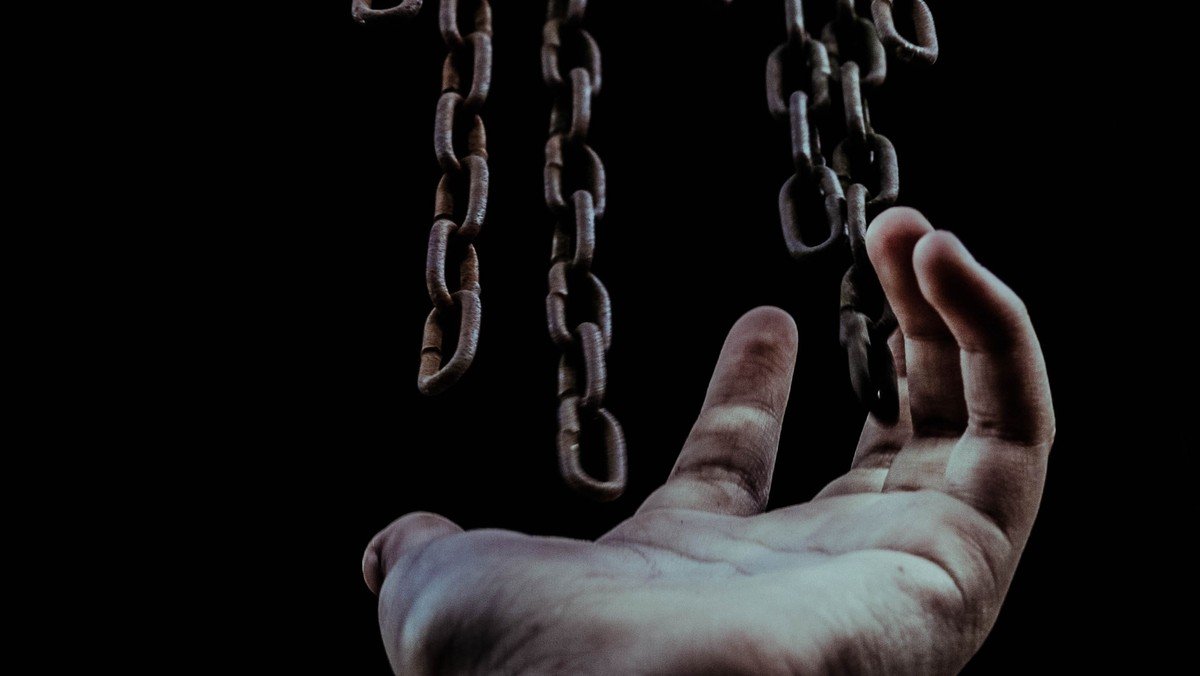 On a Tuesday morning fifteen years ago I suddenly found myself unemployed. Mid-year budget cuts eliminated my radio consulting job of nine years, and I had no idea what I would do next.

A deacon I knew said wisely, “The problem with no longer being able to go in the same direction is that now you can go in any direction you choose.” And yes, that was a problem, because where would I even begin?

But I remind myself now how disillusioned I had become with my job. It was a comfortable dead end, a routine that gave me a paycheck. I wasn’t growing. On the contrary: I was stagnating, both career-wise and spiritually.

Maybe this has happened to you. One day the sunlight comes streaming in and you find the walls of your prison lying in rubble all around you. What will you do now? In my case, this sudden unemployment led eventually to my ordination to the priesthood. But that literally took ten years. Sometimes one consequence of death and resurrection is an inconvenient freedom.

In today’s reading from the Acts of the Apostles, Paul and Silas are in Philippi, where a community of the Way is beginning to take root. But as they go about making disciples, they pick up a hanger-on, a girl with “a spirit of divination.” A more accurate translation would be “a spirit of the Python.” For you Greek mythology buffs, this is the Python that was slain by Apollo at the Delphic Oracle and whom he replaced with the priestess Pythia.

This girl is not just a street urchin, but a slave owned by opportunistic men. She speaks as the spirit of the Python directs her. And like the demons who proclaimed the true identity of Jesus, the spirit announces sincerely what Paul and Silas are up to. I guess Paul hasn’t heard that there’s no such thing as bad publicity. But to be honest, I’d be annoyed too if I had work to do and some little kid kept following me around, shouting, “Look! This priest is catching up on email! Look! This priest is visiting someone in the hospital! Look! This priest is teaching a class on The Book of Common Prayer! Extra! Extra! Read all about it!”

Well, Paul finally has enough of this and casts the Python spirit out of the girl. This doesn’t sit well with her owners, and Paul and Silas wind up in shackles deep in the prison. That’s part one of our story.

As part two begins, Paul and Silas are singing in prison late into the night. Not even the stocks can restrain their joy because they know that God will make good use of them wherever they find themselves. And indeed, it’s not long before an earthquake opens all the prison doors and breaks the shackles.

The jailer wakes up. What will become of him? Only a few chapters ago, we read of Peter’s prison break in Jerusalem and how his guards were executed. Will it be any different in Philippi? Yet, shock of shocks, none of the prisoners have fled. Don’t they know they’re likely to get locked up again when they’re found? No, this doesn’t matter to them. They know they are free in Christ, and prison shackles cannot change that.

You know that soldier’s creed “No man left behind”? It seems that it applies also to these followers of the Way. They are remarkably aware of what might happen to this man who is not one of them, and they risk their God-given freedom to free the jailer as well. When the jailer asks Paul and Silas, “How can I be saved?,” Paul prescribes: “Believe on the Lord Jesus, and you will be saved, you and your household.” Then the jailer washes their wounds, and they wash his soul in baptism.

Have you ever been given freedom you didn’t ask for? What did you do with it? Did the one who freed you stick around to help you plan your next steps?

Jesus has indeed given his glory to his followers, “so that they may be one.” Even in the complicated power dynamics of our world, we are all fellow children of God in need of liberation from whatever binds us. Do you hear this message? When you grab an opportunity, whom does it affect? Are you taking them into consideration as well?

When my family moved out of our West Seattle home to go to seminary, we benefited from an increasingly strong rental market. Over the next seven years, as we lived and rented in Alexandria, Virginia and then in Bellingham, Washington, we never paid as much for our own rent as we were able to collect from those who were living in the house we still owned. This put us in an incredibly privileged position. Our property manager asked, “Why don’t you raise the rent? You could get hundreds more per month than you’re getting now!”

Yet the headlines spoke of the gentrification of our neighborhood, the outpricing of Seattle renters, the skyrocketing rate of homelessness. We raised our rent once in that seven years, between tenants, but not by nearly as much as we could have. We knew that as the privileged ones in the situation, we had a responsibility not to hold our renters in bondage. When the time came for us to return to our house, I feared for and prayed for our renters, whom we had never met and on whom we were now forcing an inconvenient freedom. Now that they had to give our house back and move elsewhere, would they be able to find a place they could afford?

Friends, we are all responsible to one another. That is central to our faith. We can’t always control the effects we have on others, and much of that is truly out of our hands. But we can always gain awareness of what we do have control over and make decisions based on Jesus’ hope for us “that we all may be one.”

It’s in that spirit that I want to return to part one of today’s story, the part about the slave girl. As you’ve sat and listened to me, has she stayed on your mind? Or did she just serve as a convenient plot device, a way to deliver Paul and Silas to prison so they could liberate their fellow prisoners and their jailer? Don’t settle for that. What happens to the slave girl?

It’s easy to remark that Paul frees the girl from bondage to an evil spirit, just as he frees others. But this isn’t good enough. As abhorrent as her situation was, the spirit-possessed girl had a use. Now she has nothing: no way of making a living for herself or anyone else. We don’t know how her greedy owners will treat her now, but I shudder to think. We can assume that even if she were freed she would have no family to return to, nobody who could take care of her. We don’t know how young she is. In the ancient world, children were generally viewed as useless until they came of age and found a way to make money for their families—or for others. But what now? Will she have to beg? When she gets a little older, will she have to sell her body to eat? What kind of freedom is this?

The jailer is an adult, and a man, and a Roman citizen. And he’s just been welcomed into the community of The Way—he’ll be fine. But when it comes to the slave girl, I think Paul has been shortsighted. Beware of forcing freedom on those who haven’t asked for it. They may have good reasons not to be free yet. This child’s freedom isn’t just inconvenient; it’s potentially devastating.

What could Paul have done differently here? Adopted her? Bought her from her owners? Baptized her into a large family of Jesus-followers? Don’t tell me that my concern for this girl is beyond the scope of the story. Paul and Silas risked everything to save the jailer, but apparently not the girl. And I’m not OK with this. This annoying little street urchin is forever enshrined in Holy Scripture to remind us that what we do matters, and that even the founders of our faith got it wrong sometimes.

This is the final week of the season of Easter. In the chronology of our calendar Jesus has ascended into heaven and left his disciples to make of this world what they will, full of potential and soon to be filled with the Holy Spirit. The consequences of Resurrection are spreading far and wide and becoming difficult to keep track of, but one thing is clear: as followers of the risen Christ, we make monumental decisions. We have even more responsibility than we had before, because we have been burdened with the power of love. We are, as the spirit of the Python correctly ascertained, “slaves of the Most High God, who proclaim to [the world] a way of salvation.”

This slavery is freedom, and I know that’s a line out of Orwell’s 1984, but bear with me. We are not victims, shackled by others. Rather, we have been freed from our old slavery of self-interest and narcissism and have become instead slaves to love. When we give ourselves away, we find that we are freer than we have ever been before.

Sometimes we mess it up. We are shortsighted and fail in our mission, and perhaps only future generations will be able to show that to us. Luckily for us, God’s grace continues to operate, making the best of the pain we continue to inflict on one another. And maybe we’ll never know what happened next in the life of that slave girl. Or maybe someday we will know; I hope in the great eschatological moment to have a good conversation with her.

For today we have also heard the very end of the story, from the Revelation to John, the final verses of the entire Bible, in which everyone who ever lived has come before God. We hear the God who created us say, “Come,” and we hear the Church say, “Come.” Those who hear the Church echo: “Come.” Then there are those who are thirsty and in need, and they repeat the antiphon: “Come.” It’s like ripples in a pond. We all spread out—disciples becoming apostles through the power of love. More and more people will trust in Jesus through our words and deeds. May we use our inconvenient freedom to care for one another, that we all may be one. Amen.