The Beginning of the End of Religion 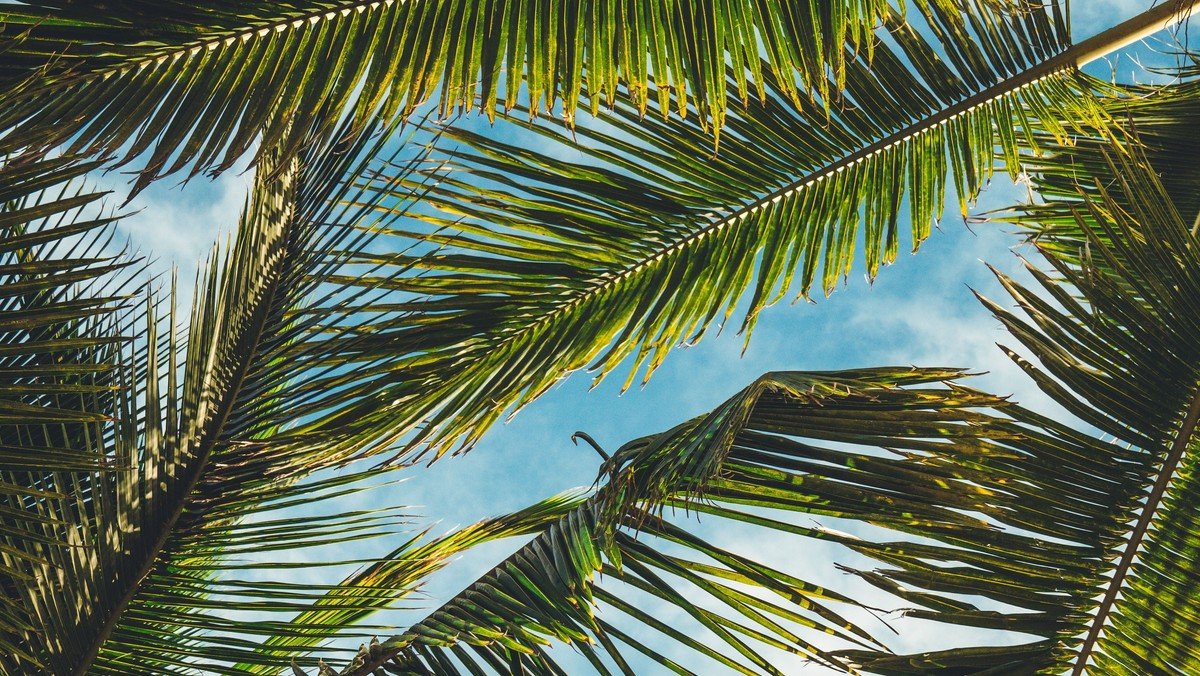 © Photo by Peter Fogden (from Unsplash)

sermon preached at Church of the Good Shepherd, Federal Way, WA
by the Rev. Josh Hosler, Rector
The Sunday of the Passion: Palm Sunday, April 14, 2019

And so it begins. It’s the beginning of the end: the end of the earthly ministry of Jesus of Nazareth. As the priest and prophet Zechariah wrote half a millennium before, the king has come to us, triumphant and victorious, humble and riding on a donkey. Zechariah told us our king would cause all war to cease, and that he would rule the entire world. This was our hope, and it had fed us for many generations. Now the time had finally come.

I was one of Jesus’ disciples. You haven’t heard of me, so don’t ask my name. I’m not one of the Big Twelve. But I was there. I saw everything that happened. And only now, after all these years, I think I’m finally beginning to understand.

Being with Jesus, we were in a constant state of euphoria. We were never in control with him around, but we didn’t care. We knew God was in control, and that was enough. It was like being in control, but much better, because we didn’t have to bear the responsibility of it. Well, that all changed. Have you ever felt as if unnamed mystical forces are driving the action? Like it’s just a movie and we’re all watching? The final week was like that.

It all started Saturday night in Bethany, when Mary poured a huge amount of spikenard on Jesus’ feet. Judas was all over Jesus for letting that happen; it seemed wasteful to him, with so many of our people living in abject poverty. But then Jesus said a strange thing: he said we’d always have the poor with us. Didn’t he want this whole thing to come to a head? His casual attitude worried us. I think that’s when Judas started getting ideas that were too big for him.

But the rest of us forgot about that for a while when Jesus said, “OK, gang, this is it. We’re going to Jerusalem.” This was what we were waiting for!

In private, we started sharpening our swords. We decided not to tell Jesus we were armed to the teeth. It seemed like he might object, and we really needed him not to object. After all, it was time to launch the Big One: quite literally, the war to end all wars. How else could this go? With the kind of charisma he had, this would be quick and easy, with a minimum of casualties. So we kept our swords carefully stowed and we waited. And then we rode into town.

It was the Sunday before the Passover, so Pontius Pilate was riding into town, too. Pilate rode in at the western gate with a vast array of soldiers, a show of might to flaunt all the power of Caesar. It was like, “Don’t you Jews get any bright ideas. We’ll let you have your Passover feast, but there’s been trouble in the past. And this year, nobody’s going to challenge the authority of Rome.”

I’m sure Pilate never learned about that other procession, the one we began on the other side of the city, at the eastern gate. As soon as we arrived, the people started showing up and laying palm branches at the feet of the donkey. It was the weirdest demonstration you’ve ever seen, because there was no dissent within the ranks. No troublemakers, no conflicting agendas, no need to reach for our swords. The people adored Jesus. They were ready to make him king, and we kept waiting for the Roman soldiers to face off with us. But the soldiers were all defending Pilate at the other end of town! They never knew.

Now, Annas and Caiaphas and their ilk were there, of course, and they didn’t approve. They kept trying to shush the people. But there were too many of them, and the priests knew how to protect themselves. So after a while, they just shut up and looked uncomfortable.

But for all that, Jesus’ idea backfired, didn’t it? It was an anticlimax: we got almost to the temple, and then he got off the donkey and told a couple of the guys to take it back to its owner. It was only then that we saw any soldiers; Pilate’s big parade had just finished. Our crowd kind of shrugged and dispersed; I think they were disappointed.

The rest of us entered the temple with Jesus on foot. He walked around for a while like he was casing the joint, noticing where everything was set up in relation to everything else. By then it was already mid-afternoon, so we walked the two miles back to Bethany to stay another night with Mary and Martha and Lazarus.

Jesus didn’t say anything about the failed procession. He seemed satisfied with the result. Whatever—we were embarrassed and wanted to put it behind us. So we listened as he briefed us on Monday’s plan: we were going to go right into the heart of the temple and cause a scene. Now this was more like it! Simon said, “OK, and then we whip out our swords, right?”

Jesus’ response confused us: “Look, we’re definitely going into danger, but you won’t need any swords today. We’re just going to make our point and get out of there.”

We started mumbling to ourselves. Jesus sure was taking his sweet time with this revolution. He had tens of thousands of devoted followers in town for the Passover feast. If he asked them to, they’d rise up and take the city from the Romans. Then we could buckle down for the real fight! There would be a siege, of course, but if Jesus could feed 5000 people with five loaves of bread, we could handle that without a problem. Before the year was out, we’d have our country back, and our Messiah as King! Why was Jesus squandering our big opportunity? We worried that half-hearted demonstrations of humility and minor acts of vandalism might not have the intended effect.

We were right, of course. Our little stunt against the money-changers upset a lot of people, what with Jesus running around smashing things and shouting, “God is not for sale!” I think the reason they didn’t grab him then and there was that they were so shocked. But after that, we watched our backs. We knew they’d seen us with him.

It was then that I decided Judas should have been not just the treasurer, but also the PR and marketing guy. Judas had friends among the Pharisee higher-ups, and he always had the big picture in mind. Jesus needed a handler, and Judas was the best person for the job. For one thing, Judas could have converted all those rambling parables of the Kingdom of God into catchy sound bites. But Jesus didn’t really want Judas to do anything. So Judas took his game elsewhere. And everything unraveled pretty quickly after that.

See, all this time we thought Jesus was up to one of two things. He was either going to kick out the Romans and reestablish the dominance of the Temple—that was what Simon and Judas wanted—or he was going to say “to Sheol with the temple authorities” and start his own religion. That was what I wanted. And whether or not he intended it, that’s what happened. That new religion became the dominant world power for a couple thousand years.

I don’t know if Jesus knew how all this would shake out. But I have learned a couple things since then. First, Jesus never rushed anything. He didn’t need to. He knew it was God’s plan, not his. Now, I believe God’s plan is still coming together. It could have happened faster, but we weren’t paying attention. And that’s OK. God is infinitely patient, and whatever plan finally unfolds will have God’s stamp of approval.

Second—and this is the important one—that day Jesus rode into town? In spite of everything that happened, I’m convinced it was the beginning of the end of religion.

That might sound confusing, so let me clarify. By “the end of religion,” I don’t mean the end of communities of faith. These are places where we can pool our resources and organize to help the poor, who are still with us. We need these groups to keep practicing what they do, because at their best, they are little pockets of the Kingdom. The Kingdom slips in quietly, through the back gate. But our swords don’t tend to help it show up.

We also need to get together to keep telling the parables—those rambling stories that can’t be reduced to sound bites. There was no way for Jesus to give us his message directly, as if God were some sort of mathematical formula. So through his stories, Jesus planted seeds in our imaginations—pearls, treasures for us to find … but we didn’t find them because we didn’t want to look. He mixed his yeast into the dough, but we wouldn’t let the dough rise. He invited us to go fishing, and he showed us how much sustenance we could catch if only we were hungry enough.

If we’d been paying any attention in my day, we would have seen that Jesus didn’t just tell us parables. In the end, he became one.

And so it ends at the beginning. The end of religion means the end of whatever rules get in the way of a deeper relationship. It means the elevation of the dignified sacrifices we make out of love for one another. It means the end of the transactional systems we create to try to “get right with God,” like: “God, if you do this for me, I’ll never do such-and-such again.” Or arguments about who’s in and who’s out. Or even the fear of death. Jesus’ time among us was a little taste of the day when there will be no anxiety or oppression, because we’ll all relax into God’s love and into loving each other. When we’ll really understand that God truly has given us everything we need.

Until then … until the end of the world if need be … let’s just live another day, and let’s be gentle with each other. Let’s not forget, at least not for today, that we are God’s beloved children. Let’s walk through this terrible, wonderful week with our eyes focused on the cross. Because our King understood that we must go through the cross to get to the crown.