It's Not About Us 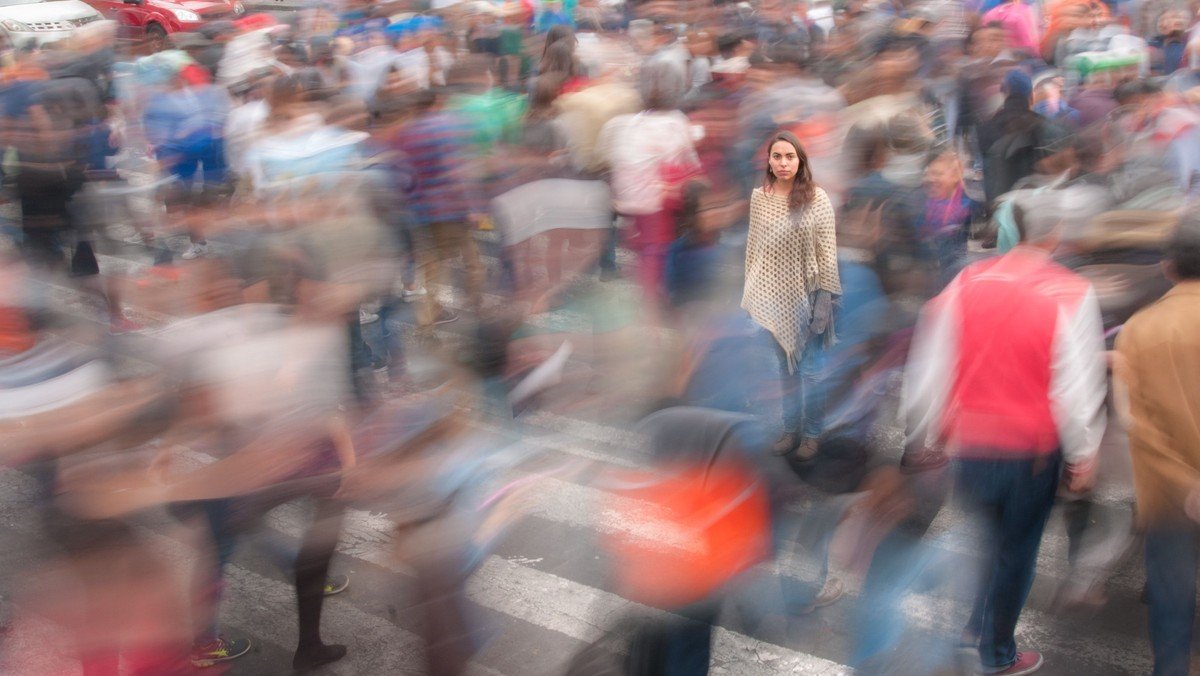 Back when I was the assistant manager of a music store, we used to joke that we could all get a lot more work done if these darn customers didn’t keep interrupting us. Similarly, I’ve heard it said, “The problem with the Church is that there are people in it.”

Paul had this problem right from the beginning. The seaport of Corinth in Greece was full of excited people who loved to hear new ideas and incorporate them into their worldview. So it was easy to attract new Jesus-followers, but it was bumpy work to keep them. And one of the most obvious bumps in the road of faith is … your fellow believers. How many people have written God off completely because of one cruel or thoughtless Christian? How many of us have said, “I’m so glad I escaped from my other church”?

Ever since Corinth, Christianity has had this problem. People want to know that the Christian life changes us. Christians shouldn’t even be capable of hypocrisy, right? But a faith proclaimed by unrepentant hypocrites or incompetent bumblers isn’t, by definition, false. Maybe there’s just been a misunderstanding of what we can expect Christianity to do.

A few decades ago, when Christianity was still the assumed religion of our culture, established structures and social pressures kept the Church lively. Back then we assumed that everyone went to Sunday school, and that what they didn’t learn about the Good News of Jesus Christ there, they learned through osmosis. But we were wrong. Over time, because of its conflation with the powers-that-be, Christianity came to be associated with good citizenship, moral living … even the idea of never actually sinning. And that’s quite the opposite of Christianity.

Look at the old cartoons where there’s an angel on one shoulder and a devil on the other. Is this what Christianity is all about—never giving in to spiritual temptation? Look at old-fashioned phrases like, “let’s solve this like good Christian gentlemen.” Think of old movies like It’s a Wonderful Life, with its charming but questionable theology of angels. Or a Christian music industry that offers the narrowest possible slice of Christian theology, mass-produced for widespread consumption. Christianity got turned from a radical counterculture of world-altering love to a yardstick for civic niceness and “getting into heaven.” How did we let this happen?

Well, at some point, people figured out that they could ask questions and demand answers. And thank God for that! But then, way too many people, working without a basic understanding of Christianity, concluded that this “establishment” version of faith was the whole thing. So they said, “Forget this. Religion is all a crock.” And out went the baby with the bathwater.

Today, many who have read the gospels still respect Jesus and may even describe themselves as Jesus-followers. But they’re not going to join that abusive, hypocritical, intolerant church—especially if they’ve been hurt or rejected. “I’m spiritual,” they may say, “but not religious.”

Establishments faced with anxious uncertainty tend to take refuge in creative but untested solutions. Some Christians have scrambled to preserve the Church by reducing our faith to a self-help program, an individualistic quick fix. Just follow the bullet points and pray the magic words. This attracts a lot of anxious people to gigantic congregations with slick marketing programs. But then, like the Corinthians, the minute there’s a snag, many people lose faith and drift away. This trend has been statistically documented for decades.

As for the Episcopal Church, in the past fifty years we’ve lost one third of our members. And that was before the pandemic. You may not realize this, but the fact that we at Good Shepherd have maintained about the same number of weekly worshipers over the past three years is unusual. Most churches have lost yet another third of their members—those who took the pandemic as an opportunity to disappear.

Wait, you say, time out! Isn’t the sermon supposed to be about Good News? Where’s the Good News?

Now, the New Testament contains precious few clear explanations of what, exactly, the Good News is. So if someone who knew nothing about Christianity came up to you and asked, “What is the Good News?”, how would you reply? Would it sound concise, intelligible, and attractive? What if you had to reduce it to a bumper sticker? Could you do the “Good News” justice that way? And even if you could testify that this Good News has transformed your life, what’s that to the other person? Is the Good News any better than the Keto diet or Crossfit or meditation or veganism?

Well, let me pause for a moment and offer you a starting place. One clear way to express the Good News is that it’s not about us.

Paul basically says this to the members of the church in Corinth. Notice that he doesn’t brag about how big the community is or how fast it’s growing. He’s trying to distance himself from all that:

I thank God that I baptized none of you except Crispus and Gaius, so that no one can say that you were baptized in my name. (I did baptize also the household of Stephanas; beyond that, I do not know whether I baptized anyone else.)

I imagine Paul’s scribe correcting him mid-paragraph: “Hey, what about Stephanas and his wife and kids?” And Paul grumbles and adds the parenthetical. But see, Paul doesn’t even remember who he baptized, because it was never about him. It was about God working through him.

Then he gets to his main point:

For Christ did not send me to baptize but to proclaim the gospel, and not with eloquent wisdom, so that the cross of Christ might not be emptied of its power. For the message about the cross is foolishness to those who are perishing, but to us who are being saved it is the power of God.

Paul’s Good News has everything to do with the cross. But long before he went to the cross, Jesus proclaimed, “Repent, for the kingdom of heaven has come near.” The Good News of Jesus, pre-crucifixion, was simply that God loves us and has, at long last and in keeping with what the prophets said long ago, come to be with us. And then Jesus called people to follow him—“come and see.”

So is the Good News about Jesus born, or Jesus teaching us a better way to live, or Jesus dying, or Jesus rising again, or Jesus coming back again in some way? Which part of that Good News is the most important part? We have to know this so we can slap it on a bumper sticker!

In our generation, Christianity is waking up to the realization that we proclaim not a quick fix, but a mystery. Have you ever tried to proclaim a mystery? That’s just not comfortable. But Christianity isn’t about comfort, or common sense, or conventional wisdom, or success, and to try to conflate it with those things just obscures it. In the Church, we tell you the most mysterious, compelling story you can imagine and dare you to believe it’s true.

And best of all, we dare you to believe that it’s not about us—it’s about the one we follow. Our challenge is not to be spotlessly clean and pure. Not to be theologically correct. Not to be self-assured and holy. Our challenge is to follow Jesus into the mystery. Christianity is a story, not a bumper sticker. And it’s a story that we are all characters in.

But nobody has the whole story. So I urge you not to feel insecure about how little of the Bible you’ve read or how little church history you know. To be a part of Christianity is to be a small part of this whole story, for better or worse. It’s a marriage of broken trust and overflowing grace. And it’s all possible not because we are big enough to handle these divisions, but because we aren’t. God is.

Those of us still in the church—or back in the church after a time away—are learning that our faith is deeper and broader than we realized, that it won’t let us remain in one place. Being a Christian was always meant to be challenging. In our time it is becoming more challenging—more like itself. The problem with the Church—and the purpose of the Church—is that there are people in it.

When I was called to Good Shepherd and wondered how to begin this work, a clergy colleague advised me, “Just love them.” Four and a half years later, I need this reminder again and again, and maybe it can help you, too. It’s not about us. It’s about Jesus, and that means it’s also about loving one another. Amen.