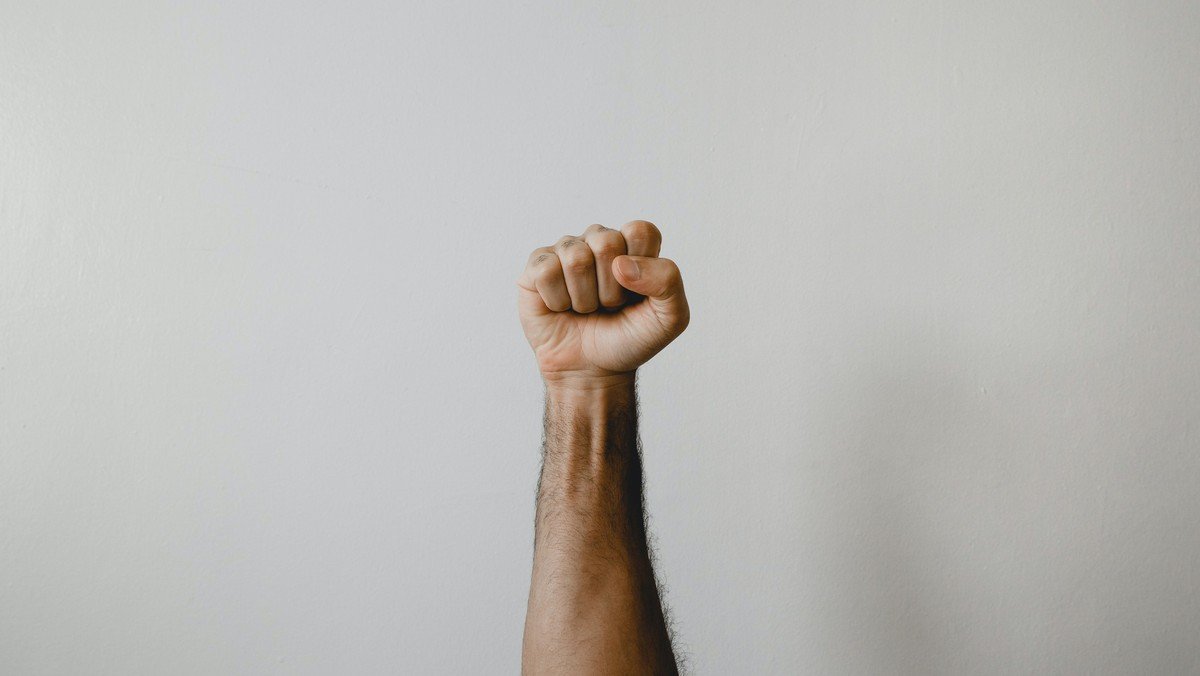 Once when we were kids, my brother Seth and I figured out that there’s a certain word that’s fun to say if you say it a certain way. That word is “power.” Said like that, it’s just another word. But now say it in a deep voice while slowly clenching your fist:

Yes, there’s a Darth Vader thing going on here. The guy formerly known as Anakin Skywalker falls into a category with lots of characters, fictional and otherwise, who have used POWER to bolster their villainy.

Of course, we use the word in lots of ways that are less sinister. You can power up your laptop, or wait for Puget Sound Energy to restore your power, or even empower shy people to speak. These are neutral or good uses of power—effectiveness. But we know that while you need power to get things done, those who amass power can easily use it to threaten and dominate.

Which of these two kinds of power do you attribute to a reigning monarch? The power to get things done? Or the power to force and bully? Probably both.

Well, the ancient Hebrew prophets possessed a third kind of power—a gutsy power that stands up and speaks truth to the other two. This third power may get things done, or it may appear to fail at that completely. It is a strength of character—a spiritual vigor that the prophets used to further God’s purposes instead of their own.

Now, it was common in the ancient world to refer to political rulers as “shepherds,” since the commoners were completely under their control. Good shepherds use their power to take care of their flock, while bad shepherds only take care of themselves. When the prophet Jeremiah speaks with God’s voice to complain about terrible shepherds who “destroy and scatter the sheep” of God’s pasture, he’s not naming names. But he might as well. Everybody knows he’s talking about Jehoiakim and Zedekiah, the last two kings of Judah. Jeremiah blames them for the impending exile to Babylon, which he decrees to be God’s punishment.

Jeremiah uses this third power to point to God’s power as revealed in multiple ways. In the same breath in which Jeremiah proclaims God’s power to cause pain, he also proclaims God’s power to heal and make things right. God doesn’t want to destroy the chosen people, but to provide better leadership for them: God’s anointed king, a new descendant of David who will be wise and just, not foolish and corrupt. And so we find the seeds of the expectation of a coming Messiah, the true king for a restored kingdom.

When the Messiah comes, what kind of power will he wield? The kind that dominates and destroys? Or the kind that gets good things done? Depending on how cynical you are, you might see those as one and the same. I mean, if you want to make an omelet, you have to break some eggs, right? Politics is the art of the possible—and if it’s possible to get good things done, it will necessarily be at the expense of those who disagree about what count as “good things.”

Such is the conventional wisdom of all our political leaders throughout the history of the world. But God’s wisdom is nothing if not unconventional, and Jesus brings this unconventional wisdom to us. Jesus stands as the culmination of all the ancient prophets, uniting them and transcending them. When Jeremiah says that God will bring the sheep back to the fold “and none will be missing,” he means it. Jesus means it, too. God’s justice will not be at anybody’s expense, but for everybody’s benefit.

What will it take to accomplish that? A Messiah who comes stomping in and fixing things by force can expect resistance from those with military might—and the resisters would then become his enemies. Even a Messiah who uses his influence to effect positive change in the world can expect opposition from those who think there are better ways to go about it—and the opposition would then become his adversaries. How can any Messiah truly bring unity and peace and a restored kingdom in which “none will be missing”?

Well, today is the Last Sunday after Pentecost, a day specifically called the Feast of Christ the King. If you had to pick just one passage of Scripture to illustrate the royalty of Jesus, what would it be? What passage would best demonstrate the kind of power that holds out such hope for us as Christians—that points the way directly toward the security we find in union with the Father, Son, and Holy Spirit? What passage makes clearest that nothing and nobody will prevent God from guiding all of us home into a fully redeemed creation?

Behold, here is your king!

He’s been detained and beaten, and now he’s dying in agony.

And look: as he is dying, he is forgiving. He is praying for God to forgive the Roman soldiers who drove the nails into his hands and feet. He is not responding to the mockery that surrounds him. He’s just hanging there, taking it all.

What kind of power is this?

Only one kind of plea is worthy of Jesus’ response at this point: the plea of a convicted criminal who knows full well how guilty he is—a man who insists, despite all evidence to the contrary, that Jesus is still going to win here.

How can the thief still believe this? Thousands praised Jesus’ name and laid palms on the way for his donkey. Even his own followers were ready to fight. None of this amounted to anything. Jesus has blown every opportunity to seize worldly power. It was right there for the taking. It would have been so easy!

But that kind of power cannot possibly bring about the kingdom God has in mind, because it would divide the world into allies and enemies.

No, there’s only one way for God to triumph, and the solution lies in that third kind of power: the kind that speaks the truth and suffers the consequences.

It’s the same kind of power that Jesus instructs his followers to use when he urges them, “Take up your cross, and follow me.” Not to dominate—not to be opportunists at others’ expense—but simply to be convicted that Jesus is the king, and to share that good news with the world, regardless of the consequences. Just to share it—not necessarily to succeed in convincing anyone. Just to spread joy—not necessarily to end all sorrow.

Doesn’t all this just fly in the face of reality? How can any of these things be?

Yet we don’t have to hunt for long to see that the dominating kind of power can only get you so far. We all watched this week as Elon Musk bullied Twitter into a shambles. We continue to watch as governments in Iran and Russia cling to power at the expense of murdered children. We watch the situation in Congo, where the New Hope Center for Grieving Children, which we support with our money, is threatened by the rise of terrorist groups all around it.

So much for the first kind of power.

The second kind of power, the power to get things done, is far slipperier to apprehend, because we admire it so much, and because we can and should use it throughout our lives. I am truly rejoicing at the prospect of Good Shepherd’s first balanced budget in 15 years—that’s truly good news!

But it’s not the Good News. It would be so easy to let such short-term successes distract us from God’s eternal goal of universal reconciliation. At best, our little congregation will only ever represent a tiny step forward in God’s plans. And God’s plans will come to fruition with or without our balanced budget—with or without people filling our pews and making our ministries thrive—with or without Good Shepherd existing at all.

The power to dominate and the power to get things done can both hold us back. They can take our eyes off the true king—the king who reigns even now from the cross. This king is for you and for me.

If we’re going to aspire to anything at all, let’s aspire to be like one of the thieves hanging next to Jesus—but not the one mocking Jesus for his apparent impotence, the one still trying to cling to that Darth Vader kind of POWER because he knows no other kind.

No, let’s be like the other thief who, though suffering like Jesus, has not let go of his human dignity. He knows his guilt, and he knows his pain, and all he asks is that Jesus remember him. Now that’s power.

The difference between these two thieves is not that one has fully repented and the other has not. It is, rather, a difference in orientation to the one coming to save. One says, “I see that you have no power to save anyone, so now I scorn you.” The other says, “I don’t know how you could possibly save, but I do see that you are suffering innocently for no reason. You are a victim of a grave injustice. So I choose to cast my lot in with you!”

You are a subject of Christ. Your citizenship has been transferred from the world of earthly powers into God’s kingdom. Will you allow this king to be your good shepherd?