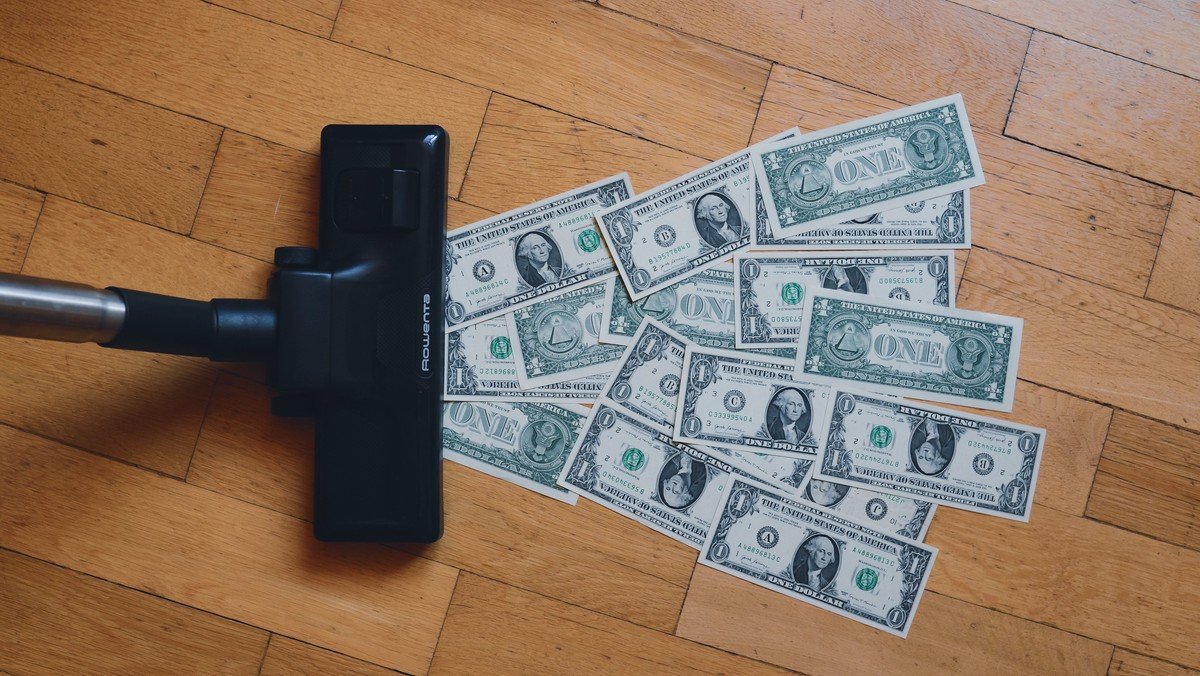 We hate it when people game the system. When someone cuts in line ahead of us, or takes thirty items into the 15-items-or-less line, or sneaks in and steals the parking space we’ve been waiting ten minutes for, it really gets our goat. My annoyance is with drivers who have lately decided, seemingly en masse, that their blinkers are no longer necessary in any situation.

The prophet Amos is upset about such people today—well, not irresponsible drivers, but those who game the system. He accuses merchants of using their undue power and influence to defraud the poor, waiting with bated breath for the religious festivals to be over already so they can get back to cheating people with their false scales.

But you know, we also love it when people game the system. I bet all of us who saw the movie Ocean’s Eleven found ourselves rooting for the thieves, just because we wanted to see how cleverly they could pull off the big heist. And Christy and I recently enjoyed binging the TV series Leverage, about a team of reformed thieves who game the system in return, achieving justice and payoff for innocent victims.

Yet it’s not just about cheering on the righteous Robin Hoods. A large subset of Americans expresses great admiration for those who have figured out the loopholes—who avoid paying taxes, or who rely on corrupt lawyers to keep them out of jail and living large. I think that secretly, many people believe they could be that kind of person, given just a little more money. But for now, maybe they’re scouring the internet for get-rich-quick schemes.

We do seem to come hardwired with an understanding of fairness. As long as the system is treating us well, we’ll happily play by the rules and scorn those who don’t. But it doesn’t take much of a beatdown from life to come to feel entitled. When life is hard, we tend to think the universe owes us something. Our yearning for justice enables us to imagine a larger system in which we all eventually get what we deserve.

This leads to our popular, conventional understandings of heaven and hell. Ask any person off the street about heaven and hell, and they’ll explain it to you very simply: “Oh yeah. Good people go to heaven. Bad people burn for all eternity.” And if they’re even a little bit jaded, they may be glad to tell you exactly how assured they are of their own place in heaven, and who exactly has a fiery fate in store—either people who have hurt them personally, or high-profile people they believe to be causing broader harm. This cosmic form of justice is the larger system that helps them make sense of the ongoing injustices in our world.

It’s the premise behind the amazing TV show The Good Place, which plays cosmic point-scoring to its logical conclusion.

Guess what? It doesn’t work.

Likewise, the hilarious, irreverent film Dogma envisions a couple of fallen angels trying to take advantage of the Roman Catholic Church, using a biblical loophole to sneak into heaven. If they can game the system, God’s hands will be tied, and God will have to let them back in.

There are many religions on earth, and there are wise and foolish people following every religion, and there are wise teachers and lazy teachers of every religion. And always the popular, easy-to-swallow version of each religion tends to fall back into some sort of economics: do this, and you’ll get that, because you earned it. But the world keeps waking up to the fact that every transactional economy eventually fails. And throughout the Bible, there is a counter-narrative that calls that whole system into question.

We have just heard one of the most puzzling of Jesus’ parables, popularly called the Parable of the Dishonest Manager. Let me say right now that in preparing this sermon, I consulted one of my usual sources, a series of books called Feasting on the Word. I read the perspectives of four accomplished theologians on this parable, and guess what? Each one offered a different explanation, and I didn’t find any of them all that satisfying. In other words, the most renowned Christian thinkers in the world are still chewing on this story, and nobody has a corner on a correct interpretation.

So I may as well throw my hat into the ring. What’s one more heretic?

First, I do want to suggest that the Dishonest Manager is Jesus. Most interpreters agree on that much. Multiple times in the gospels, Jesus gives us parables that appear to be about him or about God the Father, cast as a sketchy character. The place where I want to go out on a limb is to suggest that the rich man who employs the dishonest manager is not God the Father. Instead, let’s call him Popular Religion.

Again, what does Popular Religion offer? A transactional system, such as a rich man might employ for the purpose of keeping his books. The money dictates the decisions, so if you suspect your money manager of dishonesty, of course you fire him. The rich man’s mistake is that he doesn’t call a security guard to bring moving boxes and immediately escort the manager to the door. This gives the manager just enough time to make one desperate move. He calls together the people who owe his boss money.

“OK,” he says to them, “we’re going to cancel a portion of your debts.”

Now, here’s where different scholars bring different interpretations. Could it be that the manager is subtracting his own commission? Could it be that he’s subtracting only the interest, which is forbidden by Jewish law anyway? Either way, the debtors are happy. But I think if the situation were that specific, Jesus would have said so; there’s no point trying to make the dishonest manager honest when Jesus specifically calls him dishonest. The point is that the debtors are suddenly much less in debt—like many former students in America today.

Of course, forgiving this debt is an offense against Popular Religion. People are supposed to pay their debts! But the manager is already fired. The best he can do is make some friends in a creative way, and perhaps he has succeeded. Maybe one of these folks will give him a couch to crash on while he’s out of work.

And look—the rich man just found out what happened. Will he hit the roof over his sudden loss of potential income? Here’s the twist (and every parable has one): he is pleased about it! It’s like he’s been watching one of these heist movies and can’t help but root for the bad guy: “Wow, that was some cleverly accomplished deception! Well done.”

Jesus is gaming the system, and he is teaching Popular Religion a lesson.

One of the most popular understandings of Jesus is that he paid humanity’s debt to God the Father by going to the cross. In most versions, it’s God the Father who sets this up, giving his own son to be punished and murdered in our place so we can be forgiven. If you squint a little, it might kinda sorta make sense.

But it’s also the interpretation most likely to make people leave Christianity behind. If our sins put us in debt to God, whose fault is that? Didn’t God create us as imperfect beings who can’t naturally be good all the time? If God is all-powerful, why does God need Jesus to die to cancel the debt? Is there some system of justice even larger than God, against which God must not offend? Furthermore, how could we ever trust a God who arranges to have his own son killed for the sake of others? If this is the case, Jesus is still enslaved to Popular Religion, and so are we. Any God who would institute and maintain such a system is no better than the merchants with their false balances.

The theory of penal substitutionary atonement runs deep in Christian tradition, and today many Christians use belief in it as a litmus test to discover whether you’re a “real Christian.” But it’s not universal to Christianity, and it doesn’t go all the way back—it was first proposed by Anselm of Canterbury in the eleventh century. Honestly, I think the only thing that kept it dominant for so long was the worldly power of the Church—power that is decreasing by the day as people throw away Popular Religion.

What they don’t realize is that Jesus threw Popular Religion away, too.

When Jesus goes to the cross, he goes not to drive our debt down to zero, but to flout the whole system of debt. This is because love cannot thrive transactionally. As long as we think God’s love depends on our being better people than we are, and as long as we imagine God to hold that debt over our heads, we cannot truly be free to love.

We hear in the First Letter to Timothy that Jesus is our mediator and ransom. But Jesus is not a mediator to God, because Jesus is an expression of God, not an adversary. Rather, Jesus is our mediator to the life-killing system of debt. He shouts, “No more!” and steps in publicly as a ransom to destroy everyone’s expectations. He will become unemployed, redundant, unnecessary … dead to the world. He will take with him all the ways of Popular Religion. They will be buried with him in his tomb.

And when Jesus returns—because Love cannot stay dead—we are free to love freely, without keeping score.

You do not owe God a debt, because it was never about debt. Jesus has gamed the system, exposing it for the fraud it always was. You have God’s love no matter what, and now you have a free choice. Will you continue to keep score and live by that deathly system? Or will you serve the God who creates us, loves us, and calls us joyfully to love one another?